The Undrafted Story: Getting to Know Myles Powell 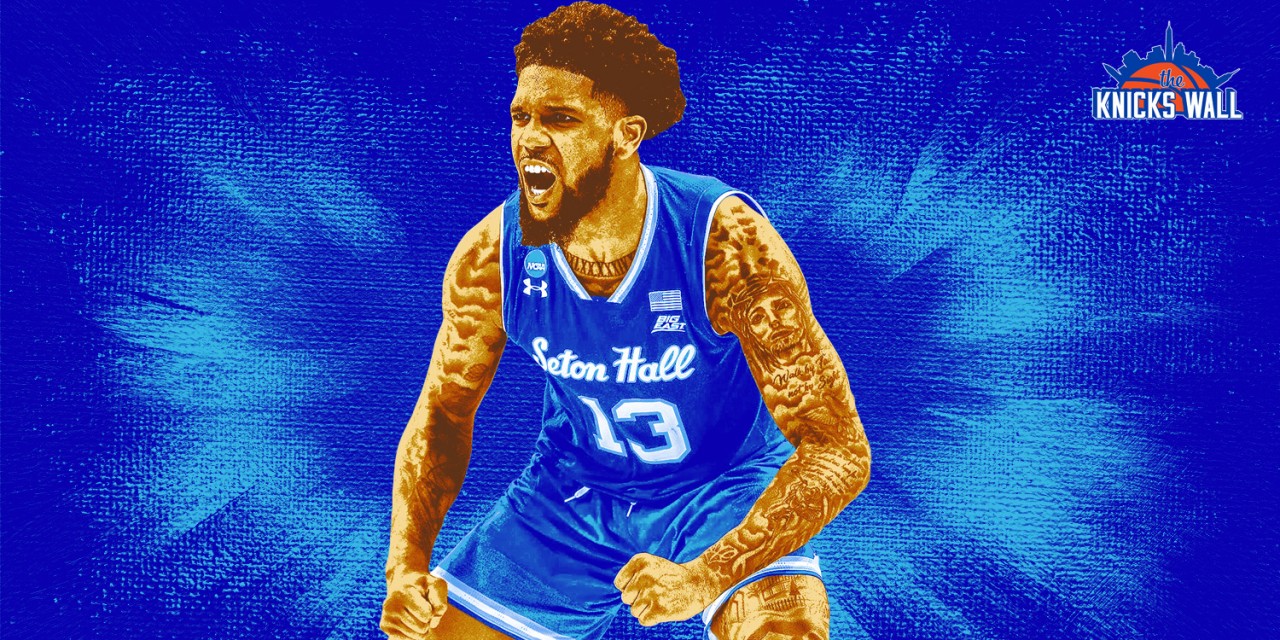 Myles Powell is a legend around Seton Hall hoops fans, but the undrafted guard comes to the Knicks with plenty to prove.

Last Thursday, former Seton Hall Pirate standout guard Myles Powell signed a training camp deal with the New York Knicks, one night after not seeing his name called on draft night. The former Big East Player of the Year was quickly plucked out of the undrafted free-agent pool by New York, who is in desperate need of upgrades at the guard positions.

The 6-foot-2 guard from Trenton, New Jersey, was a three-year starter at Seton Hall, averaging 21 points, 4.3 rebounds and 2.9 assists during his senior campaign, per Seton Hall Athletics. Powell is one of the most storied players in SHU basketball, finishing as the third leading scorer in Pirates history and was the first Seton Hall player to be a consensus first-team All-American since 1953.

Powell was a huge part of the resurgence of Seton Hall basketball over the past four years. Before the star guard joined the program, the Pirates only reached the 20-win mark twice this century (2003–04 and 2011–12), per Sports Reference. In Powell’s four years with SHU, the team won 20-plus games in all four seasons and proved to be worthy competitors of other Big East powerhouses like Villanova, Marquette, and Butler. If not for the abruptly shortened college season and cancelled NCAA tournament, due to the coronavirus pandemic, who knows how far Powell could have taken his team during his last season in South Orange.

One cool anecdote about Powell is that he he very good friends with Obi Toppin and the two have been seen on social media working out together and training for the draft. Hopefully, these guys will get to suit up together and be an exciting duo for years to come.

First and foremost, Powell is the definition of a gamer. Anyone who has tuned into Big East basketball over the past four seasons knows the name Myles Powell and knows how intense and fearless his style of play is. The 23-year-old is an alpha who is going to bring an edge and a tenacity to the Knicks, assuming he gets the opportunity to see the court.

Powell is not only a tough competitor, he is a natural scorer who has the potential to be instant offense for the Knicks, a department they have been lacking in seemingly forever. The guard is really good at getting open and gives himself plenty of space to properly utilize his unlimited range.

Powell can erupt very quickly at any moment of a game and has repeatedly taken over contests in a moment’s notice. He is not only a capable scorer from the perimeter, but can also make an impact inside the paint, where Powell frequently uses his very quick first step to slash into the lane and finish in a crafty but strong manner, despite his shorter stature.

Powell’s flare for the dramatic has also made him one of the most exciting offensive watches in college basketball over the past few years, as he has consistently exuded tremendous confidence to take the big shot, regardless of the opponent or situation. His experience playing at Madison Square Garden in Big East conference tournaments is also a plus for the Knicks and no stage will ever be too big for him. The “it” factor is definitely there for Powell.

Finally, Powell is a very intelligent player with a high basketball I.Q. In today’s day and age of college basketball, the one-and-done players are the ones that usually garner all of the hype and attention, but there is something to be said about a four-year player like Powell, who has been through countless battles and experiences. Although he is on the older side for a rookie at 23 years old, competing at such a high level in college for the full amount of time should have prepared him to be one of the more mature and NBA-ready rookies we see coming out of the 2020 NBA Draft.

Like many other rookie counterparts, Powell’s defense is a question mark, mostly due to his size and not his willingness to buckle down and guard. At 6-foot-2, Powell could struggle to guard bigger guys at his position in the NBA and might not be able to hold his own on that end well enough to maintain big-time minutes. His heart and the effort is definitely there, so I don’t envision this being a huge issue, but it’s definitely something to keep an eye on. If Powell can be more active in the passing lanes and become more physical on that end of the floor, he could for sure be a serviceable defensive player.

Another thing Myles Powell struggled with at Seton Hall, that might be an issue in the NBA is his efficiency. Often, Powell would need to hoist many shots, scoring in volumes—sometimes turning trigger-happy and get too wrapped up in the game, influencing his decision-making.

As we’ve seen from many players, it’s just as easy to shoot your team out of a game than it is to shoot your team back into a game. Powell will need to work on his shot selection and be more of a facilitator at certain points, which might be a difficult transition for a score-first guard.

Finally, Powell will need to work on his ball-handling skills, given his small size. Powell will likely have to be featured at the lead guard position and not the 2 guard spot due to his stature, so his ability to handle the ball in pressure situations will likely be an important factor as to if he is able to see ample minutes at the professional level. Powell struggled with turnovers in college, averaging nearly three cough-ups per game, via Sports Reference. Improving his ball-handling skills can go a long way in cutting down those turnover numbers.

Fit with the Knicks

One of the main reasons why I love the Myles Powell acquisition so much is the fact that he is such an offensive threat. I can envision Powell being a big contributor off the bench for the Knicks and someone you can trust down the stretch of games to go get a bucket or make an exciting play.

Since the Knicks inexplicably buried Allonzo Trier at the end of the bench and eventually got rid of him, they lost their instant offense—a department on which the Knicks cannot afford to cut back. I believe Powell can fill that role effectively, as long as he continues to work on the weak points of his game, which I have the utmost confidence he will.

Powell is a team player and I have no concerns about a potential fit here in New York. The guard will compete night in and night out and could even serve as a mentor and teacher to younger guys like R.J. Barrett, Mitchell Robinson, and Kevin Knox, among others. Overall, this is a low-risk, high-reward signing that could work wonders for the Knicks as they try to rebuild their culture.