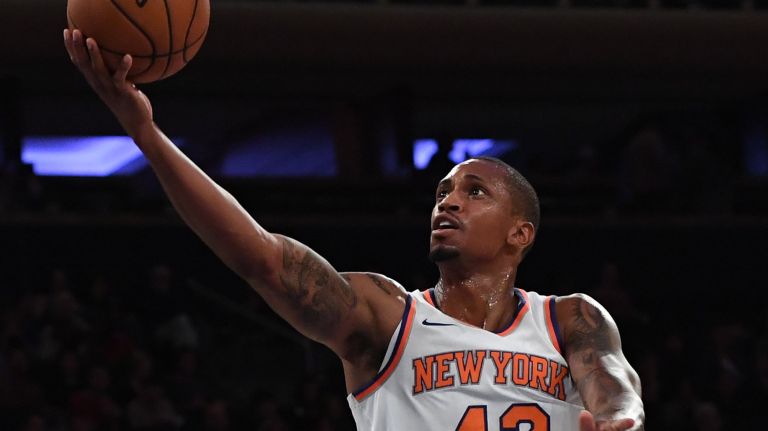 The longest-tenured Knick, 31-year-old Lance Thomas was due to earn $7.5 million next season, but New York chose to keep cap space flexibility.

The New York Knicks are waiving veteran forward Lance Thomas prior to the start of free agency, per The Athletic’s Shams Charania. Thomas is the longest-tenured player on the team following his arrival in New York via the three-team deal with Cleveland Oklahoma City in January 2015, which sent Iman Shumpert and J.R. Smith to the Cavaliers.

By waiving Thomas, the Knicks will pay the former Duke champion $1 million, despite Thomas’ unguaranteed deal as specified in his contract.

Thomas was the Knicks’ co-captain with veteran guard Courtney Lee. When Lee was included in the Kristaps Porzingis trade to Dallas, Thomas continued to support his young teammates while his role gradually diminished over time.

At the end of the day, though, New York could not pay Thomas his $7.5 million contract next season as the franchise hopes to make a splash—or two—in free agency. With nearly $70 million in cap space available, Thomas’ unsubstantial performance and his contract stood in the way of the Knicks offering max contracts to premier players and top targets who include Kevin Durant, Kawhi Leonard, and Kyrie Irving.

While the complicit Thomas understood his role as the lowly Knicks were more preoccupied playing the young guys this past season, it’s not totally official the team could part with Lance forever. As an unrestricted free agent, Thomas might consider the Knicks again should they offer the forward a veteran’s minimum contract in order to continue helping mentor the moldable young core with head coach David Fizdale.

»READ: What do the Knicks do with their veterans?