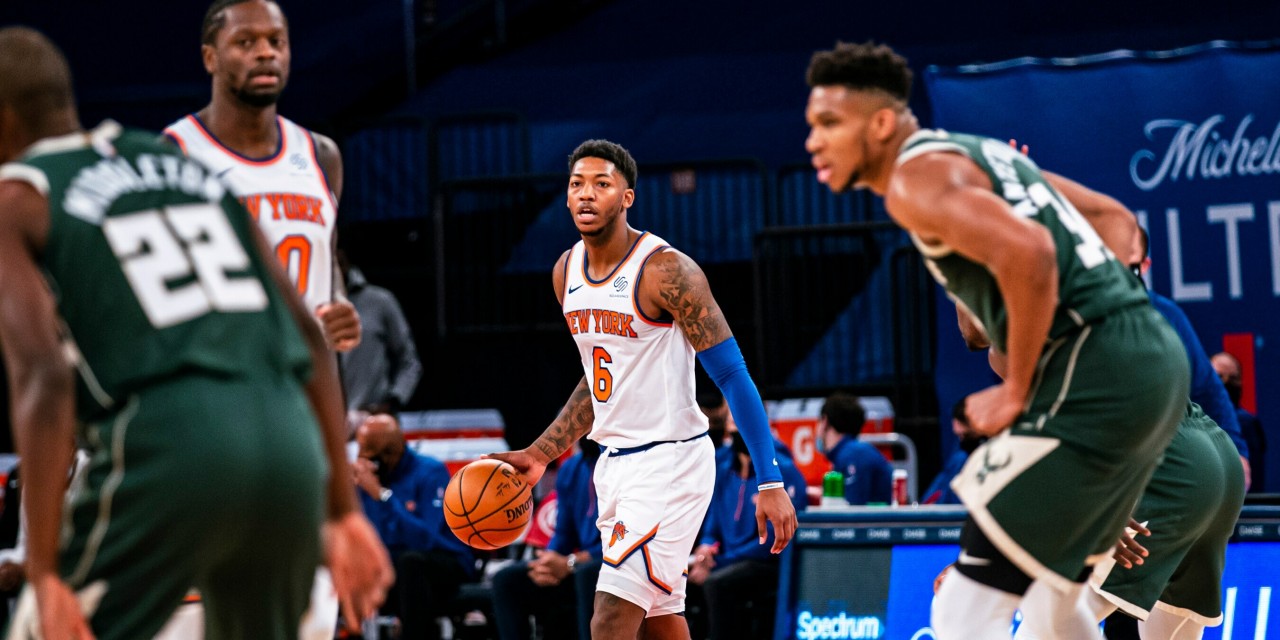 The Knicks were completely in control in what would end up being a rout of Giannis Antetokounmpo and the Bucks on the second night of a back-to-back.

This was a fun one.

After losing to the Philadelphia 76ers the night before, it certainly felt like the Knicks were in a position to lose back-to-back games, considering the defending regular-season Eastern Conference champions were in town. However, in this current climate of no fans, the Bucks never totally got comfortable, while the Knicks were able to get hot and stay hot.

While it was a quiet night for their young players, the veterans took over for New York. Elfrid Payton was good, with everything falling for him, including three three-pointers. He ran the pick-and-roll well and kept the offense balanced for the most part. Julius Randle also assisted in preserving a lead for New York, using his size and handle to take various Milwaukee bigs off the dribble for finishes at the basket. If Randle didn’t finish, he was fouled.

Of all the small takeaways for New York, it’s their defense playing well. The Knicks held the Bucks to 43.2% shooting from the field. Some of that was three-point luck, with Milwaukee shooting 7-of-38 from three-point range, but Mitchell Robinson was great at the rim and everything fell into place in holding Milwaukee’s non-stars in check.

New York even survived the dreaded “Knicks third quarter,” where everything seems to go wrong. When Reggie Bullock fouled a Bucks shooter for a four-point play, the game seemed to be swinging in Milwaukee’s favor. However, the Knicks withstood that with two sensational performances from Randle, Payton, and Alec Burks, who had a great game off the bench and continues to shine early in his New York tenure.

The Knicks led by 28 points at one point in this game. It’s early in Thibodeau’s reign, but that was a game that shows, little by little, that the culture seems to be changing in New York. Here are some game notes.

The Knicks are in Cleveland on Tuesday night.

»READ: RJ Barrett defends cold night in Sixers loss: “It’s not about me. It’s about the team’s success.”