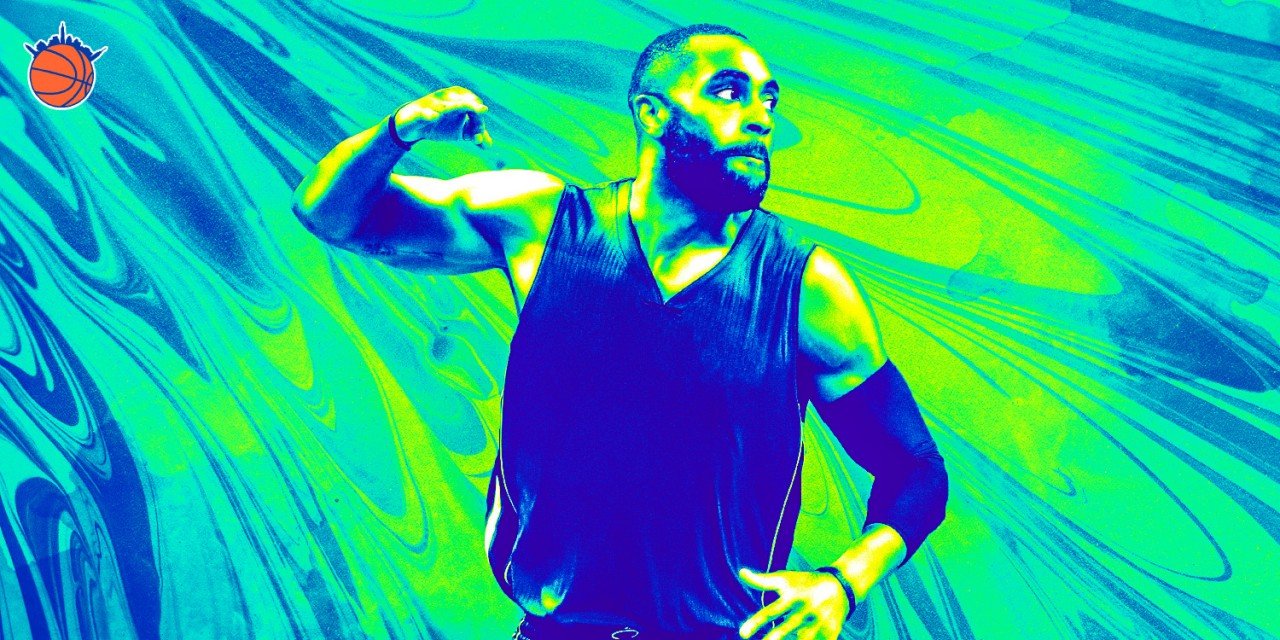 The Knicks signed free agent shooting guard Wayne Ellington in the offseason in an attempt to remedy disastrous spacing of yesteryear.

When the Knicks’ offseason plans of signing a pair of superstars went awry, the team responded by signing several mid-tier free agents to movable, short-term deals. Despite detractors deriding the front office for signing four guys who either will play the 4 or can spend time there, the front office maintained flexibility and loaded up on players who could at least be flipped to a contender at this or next year’s deadline.

It’s tempting to imagine this roster as a placeholder, until either the young core develops and takes over, or New York finally lands a star in the next year or so. However, as unpredictable as the NBA can be, and as exciting as free/pre-agency is, we saw what expecting free agents gets you, and development is never guaranteed. Meanwhile, a team that won 17 games last season added several NBA-level players, and their impact on the court—not just as assets—should be examined.

In addition to the bevy of big men they signed, the Knicks also added point guard Elfrid Payton, and shooting guards Reggie Bullock and Wayne Ellington. And apart from Taj Gibson—who can serve as a leader on and off the court—the 31-year-old Ellington is the team’s oldest player.

While most of Gibson’s value as a player come from his defensive intensity, Ellington provides the team with another much-needed skill. Last season New York shot 34.0% from three, the third-worst percentage in the league, while making 10 a game, tied for the fifth-fewest in the league. Ellington’s a career 37.9% shooter from deep. Last season he took 8.6 shots per game, and 7.0 of them were attempts behind the arc. They went in at a 37.1% clip. Not counting Tim Hardaway Jr. and Wesley Matthews (who were traded for each other near the deadline and averaged 7.3 and 5 three-point attempts per game, respectively), Kevin Knox led the team in shots from deep with 4.9 a game.

Merely being on the court with Ellington will hopefully inspire the rest of the team to let it fly. Since their 54-win 2012–13 season when New York led the league with 32.6% of their points coming on threes, the Knicks have gone in the exact opposite direction as the rest of the league. Over that span, as most teams abandoned mid-range twos, the Knicks have ranked third in points from the midrange once, second twice, first twice and eighth once (last season). While the 5.6% drop that occurred in Fizdale’s first season with the team is promising, 11.8% of points from the midrange is still too high.

The Knicks had shooters as well; Allonzo Trier and Damyean Dotson shot 39.4% and 36.8% from deep, respectively, but combined to take just 6.8 threes a game. They should each shoot that many per game next year. Since Ellington also plays the 2, the three will likely be spending a lot of time together, and hopefully some of Ellington’s tendencies rub off on the young Knicks.

Even if threes aren’t as contagious as analytically-minded fans may like, Ellington’s presence will help space the floor better than anyone on the roster last year. The Knicks are still a big team, but with a defender having to stick with him on the arc, ball handlers will have more space to drive. Factoring in Mitchell Robinson diving towards the rim, New York’s point guards have certainly been asked to operate with less.

Figuring out just how good Dennis Smith Jr. is, and trying to salvage any offensive potential in Frank Ntilikina, are priorities one and two at point guard this season. More threes and more space are only going to help the young guards, and by extension the rest of the team.

Ellington also appears to be well liked by former teammates. Last season he was traded by the Miami Heat to the Phoenix Suns, and then waived, which allowed him to sign with the Detroit Pistons. After Miami’s next match up with Detroit, Dwyane Wade chose Ellington for the post-game jersey swap. Additionally, Miami’s head coach Erik Spolestra called him “a walking cheat code…our version of this generation of the Miami Heat of Ray Allen.” With the constant funk around MSG, there’s something to be said for adding guys people seem to get along with, especially when they’re also a deadeye shooter from deep.

And finally, Ellington does have value as a potential trade chip. Signing him to a two-year, $16 million contract means that the Knicks have plenty of options if they do decide to move him. He can either be sent to a contender looking to add another knock-down shooter, or the $8 million he makes per year can be used to make salaries work in a larger deal. Plus there’s no rush; while the return for a year-and-a-half of Ellington would be more than for just a few months of him, there will always be a market for a shooter like him.

»READ: Elfrid Payton and the career makeover opportunity with the Knicks

Where Does Kenny Wooten Fit in All of This?