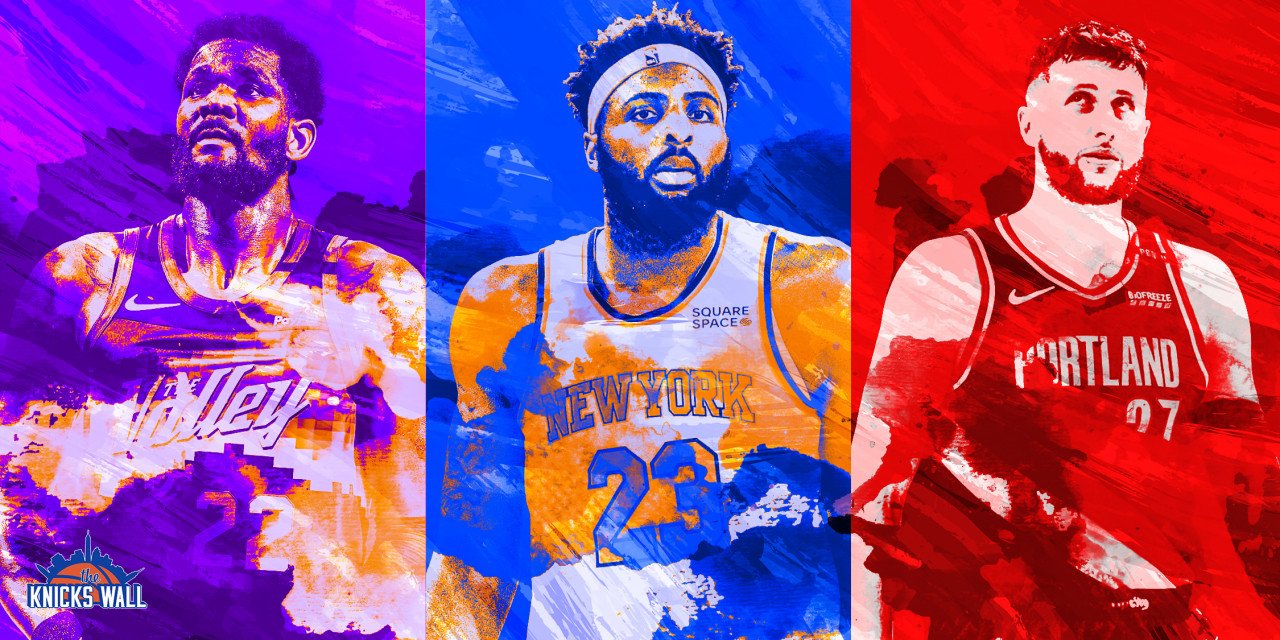 The center position remains an elusive problem for the Knicks going forward with Mitchell Robinson set to become a free agent, Nerlens Noel injured, and Jericho Sims a raw product.

After a two-headed monster carried their defense in 2020–21, the New York Knicks find themselves with more questions than answers regarding their center position in 2021–22, and ultimately directionless heading into the 2022 offseason. The combination of Mitchell Robinson and Nerlens Noel was rock solid last season, giving New York and head coach Tom Thibodeau a formidable duo to anchor a top 10 defense.

However, this season has fallen off a cliff. Noel, a recipient of a three-year, $32 million contract, has been injured and when he has played, maintained below-average offensive production. Mitchell Robinson, a pending unrestricted free agent, came into the season out of shape but has turned the corner, enough so that teams like the Detroit Pistons have been rumored as suitors. Last year’s second-round pick Jericho Sims has flashed recently and could enter the equation for the 2022–23 season.

It all equaled up to uncertainty about the position heading into next season. Noel is probably salary filler at best in a potential trade, while Robinson could leave without giving New York anything in return. Sims could replicate a portion of their output, but not all of it. Ultimately, it leaves New York attempting to figure out how to fix one of the tougher positions to maximize in the game.

One internal option is Obi Toppin as a small-ball center. With Tom Thibodeau remaining for another season, it doesn’t seem likely, but Toppin should be in line for more minutes at center. Not only has he slightly improved as a passer and decision-maker, but his defense has improved as well. Toppin won’t be confused with Rudy Gobert, but he could offer a mobile option who can give New York another element offensively for five-to-eight minutes at a time.

However, if New York decides to look outside the organization to improve the position, there are a few players who can impact the Knicks for the better. Should the Knicks look towards free agency, the draft, or even a trade to fix the position?

Can the Knicks find someone who can “pass” the test?

Tired? The Knicks could use an upgrade at point guard to help the passing.

Wired? The Knicks could use an upgrade at center to help the passing.

Among one of New York’s biggest issues, this roster lacks passers and ball-movers. Julius Randle and RJ Barrett are set to be lead offensive hubs for the foreseeable future on this team, but the rest of the team lacks the ability to keep the play moving. This season, the Knicks rank 27th in the league in assist-to-turnover ratio, 30th in assists per game, 27th in two-point field goals assisted, 20th in three-point field goals assisted, 21st in passes made, and 30th in potential assists.

The point guard position is most notable here, but I wonder if the centers on the roster and their lack of offense hurt as well. Robinson is largely a rim-running big man, who garners the majority of his offense off of dunks, put-backs, and rebounds. Noel’s offense is nowhere to be found outside of the occasional hook shot. Sims’ offense mirrors Robinson, but he has shown the ability to make simple passes and handoffs. New York’s center position, largely used as a defensive fulcrum under Tom Thibodeau, could use some improvement on the offensive end.

You can, somewhat, see the value of a decent passing big man among the league’s top-10 offenses as well. Memphis has Steven Adams and Kyle Anderson, Minnesota has Karl-Anthony Towns, Denver has potential back-to-back MVP Nikola Jokic, Chicago has Nikola Vucevic, and Miami has Bam Adebayo. All of these guys aren’t elite passers, nor do they all carry the same offensive functions—Towns and Jokic are lead options for their teams, Adams does a good job off handoffs and screens—but all of them are positive passers and key contributors in top 10 offenses.

New York doesn’t have to find Nikola Jokic (though that would be nice!) or Joakim Noah (OAKAAK) on offense, but an improved center that could make better passes, operate, and navigate dribble handoffs could help New York’s offense.

If New York looks outside the organization to acquire a center, there are a few names to discuss. Richaun Holmes from Sacramento makes sense as an offensive upgrade and as a trade piece for the Kings with Domantas Sabonis in place. Jusuf Nurkic is a potential free agent and, even though he has his own concerns, he would be an upgrade. Xavier Tillman would intrigue me if the Knicks could have him for cheap since it doesn’t seem like he has much of a spot in Memphis anymore.

The guy I would inquire about is Jakob Poeltl from the San Antonio Spurs.

Poeltl is a good finisher and solid scoring threat at the rim, but his passing is what intrigues. This season, Poeltl is averaging 2.9 assists per game but sports four straight seasons where he averaged at least 2.6 assists per 36 minutes. For the 6.0-8.0% decrease in field goal shooting you lose from Robinson, Poeltl gives New York another big man who can work with hand-off with RJ Barrett, big-to-big passing between him and Randle, and an effective roll partner to revitalize New York’s pick-and-roll offense.

He’s also not a bad defender either. In fact, he’s quite good on the defensive end. He doesn’t wow you with elite athleticism and doesn’t fill the box sheet up with steals or blocks, but Poeltl has been an excellent rim defender since moving to San Antonio. As evidenced by the Spurs being better with him on the floor than off over the last three seasons, Poeltl uses his positioning around the rim and quick lateral movements to cut off the play before an opponent can capitalize, making him a nice fit with Thibodeau.

Would San Antonio trade him? The Spurs are currently eighth in the Tankathon standings and are currently in the middle of the league—too good to tank for a top player, too bad to really jump in the top six of the conference and avoid the play-in. Moving Poeltl would be a move in a direction for San Antonio. For New York, it would be an expensive trade, but one that could work out in the long-term.

While the point guard position is the general topic of debate because of the franchise’s failure to find a stable one in over 20 years, the center position feels like a sneaky area to upgrade; one that could be a huge assist in turning the Knicks from a lottery team back into to a playoff team. New York has several internal options, led by Mitchell Robinson, but between Robinson’s free agency, combined with Noel and Toppin’s disappointing seasons, the Knicks have taken a significant step back and have turned a solid group into a position of weakness.

As such, New York could take a few approaches here to fix that problem. One option is simply running it back; taking this season as a mulligan, re-signing Robinson, and getting Obi Toppin more minutes at the position as a curveball when the offense needs a jolt. The other is going into the trade market, where you could find better players who might not record elite field-goal-scoring numbers but could offer different skills like outside shooting and passing.

Whatever decision the Knicks make, figuring out how to get the best out of the center position is one of the two ways to help improve the team around RJ Barrett and Julius Randle.