Ways the Knicks Can Answer Positional Holes Through the NBA Draft 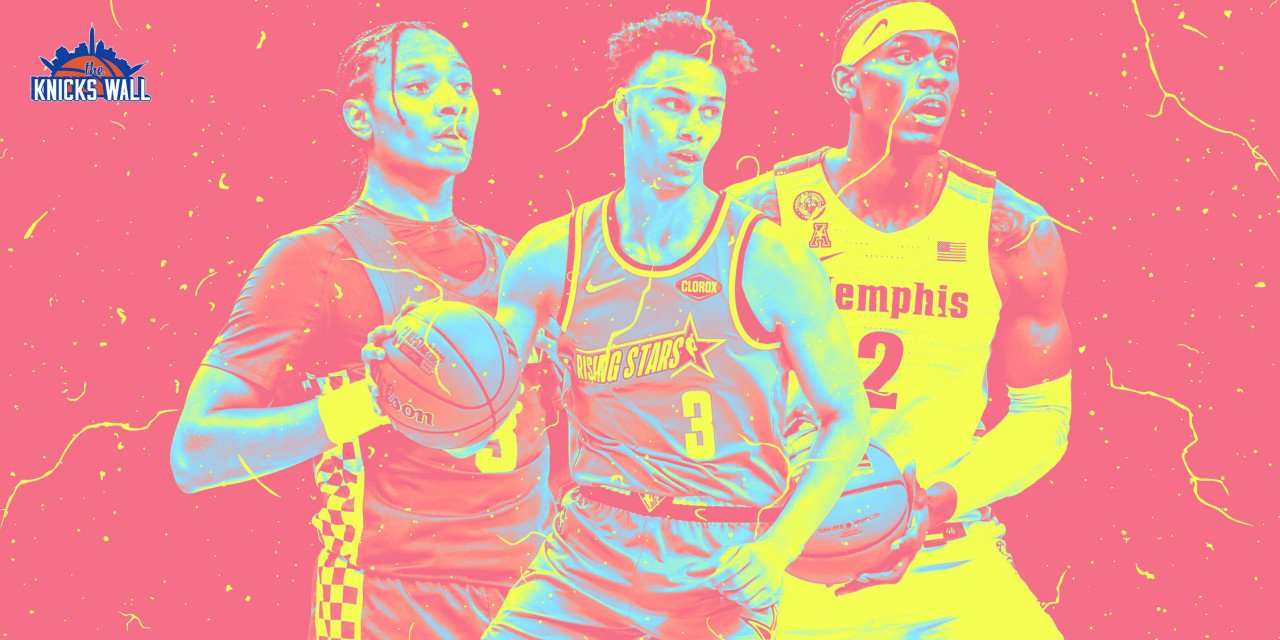 Recent selections have provided hope that the Knicks can fill holes on the roster through shrewd decisions at the 2022 NBA Draft.

With the playoffs underway for the NBA and the New York Knicks absent from the festivities, it’s time for their brass to start considering offseason moves that could help to bolster their roster ahead of the 2022–23 season. There are several positions that New York could, and should, look to address.

For starters, there is a question of whether or not Mitchell Robinson will still be wearing orange and blue come the fall. Robinson is a free agent heading into this summer, and while there has been no indication that he plans to depart the team as of now, there has been at least one team interested in the big man: the Detroit Pistons. Robinson was an anchor for the Knicks on defense, having one of his more complete years with the team since he was drafted in the second round in 2018. He averaged almost nine points, two blocks, and nine rebounds per game over the course of 72 games played. It would be a huge loss for the Knicks if Robinson left, but without a point guard to consistently feed him in the post, he may be inclined to go somewhere that would grant him that opportunity.

Speaking of point guards, the Knicks still have a point guard issue to address. Immanuel Quickley, their second-year guard, showed flashes of major improvement from his rookie season and his sophomore slump from earlier in the season. Post-All-Star break, Quickley went from averaging nine points per game to 16. Granted, he was given a longer leash by coach Tom Thibodeau given the thin options at that position, but he was clearly feeling far more confident in his ability to pass and help his teammates thrive as he averaged almost five assists per game as well. It would make sense to simply promote him to the starting spot after a disappointing season from Kemba Walker and after Thibodeau went with guard Alec Burks as their starting point guard, even though Burks is a much better spot-up shooting guard than a facilitator.

Regardless, there are a few avenues the Knicks can take to try and address these holes. The upcoming draft, where they will likely pick at the 11-spot, as well as free agency and possible trades are all available to Leon Rose and company.

Knicks moved from 12th- to 11th-best odds in the NBA Draft Lottery last night with Pelicans winning. They now have a 2.0% chance at the #1 pick and 9.4% chance to jump into the top 4.

In the history of the NBA’s lottery system, New York has only moved up once (you know the one).

New York’s front office has been very good at drafting talent the last two years under the helm of Leon Rose. In his first year, they took Obi Toppin with their eighth pick and, at 25, Immanuel Quickley—two young players that have come into their own as solid bench options for Thibodeau and the Knicks. After that, the Knicks drafted Quentin Grimes, Miles “Deuce” McBride, and Jericho Sims. Again, three very solid options for New York who had their moments to shine throughout an otherwise disappointing 2021–22 campaign.

It’s possible that, if the Knicks strike out in their pursuit of Brunson or in their attempt to re-sign Robinson, they can simply continue their rebuild through the draft. They have a first- and a second-round pick in 2022, and a stash of picks in the next few years as well. It appears that, statistically, New York will be picking 11th or 12th overall this year, and they could take a solid role player in TyTy Washington or Dyson Daniels as a backup guard or a center like Jalen Duren.

Washington is a product of John Calipari’s Kentucky Wildcats who averaged almost 13 points and four assists per game in his freshman year. Washington is a small, quick guard who, paired up with someone like Quickley, could just add to what is already a fast-paced second unit with Quickley at the helm. He also has the ability to finish at the rim, something that Quickley still needs to work on going into his third year.

Dyson Daniels is an Australian native who has been playing for the NBA’s G League Ignite. He enters the 2022 NBA Draft after a solid season where he averaged 11 points, six rebounds, and four assists. Daniels is a shooting guard by trade, which wouldn’t exactly address the Knicks’ issues at point guard, and his three-point shooting leaves much to be desired as he only averaged about 25% from deep. But he’s a lengthy floor-runner who could pair well with someone like Obi Toppin as an option for Quickley off the bench for efficient scoring.

As for the center position, the best option will likely be going with the number one overall pick as Chet Holmgren is projected to be selected by the Houston Rockets. Jalen Duren, a freshman from Memphis, is currently projected to be taken around 10th overall, right before New York likely selects. But if the Knicks were seeking to bolster their center position after possibly parting ways with Robinson, he could fill in fairly well alongside Jericho Sims and Nerlens Noel.

Duren averaged 12 points, 8.1 boards, and an impressive 2.1 blocks in his freshman season with Memphis. He’s an imposing force on other big men and could provide some solid rim protection. That defensive acumen would bode well in a system like the one Thibodeau likes to run, and he also has scoring in his repertoire. If Robinson is gone after this summer, Duren could easily slide in as a second option behind Noel, or even a first if Noel is still recovering from injury.

In the second round, the Knicks will pick at no. 42. This draft is lacking in guards that are expected to really pop off the board, but one possible option for New York could be someone like Kennedy Chandler of Tennessee. As for the center position, they could look at Christian Koloko out of Arizona for added rim protection on the bench alongside Jericho Sims.

The Knicks could, of course, trade these picks or trade down if they were able to get a current solid role player back in return, or even a star in the form of Donovan Mitchell from the Utah Jazz.

There is a lot of trust to be had for the front office’s ability to build the team through the draft given their success in their last several picks.