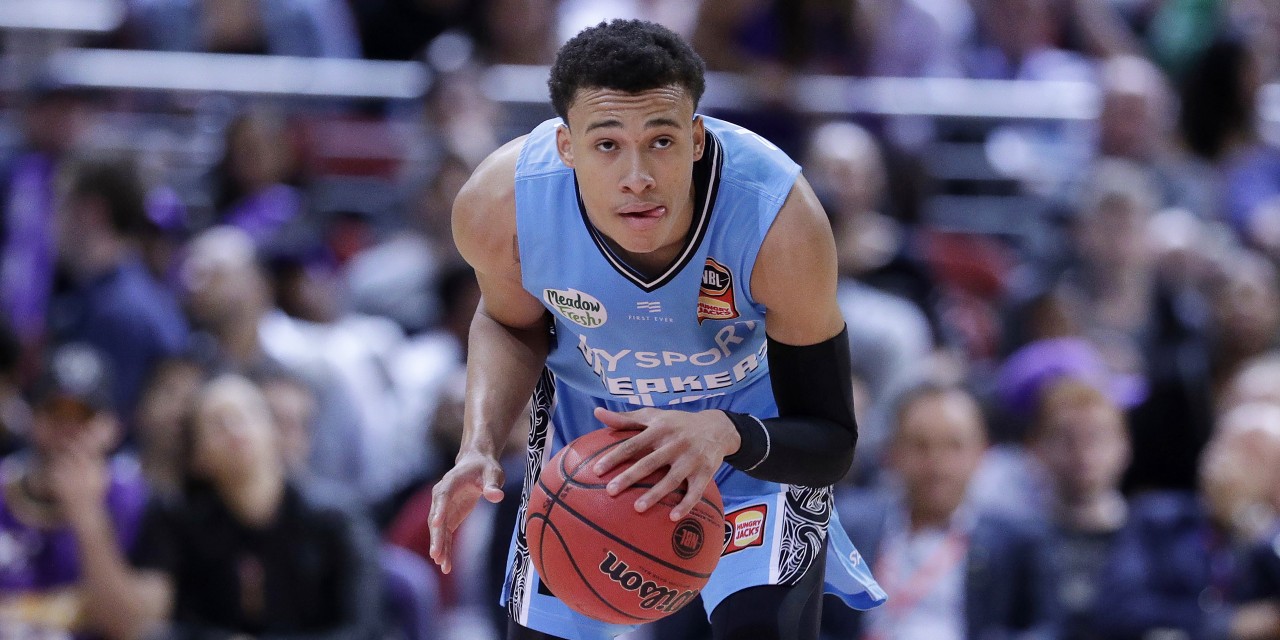 The postponement(s) of the 2020 NBA Draft has created a uniquely uninformed environment where prospects have had months to refine their game.

When COVID-19 brought the 2019–20 season screeching to a halt, temporarily for the NBA and permanently for the NCAA, it ushered in a pre-draft process unlike any the modern game has seen before.

Sure, previous lockouts had delayed the start of the season: the 2011–12 season didn’t start until nine months after most college players played their last NCAA game, and the 1999–2000 season didn’t start until February 5th, a little over 10 months after Rip Hamilton led the UConn Huskies to a championship over Elton Brand, Shane Battier, Corey Maggette, and the Duke Blue Devils. The NBA has penciled in a Christmas Day start date to the 2020–11 season, with the full knowledge, and maybe even expectation, that that date could easily be subject to further delay. So the amount of time between end of college season and start of NBA season might be end up being similar to those previous examples.

But there’s a huge, fundamental difference this time around: the 2020 NBA Draft has also been pushed back until at least mid-November. Even in the lockout seasons of yore, the draft date stayed in June, roughly three months after the college season ended.

Now, chances are that if you’re reading this, I haven’t told you anything you don’t already know—yet! Everyone involved in draft talk has lamented the fact that out of all the draft classes, this is the one that we get (at least) eight months to analyze, pick apart, and talk ourselves into a million times over. But here’s the part that I don’t think has been discussed enough:

Eight months isn’t just a long time for us to change around orders on our big boards, write and read profiles of every prospect, and argue about whether Obi Toppin is closer to Amar’e Stoudemire or Jahlil Okafor. It’s also a really long time for prospects to get into gyms with non-team-appointed trainers and work on body and skill development.

One of the biggest common denominators in this draft is intriguing players with notable skill deficiencies—think LaMelo Ball’s bizarre jump shot contributing to gross shooting splits (37.5%/25%/72% from the field, three, and free throw line respectively), Killian Hayes’ catch and shoot mechanics, plus his limitations when passing or finishing with the right hand, or Isaac Okoro’s outside shot (28.6% from three on 3.2 attempts per 40 minutes).

But before I go further, let’s back up, to the tweet that got this entire line of thought rolling:

Interesting. RJ's had basically an unprecedented amount of time to work on his shot with Mike Miller and Penny Hardaway, and if he can shoot, he's pretty interesting…

Still probably don't buy it, but it's worth thinking about (from @IanBegley)https://t.co/1ksG5EyyK6

The whole “prospect who can’t shoot has been working on his shot and now can shoot” is no new tool of agents to convince teams to take a shot on a prospect, but something feels different about this situation. R.J. Hampton shot 29% from three this year playing for the New Zealand Breakers of the NBL, and as I wrote in my profile of him in April, his shot was wildly erratic throughout much of his season. His pull-ups from the midrange would sometimes hit the far side of the backboard and his mechanics, both at the base and in the arms, were totally inconsistent. But I called him a boom or bust prospect for a reason—he has incredible speed in the open court, arguably the best first step in the draft class, vertical explosiveness, and decent combo-guard instincts as a playmaker. Even then, I thought he had the chance to be a really interesting player, and have one of the higher ceilings in the 2020 draft, if the jump shot ever came around.

Now, there’s no guarantee that it has. This could be just another in the thousands of smokescreens that get thrown up by agents during this process. But here’s the thing: we really just don’t know! Usually it’s easy to dismiss this kind of blatant agent-work, because how much could’ve really changed since the last time we saw them play, excluding a Markelle Fultz–esque disaster scenario?

And yet, by the time the draft rolls around, it will have been 11 months since the last time we saw Hampton in a game, and for much of that time he’s been working with two people who were truly great at parts of the game that Hampton needs the most work: former Rookie of the Year/Sixth Man of the Year/two-time champion Mike Miller (27th in league history for made threes) and multi-time All-NBA First Team (and former Knick) Penny Hardaway. Between the two, Hampton has 33 seasons of NBA experience to draw on, and two guys who are perfect teachers on Hampton’s journey to learning the finer intricacies of shooting and playmaking.

It’s unclear exactly how long Hampton has been working with the two Memphis coaches, but from reports, it seems that he’s been with them much of the time since returning from New Zealand. That’s a truly unprecedented amount of highly focused and specialized pre-draft work, and according to people who know these things, Hampton has a reputation for being an incredibly hard worker and a person who is self-reflective and honest in the areas he needs improvement. Establishing a consistent shooting form is a matter of muscle memory, which requires time, effort, and discipline—all of which Hampton appears to have—and is a huge step towards him becoming a good, or at least better, shooter.

Hampton is currently slated to go 21st in Sam Vecenie’s mock draft on the Athletic and 24th in Jonathan Wasserman’s Bleacher Report mock draft. But if the time and hard work pays off and Miller and Hardaway are able to correct his mechanics and turn him into even an average shooter (in the article, Miller claims he expects Hampton to be a low 40’s three-point shooter within a few years, which seems… optimistic?), he’s worth a much higher pick than that.

While Hampton was the person who initially got me thinking about this topic, it applies to many of the players on the board, and it raises the question: how much should pre-draft workouts factor into the equation this year? Empty gym workouts have long been a trap for limited players to look better than they might actually be (Kevin Knox says hello), but on the other hand, it was a pre-draft workout (overseen by Knicks assistant general manager Walt Perrin) that caused the Jazz to trade up and select Donovan Mitchell, which turned their entire franchise around despite losing Gordon Hayward in a devastating blow the same summer.

This year, scouts and executives will have an even harder time separating genuine skill development from empty gym prospects showing out. So will those of us who dedicate time and intellectual energy to the draft process—it’s important for us to realize that the players who enter the league could be very different from the ones we saw in their final pre-draft year.

Everything about the 2020 year has been chaos, so it makes sense that even our understanding of players we’ve spent hours pouring over game tape of would be similarly in flux as we get closer and closer to November 18th.

It’s easy at this point to think we know everything there is to know about these players. Because of that, the hardest part of the draft process might be keeping an open mind to displays of improvement from players as they grind and work on their weaknesses out of sight from the general public. Some will be noise, as it always is, but some players might just up and surprise us all.