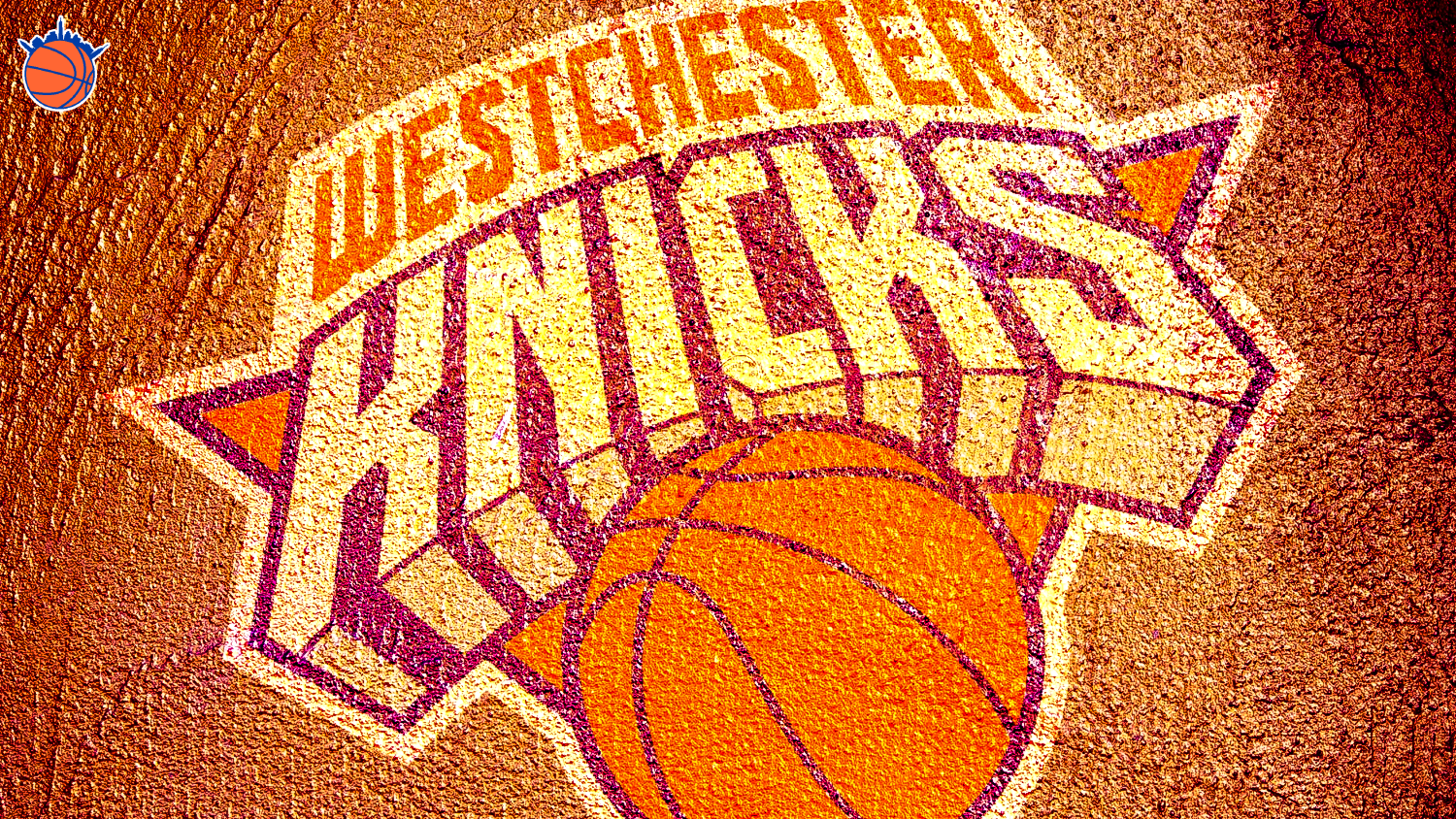 Coming off the most storied season in the brief, five-year history of the Westchester Knicks franchise, tremendous buzz and optimism surrounds the team.

Last year’s Westchester Knicks finished the regular season with a 32-18 record, tied for the best record in the G League. Despite an early playoff exit, the season was viewed largely as a success with Coach Mike Miller taking home G League Coach of the Year honors, coupled with many players overachieving and working themselves onto NBA floors at varying capacities.

As you can expect from any G League franchise, there has been quite a bit of roster turnover this season, mostly featuring new blood looking to make names for themselves along with some familiar returning faces. Regardless, this season’s collection of players aims to bring Westchester even further than they went last year.

Let’s dive in and see what this year’s edition of the DubKnicks is going to look like.

At the top of the DubKnicks totem pole is Allan Houston, one of the most beloved players in New York’s history. Knicks fans lauded Houston for his competitive fire and clutch performance as a player, and it seems as if the Knicks legend has brought some of that swagger to Westchester. The 47-year-old has been with the organization in a front office role for about a decade now, serving as the general manager of the DubKnicks since their inception in 2014. Houston has done a tremendous job in White Plains, particularly in overseeing a very successful staff, as well as in building the team into a viable threat in the G League—and most importantly a strong breeding ground for potential future NBA talent. Houston has credited the team’s recent success to an extremely cohesive group of players, as well as the coaching staff’s ability to work through constant change and a variety of challenges that presented themselves:

Look for Houston and his staff to build on the success and strive for even loftier goals this year.

A large part of the excitement going into this season can be attributed to the guy running the show roaming up and down the sidelines. Fresh off a season where Mike Miller took home well-deserved G League Coach of the Year honors, he is poised to lead a new group of guys down the pathway to success. One sentiment that has been constantly echoed by myself and Allan Houston is that coaching in the G League presents a lot of challenges. With roster change, frequent player mobility and the fact that most of these guys are looking to further their basketball careers at a higher level, there is a room for excuses, but you won’t be hearing any of those from Miller. After losing two of his top producers to the NBA last season (Trey Burke and Isaiah Hicks) Miller was still able to preach the “next man up” mentality to his players, who responded favorably by grinding and finishing the season strong.

Heading into this season, we can expect a lot of roster changes coming with two-way players in Allonzo Trier and Isaiah Hicks and New Orleans’ two-way cast-off Trevon Bluiett. In addition to those three, many more transactions will inevitably take place; Coach Miller confidently will be able to work through the inevitable roster shakeups and get the most out of whoever he has to work with. Similar to Coach Fizdale, Mike Miller is a player-friendly coach whose strength is putting his guys in the best possible position to thrive as well as embodying a winning culture. What more can you ask of a coach?

For those who are not familiar with Craig Robinson, he is the VP of Player Development and G League operations for the Knicks. Robinson primarily has a sizable role within the Westchester Knicks, and he largely flies under the radar. Robinson has previous experience working with the Milwaukee Bucks, helping develop their group of young studs and also has worked on the college level. Robinson is an innovative mind who has been at the forefront of the DubKnicks’ player development and has enjoyed much success in his three years at the position, with many players drastically improving and getting promoted during his time here. Robinson has the opportunity to work with some new faces this year and it’s always compelling to watch these development directors work their magic.

This year’s DubKnicks roster features a diverse group of guys, some players who we all know, some you’ve never heard of. Despite the varying degrees of recognition among this year’s Westchester players, the collection of talent on this team is interesting, to say the least, and will be a fun watch throughout the season.

Originally undrafted out of the University of Arizona, Trier was predicted to spend a chunk of time down in Westchester to refine his game, but his exceptional play thus far in the young NBA season could have the Knicks rethinking his two-way tag. Trier burst onto the scene and provided instant offense, which electrified the crowd.

Thus far the 22-year-old is averaging eight points per game and seems like he has found his spot in the rotation for the time being on a Knicks team in desperate need of scoring. Should the Knicks sign Trier for the season, they would have to cut someone on the current roster. With Trier overachieving, he won’t likely find minutes in Westchester often, at least for the time being. When/if Trier does play a bit for the DubKnicks, you can forecast a natural scorer with elite athleticism.

Hicks is a returning player who anchored the frontcourt down in Westchester last season and even got some opportunities in the NBA. The University of North Carolina product was one of Westchester’s most productive players last season. Expect to see Hicks down in Westchester a lot this season with the emergence of Noah Vonleh and Mitchell Robinson, and Enes Kanter taking up a lot of the big-boy Knicks frontcourt minutes.

Hicks is undersized for a big man at 6’8″, his extreme toughness and physicality down low allow him to compete and match up well with larger players. Last season he averaged 15.6 points and 7.8 rebounds in 37 games and even shot 80 percent from the free throw stripe (per RealGM). Isaiah is a very sound player that will be one of the most productive DubKnicks this season. The issue with Hicks is that he has a relatively low-ceiling talent wise and doesn’t do any particular thing outstanding to set him apart.

Hicks should be a leader on this year’s team, as he is familiar with the environment and the coaching staff.

College basketball fans should be familiar with the name Trevon Bluiett, who was one of the better scorers in the country last year (19.3 points per game) and was in the conversation for National Player of the Year at one point, playing for the Xavier Musketeers. The 23-year-old played four years of college ball and stands second all-time in Xavier history in scoring. It is also worth noting he increased his scoring output each season. Bluiett is a dead-eye shooter, hitting nearly 42 percent of his threes during his senior season. He also provides some great length at 6-6, which allows him to finish over bigger guards and forwards. Bluiett excels at scoring and is a decent rebounder for a guard but lacks explosiveness and sometimes can go on extended cold streaks. He was undrafted and was signed by the New Orleans Pelicans. It is important to note that Bluiett is on a flex assignment with the DubKnicks since the Pelicans do not have a G League affiliate.

Some of Bluiett’s time might be spent in NOLA, but expect him to spend a good amount of time in Westchester and be one of their most potent backcourt scoring threats.

Jenkins’ name might ring a bell to some NBA fans out there, as he was a former first-round pick of the Atlanta Hawks in 2012. The Vanderbilt product has bounced around the G League over the past few seasons and his currently on his second tour of duty with the Westchester Knicks.

Jenkins was an excellent player for the DubKnicks back in ’16–’17, averaging 20.9 points in 16 games. He is a decent shooter with good length and basketball I.Q. On the downside, the 26-year-old has apparently has lost athleticism since the 2012 NBA combine, particularly his vertical leap and agility due to various injuries, according to a 2017 DraftExpress report. Unfortunately for Jenkins, he hasn’t been able to stick anywhere he’s been so I believe there will be added motivation for him to ball out and get himself back into the NBA this season.

During the first part of last season, Garrett didn’t see much playing time for DubKnicks and only started seeing more playing time once Trey Burke was called up to the NBA. Garrett took major advantage of the opportunity and was one of the main reasons why Westchester didn’t skip a beat during the roster shakeup. His final 10 games of last season Garrett averaged nearly 19 points and showed the coaching staff he can really play.

Garrett is a very good perimeter player who is going to be looked upon this season to carry much of the backcourt scoring load along with Trevon Bluiett and John Jenkins.

Most people aren’t aware of this but Billy was diagnosed with sickle cell disease in high school and came close to a fatal sickle-cell attack in 2014 but still managed to win Big East Rookie of the Year and have a successful four-year career as a Blue Demon. What a story that is. Garrett will definitely one of the most interesting storylines of the upcoming Westchester season.

Remainder of the Roster

Some other returning DubKnicks include:

Rounding out the Westchester roster are big men Duay Dukan from Wisconsin and Stephen Zimmerman from UNLV, as well as Gyorgy Goloman, forward Phil Carr, and combo guard Spencer Collins.

As I mentioned previously, expect a ton of movement on this years roster. Hopefully, we are able to see some DubKnicks make it to the NBA at some point so they are able to showcase their abilities in the pros. I will be attending some games this season and I’m looking forward to seeing what these guys can do down in White Plains.

The Westchester Knicks kick off their season this Friday, November 2, in Portland, Maine, against the Red Claws.