Westchester Knicks Are Off to Fast Start 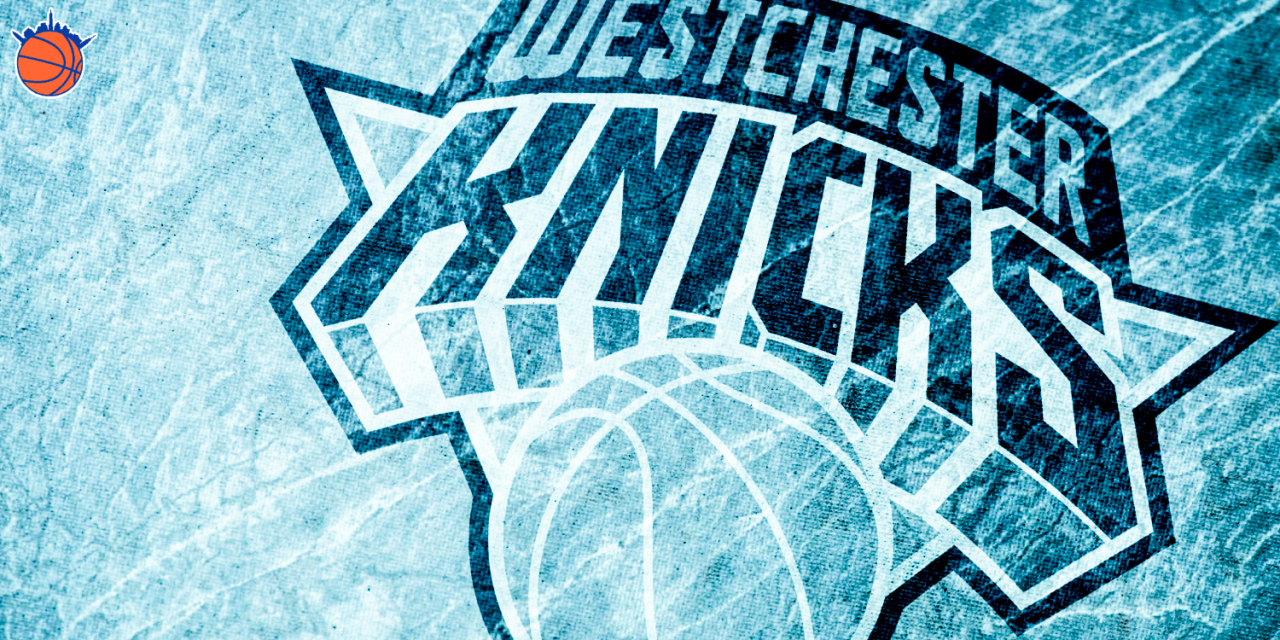 After a wildly successful 2017–18 campaign, the Westchester Knicks through 12 games have picked up right where they left off, leading the league with nine wins.

During the offseason, the Westchester Knicks went through somewhat of a roster overhaul (as most G League teams do), welcoming a lot of fresh faces to the roster. Seemingly, it hasn’t affected their play on the court, as Mike Miller’s squad finds themselves tied for first place in the Eastern Conference. Miller has done another masterful job thus far, getting guys from all different backgrounds to play inspired basketball as a cohesive unit.

On both ends of the floor, Westchester has been extremely efficient. Defensively, they lead the G League in opponents field goals made, opponents field goal percentage, and points allowed, according to NBA G League Stats. This is an encouraging sign that a defensive culture has been established in White Plains. Hopefully, it soon permeates upwards and becomes a staple for the New York Knicks.

One of the main reasons the Westchester Knicks haven’t missed a beat from last season is the dynamic play of former Vanderbilt Commodore John Jenkins. After being reacquired in the offseason, the 27-year-old guard is now in his second go-around with the DubKnicks. Jenkins is atop the G League in scoring with 30 points per game, including a franchise record 44-point performance against the Lakeland Magic on November 10th. To boot, Jenkins is shooting an absurd 52.8 percent from behind the arc, and 95 percent from the free throw line, per NBA G League Stats.

Jenkins has never really stuck in the NBA yet after being selected 23rd in 2012. He’s is one of the older players on the team, and his experience on various different basketball fronts (college, overseas, NBA) allows him to act as a mentor to many of the young guys who have just begun their professional careers.

I attended a game last week against the Long Island Nets and noticed Jenkins being very instructional between possessions and during timeouts, especially with backcourt mates Trevon Bluiett and Kadeem Allen. Jenkins operated like a coach on the floor and his veteran guidance and leadership abilities bode well for him as he looks to get a promotion in the near future.

Jenkins’ impact on Westchester is similar to that of Trey Burke last season. Burke played so well that he left the Knicks no choice but to call him up, and thus far he has played pretty well for the Knicks. Jenkins looks to follow the same path and look to find a home up in the NBA.

Jenkins will miss some games this season with the Westchester Knicks because he has been selected to join the USA World Cup Qualifying Roster under former Knicks coach Jeff Van Gundy. Don’t worry DubKnicks fans, Jenkins is expected to return to the team shortly after December 2nd.

Hicks got some exposure on the NBA level toward the end of last season, but didn’t make much of an impact. Coming into this season, Hicks needed to work on his game more and improve in order to be able to take more advantage of his next opportunity, and so far this season he has been money. Hicks has been a machine on the boards this season and has added some weapons to his once very limited offensive arsenal.

After watching Hicks in person last week, he seems more comfortable shooting his mid-range shot. The 24-year-old UNC product has seen his scoring output increase from 15.6 points per game last year to 18.5 points this season. This is reflected in the box score, and it’s evident that Hicks’ ability to draw bigger defenders out has allowed slashers like John Jenkins and Paul Watson get to the hole with much more ease.

Hicks’ motor and relentless desire to secure the ball on a missed shot are both aspects of his game that have been widely discussed, but his maturity and leadership abilities have helped him become the anchor of the Westchester Knicks’ frontcourt. I observed on multiple occasions Hicks directing fellow bigs Stephen Zimmerman and Luke Kornet during out of bounds plays and halfcourt sets as well. Isaiah also is one of the first teammates to rush over and help a player up and is constantly talking and gesturing when on the floor.

It’s tough to tell at this juncture whether Hicks will ever fit into the New York Knicks’ future plans, but right now he is one of the most valuable pieces the DubKnicks have.

One guy to keep a close eye on as the season progresses is the aforementioned John Jenkins, who has a very real shot to see some minutes in the NBA this season. Jenkins is hungry to get another shot in the pros and stick there for the long haul.

The Westchester Knicks are back in action this Saturday, looking for their 10th win in Greensboro against the Swarm.