The Westchester Knicks Should Receive a Franchise Reboot 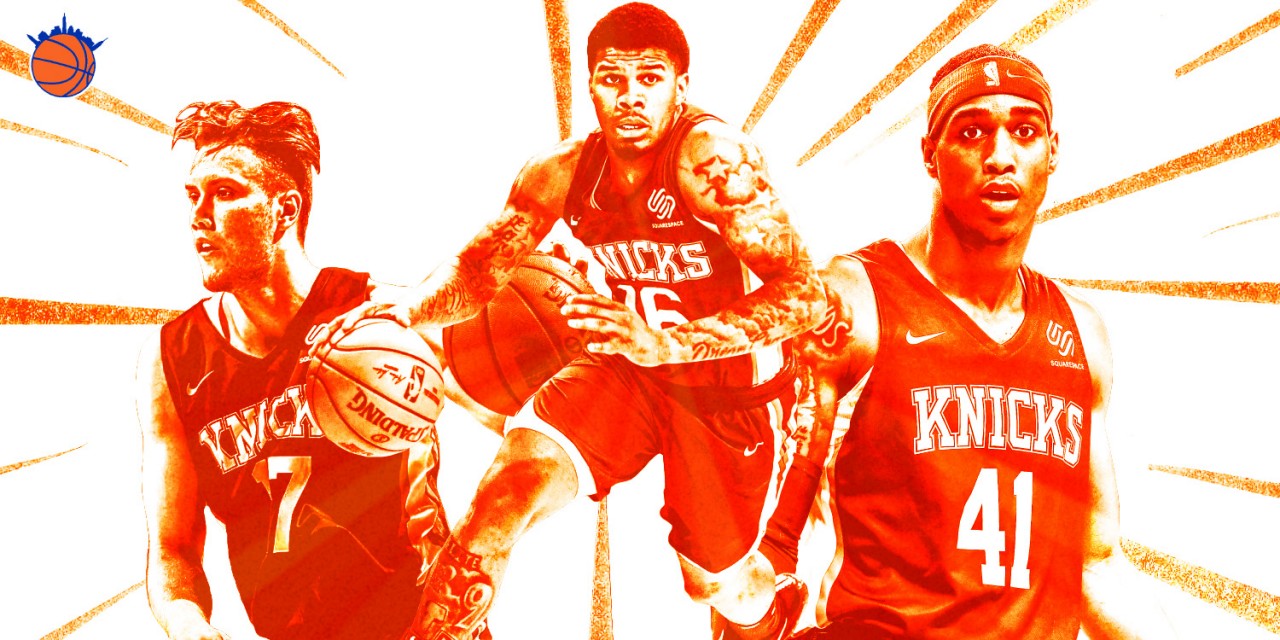 Unless some major trades happen, the Knicks will be stuck with many draft picks and limited playing time, urging Westchester as a destination for development.

After taking some initial flack for keeping Scott Perry as general manager, the early returns from the New York Knicks front office reinvention have been positive. Knicks president Leon Rose has added Brock Aller to the role of “chief strategist,” while also snagging Walt Perrin and Frank Zanin to the role of assistant general manager roles. All three have received positive reviews for their work with previous franchises.

Eventually, as basketball resumes and the league opens back up, the roster will also experience some change. Names like Tom Thibodeau and Kenny Atkinson are projected to receive head coaching interviews, while players like Carmelo Anthony, Chris Paul, Christian Wood, and draft prospect LaMelo Ball have been thrown around, merely as names to help revamp the roster and coaching staff.

If New York is serious about a massive changeover, that retool should trickle down to the Westchester Knicks—New York’s G League team that could become an important asset for the Knicks in the coming seasons.

Since the 2014–15 arrival to the then D-League, the Westchester Knicks have had moderate success in their development. Before this current season, the Knicks found several players who had palpable buzz or even made the roster for impact. Langston Galloway, the original, played for the Knicks for two seasons and has turned that into another four solid pro seasons.

Since then, the Knicks have brought in players like Chasson Randle, Trey Burke, Kadeem Allen, and Maurice Ndour. Players like Ron Baker have received a cup of coffee before the Knicks invested in them, while guys like Luke Kornet and Damyean Dotson, despite numerous roster changes, have had success for the Knicks’ main roster over the previous two seasons.

And then this current season, the Knicks had success from the G League on the coaching side. Mike Miller, after two solid seasons with the DubKnicks, moved into an assistant coaching role under David Fizdale and is currently the interim head coach of the Knicks. While his chances of retaining the position this offseason are slim, Miller has shown qualities of a solid assistant coach moving forward.

While the Knicks have failed to retain most of the talent listed above, that’s seven players and a potential assistant head coach within the team’s first six seasons of existence. Of those players, only one was a draft pick (Dotson); all were either undrafted free agents or reclamation projects in the case of Burke.

Modeling the future of the organization

Looking around the league, the three teams that stand out with their G League success are Boston, Toronto, and Houston. The Rockets are great at using their G League team to run their system and find potential shooters to fill around James Harden. Ultimately, it allowed guys like Gary Clark, Troy Daniels, and Danuel House to make the seamless transition into the Rockets rotation over the years.

The Celtics have done a good job of acquiring coaching talent and moving them through their G League ranks. Of the Maine Red Claws’ last five coaches, one coaches college hoops (Dave Leitao; current DePaul coach) and two have made the transition from G League head coach to Boston Celtics assistant coach. Their current head coach, Darren Erman, was once a highly regarded defensive coach who can rebound and find himself in the Celtics assistant coach role soon enough.

The Raptors are good at taking talent and developing it through their G League ranks to help work on their strengths. Guys like Pascal Siakam and Norman Powell got very brief moments in the G League, but the likes of Fred VanVleet, Alfonzo McKinnie, Delon Wright, and Chris Boucher have all received solid playing time and moved up into the league. VanVleet might be the best example of this process—taking an undrafted free agent under your organization and grooming them into a solid role player for the main roster.

New York should mimic all three of these teams, but place an emphasis on Atlantic Division rivals Toronto and Boston. Being able to create a coaching pipeline would offer more coaching opportunities for potential basketball minds to get through the door, allowing you to have multiple options outside of the constant retread. Much like taking the chance on Miller years ago, adding more minds to the organization could help more than it can hurt.

As for the players, the Knicks have a bunch of draft picks coming along the way if they don’t package picks in a trade. Here’s a brief look:

For Leon Rose and the front office, that change could happen this season if the Knicks are slated to return after the COVID-19 pause. With an eye on the future, one idea for New York could be moving up their G League talents and getting a brief 15-20 game glimpse before making a decision this upcoming season. That class should be Ignas Brazdeikis, Kenny Wooten, and Lamar Peters.

Of the three, Wooten is already on the main roster, signing a two-way deal after interest from other teams arose, the Knicks have yet to use him before the pause. Wooten was an elite shot-blocker and defender at Westchester, but he didn’t appear to be a natural rim protector, nor did he shoot much. There’s a chance he could be a solid reserve big man who can come in, change the pace for 15-20 minutes at a time, and stay on a roster for four, five seasons.

When Lamar Peters, Ignas Brazdeikis and Kenny Wooten get the call up next year >>>

Brazdeikis has a bit more value to his name as a 2019 second-round pick and he’s played well so far, averaging 20.9 points, 7.2 rebounds, and 3.1 assists in 24 games. His shooting has been good (34.4% on 5.5 attempts) and he’s currently taking 34 percent of the field-goal attempts of his shots from three. Giving him 15-20 minutes a game and seeing if his ability to create and space the floor translate would offer New York a decent end-of-the-rotation option for the 2020–21 season.

Of the three, Lamar Peters is arguably the flashiest of the bunch. Peters is averaging 17.7 points and 7.2 assists. While his 42.3% shooting from the field is low, the numbers to look at are his three-point shooting—9.0 attempts a game, 40.4% from three, and a 60.7% three-point attempt rate. With zero shooting at the point guard position, Peters would be a nice player to offer a trial run, for, at the very least, he can shoot the ball off a screen.

And if the league decides to skip straight to a playoff format once the league returns, all three players should be viewed as developmental pieces and brought back into the franchise for the 2020–21 season.

The New York Knicks have made several moves so far to improve the team on and off the floor. Leon Rose has brought in some talented front office members with experience, they’ve brought in a branding guru to help with their off-court persona and will have a chance to remodel the roster this offseason.

One thing that can’t be ignored is retooling and revamping their current G League model. After finding several end-of-the-bench options and a solid assistant coach option, the Knicks will have to take another step forward. Creating a situation where potential head coaches want to come there and develop is a start, but finding a system at the top level and extending it down to the bedrock of Westchester’s roster would be ideal for any of their future players’ development would be ideal.

It doesn’t take much to truly place an emphasis on development, but the Knicks should take a step back and put a bit more stock in Westchester, an asset for the foreseeable future.

»READ: Projecting the ceilings and floors of the Knicks’ young core