Winning in Westchester: How the DubKnicks Have Sustained Success Despite Losing Key Players 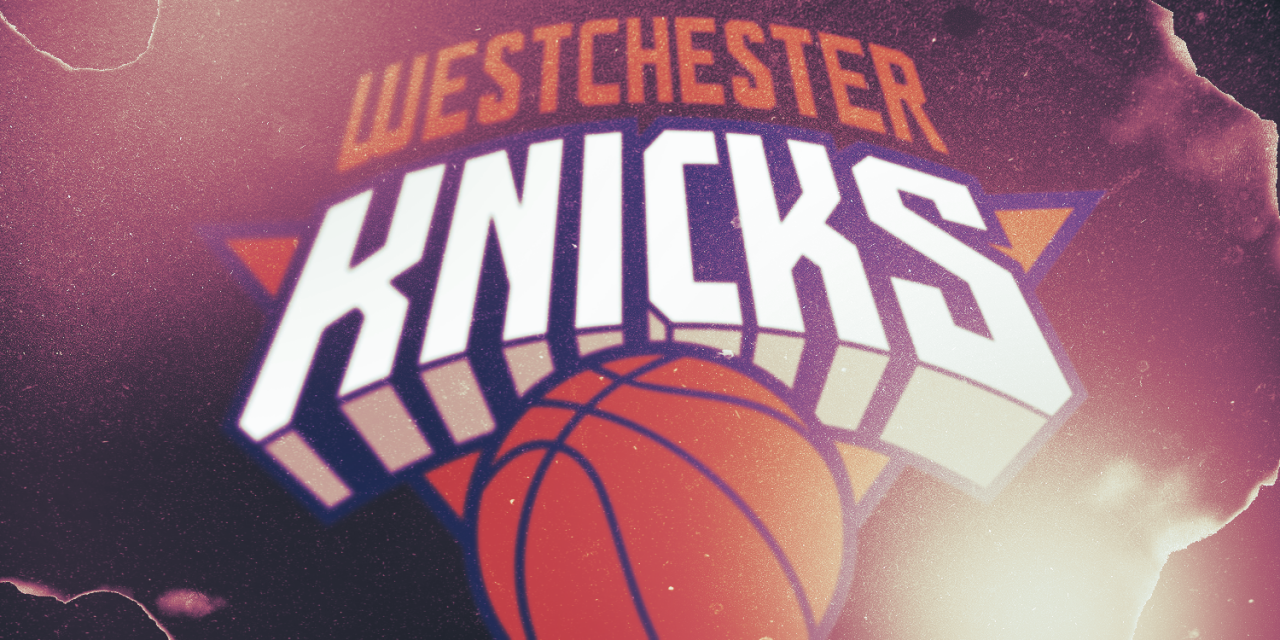 Constant player mobility and frequent roster transactions are staples of G League life, making it rare to find much team consistency throughout a season. Coaches must prepare to lose their best player(s) to the NBA at some point, and players need to constantly adapt to working with new faces on a regular basis.

Sustained success in the G League is far more difficult than many realize. Seeing teams fade at the end of the season, due to a lack of chemistry or the loss of a particular player, is fairly common.

One team that hasn’t missed a beat, despite losing some key pieces at different points of the season, is the 25-18 Westchester Knicks.

The DubKnicks have been poached many times this year by the New York Knicks and other NBA teams looking for talented guys to fill out their rosters. Whether it be a 10-day contract or a multi-year NBA assignment, a good amount of guys from the Westchester roster have played exceptional ball and have earned a shot in the pros.

The loss of some of these key players has forced the DubKnicks to go out and acquire additional pieces, and to rely upon some guys who haven’t received lots of playing time but have been forced to step up and contribute.

Westchester now finds themselves fourth in the Eastern Conference, only two games behind the Long Island Nets for the conference’s best record. Their place in the standings hasn’t changed much since losing key guys like Isaiah Hicks, Kadeem Allen, and John Jenkins, and that is a testament to the excellent job of the coaching staff, as well as players who have stepped up when they were needed the most.

Westchester’s most productive and notable big man, Isaiah Hicks, has bounced up and down from the big boy Knicks to Westchester on several occasions due to his two-way contract agreement. Hicks brings exceptional toughness, rebounding ability and versatility to the DubKnicks. In 26 games this season, the former North Carolina Tar Heel has put up 16.8 point per game and 7.4 rebounds per game, per NBA G League Stats. The 24-year-old is also a very adept free-throw shooter for his size, shooting 79 percent from the stripe.

Hicks hasn’t been able to make his mark in the NBA quite yet, but has had a profound impact on the success of the Westchester squad. Hicks isn’t always playing for the DubKnicks, so other bigs have been called upon by Coach Mike Miller to make up for some of the lost production during the season.

The recently acquired Jameel Warney has done an excellent job in Hicks’ absence. Warney was traded from the Texas Legends to the DubKnicks on January 8th for Xavier Rathan-Mayes, who played very well down in Westchester last season.

Warney played four years of college ball at Stony Brook, breaking many school records en route to getting his number retired after graduation. The 25-year-old has bounced around, seeing some time in the NBA as a Dallas Maverick but has spent the majority of his time in the G League as a member of the Legend.

The 6-7 forward dominated last season and earned First Team All G League Honors, and has followed that up with another outstanding season this year.

Warney, despite being undersized for his position, is a tenacious rebounder and shot blocker, averaging 6.9 rebounds per game and about one block per game as well (NBA G League Stats). His 16.4 points per game nearly equals Hicks’ totals this season.

Give Warney a lot of credit for helping the DubKnicks stay competitive, despite their significant player losses.

In addition to Warney, Stephen Zimmerman and Gyorgy Goloman have been given more opportunities to contribute with Isaiah Hicks not down in Westchester very often.

Both Zimmerman and Goloman are giants, standing at seven-feet tall, and have been on the roster the entirety of the season. Neither saw a tremendous amount of minutes at the beginning of the 2018–19 campaign, but have been increasingly more important as the season has gone on. Zimmerman is shooting 57 percent from the field while also grabbing 6.4 boards per night, while Goloman has blocked his fair share of jump shots this season at clutch points in games.

The aforementioned trio of bigs has been a godsend for the DubKnicks, who rank second in the G League in defensive rebounding (NBA G League Stats).

Perhaps the two most notable losses for this years Westchester Knicks have been the departures of Kadeem Allen and John Jenkins. Allen was signed to a two-way deal by the Knicks and has enjoyed some success during his stint in the NBA. John Jenkins was originally signed by the Washington Wizards t0 a 10-day contract before finding his way back to the Knicks organization on first a 10-day contract and now a multi-year deal.

Allen and Jenkins were at the forefront of the DubKnicks’ early success, holding down the backcourt for the majority of the season. Allen was one of the G League’s best defenders, whose job was to pester the opposing team’s best guard and make life as difficult as possible. Kadeem is also an excellent slasher and did the majority of his offensive damage getting to the rim with his quickness.

Jenkins, on the other hand, relied on his perimeter shooting to torch defenders, as he was one of the more prolific G League scorers this season. Jenkins is a very savvy veteran who can score in a variety of ways—he and Allen complemented each other perfectly.

John Jenkins’ last game for the Westchester Knicks was January 23rd, and since that date, the DubKnicks have been able to maintain a 7-5 record. Considering how important Jenkins was to them, the record speaks volumes about the “next man up” mentality this team possesses.

Another player who has stepped up big since Allen and Jenkins have been gone is guard Billy Garrett. The 6’6″ DePaul product has taken over as Westchester’s primary backcourt scoring option and has put up huge numbers recently, including a 39-point performance against the Long Island Nets a couple of weeks back.

We saw Garrett step up big time last season when Trey Burke was called up the NBA, and we are seeing a repeat of that this season as he continues to improve. The 24-year-old has had an incredible February, averaging 24.1 points per game, and has been an integral part of the DubKnicks’ ability to hang near the top of the standings.

Westchester is hoping Garrett’s scorching hot play carries over into the playoffs. Elite guard play is becoming more and more important in professional basketball, and the DubKnicks will need Garrett to play well if they want any chance of potentially advancing.

Not to be overlooked in this hectic, yet impressive season for the Westchester is how good of a job GM Allan Houston and Coach Mike Miller have done with this team.

Houston has brought in solid pieces throughout the season to round out the bench and made somewhat of a splash by trading a very good player in Xavier Rathan-Mayes for Jameel Warney. Warney has panned out very well and looks to be one of the best pickups we’ve seen in the G League.

Coach Mike Miller has done a terrific job getting everyone on the roster ready to play. Miller understands the unpredictability of your average G League roster and has stressed the next man up mentality extremely well, as guys who had a marginal impact at the beginning of the season become significant contributors.

Coach Miller demonstrated his ability to coach his guys well last season without Trey Burke and has done the same this year with the departure of star guard John Jenkins. Give Miller a ton of credit for keeping his guys engaged and more importantly, remaining in serious contention for a title.