What Can the Knicks Learn From the 2022 Postseason? 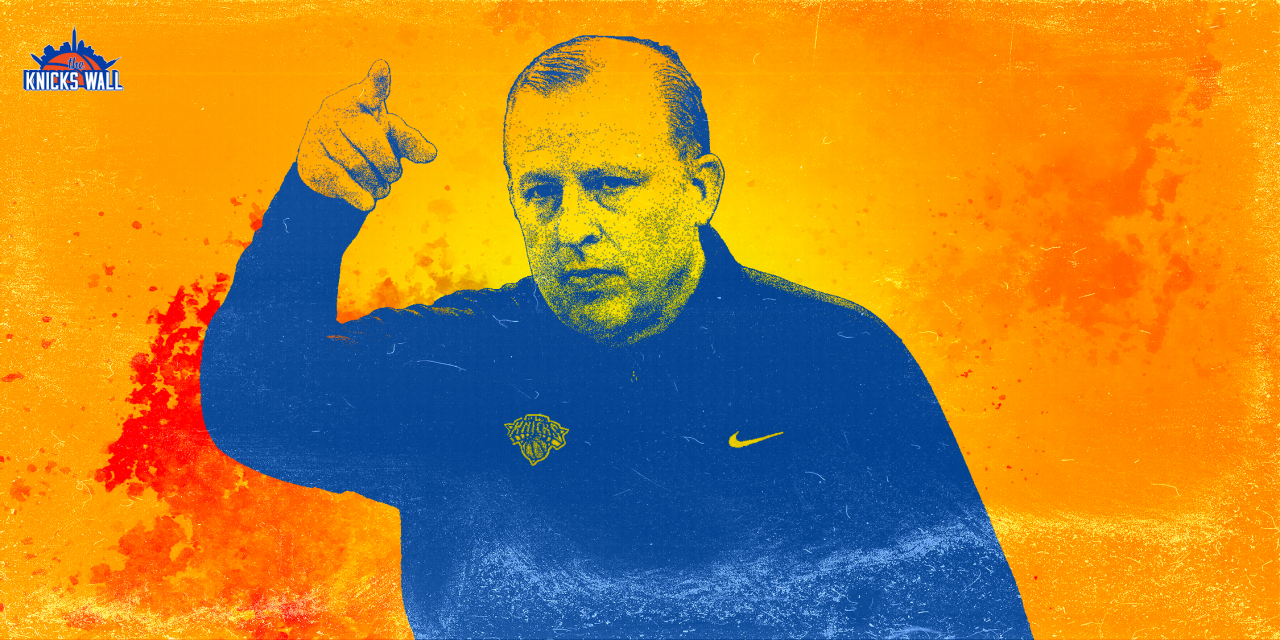 For Tom Thibodeau and the Knicks, there is much to be learned and observed from the 2022 NBA playoffs after failing to reach a postseason berth one year removed from the fourth seed.

With the 2022 NBA Finals underway between the Golden State Warriors and Boston Celtics, I think it’s fair to look at this postseason and the New York Knicks. After making the playoffs as the fourth seed in the 2020–21 season, New York slumped back to 11th and entered the 2022–23 offseason with more questions than answers on their overall direction. What better way to figure out how to take the next step than to look at this postseason and use some of the trends to help them get over the hump.

Creating a creative environment throughout the roster

If there’s one thing that stood out compared to New York’s roster, it’s the passing. Both the Warriors and Celtics have great passers within their rotations, but even teams like Dallas did a good job with creation, led by Luka Doncic, Spencer Dinwiddie, and Jalen Brunson. Memphis is a team that had great passing, thanks to Ja Morant leading the charge, Steven Adams solid interior passing, and options like Tyus Jones, Kyle Anderson, and De’Anthony Melton in their rotation.

Last season, New York was a poor passing team—25th in the league in assist-to-turnover ratio, 30th in assists per game, 20th in passes made, and 30th in potential assists. Part of that was an offense that relied on the lead guard—Kemba Walker, Derrick Rose, etc.—and Julius Randle to generate offense, but the other was that of their young players, only Immanuel Quickley showed an above-average passing skill with consistency. This is a roster that could use some more passing juice on the roster.

Rose’s return from injury will help solve some of those issues, but New York could use more help. The aforementioned Jones from Memphis makes sense if the Knicks want to move in a different direction with their guard room, while someone like G League Ignite prospect Dyson Daniels could add some passing and size to their wing group with his 6-foot-8 frame. A big man who can pass on the short roll would be ideal, too, if the Knicks decide to move on from Mitchell Robinson.

This is an easy one, as positional flexibility rules in the NBA. Memphis is a good example of this with Jaren Jackson Jr. being flexible to play with Steven Adams or Brandon Clarke, but the Celtics are probably the best example here. Other than Robert Williams and Payton Pritchard, Boston’s rotation is full of players who can shuffle between two and three positions and, most importantly, defend each position well. Tatum and Grant Williams could cover power forwards, but bigger wings as well. Marcus Smart, the Defensive Player of the Year, could defend just about everybody, while Al Horford can still get out and defend on the perimeter, as well as at the rim.

That’s the key—the ability to thrive offensively and defensively with different combinations. The Toronto Raptors have the defensive flexibility, with guys like Precious Achiuwa, Scottie Barnes, Pascal Siakam, and OG Anunoby being tall, viable defenders throughout various positions on the floor. When healthy, the Milwaukee Bucks also fit in this category, thanks to their big three and Brook Lopez, capable of working on both sides of the floor, making that fifth spot an ideal role for a shooter like Grayson Allen.

New York can thrive here. Both RJ Barrett and Cam Reddish are wings, but both have the frames to handle time at the power forward position. Quentin Grimes can deal at both the 2 and 3, while Quickley has experience at both guard spots. Obi Toppin is a power forward, but his athleticism should allow him to, at worst, stand at center in smaller lineups, while Miles “Deuce” McBride can work both guard roles, especially as Barrett grows into his own. This is a young team that should be used more aggressively lineup-wise, instead, the Knicks and Tom Thibodeau have leaned on variations of his starting lineups for most of the season.

Speaking of the head coach…

Can Thibs adjust his game plan to help the Knicks?

The elephant in the room is Tom Thibodeau. He had a solid year in 2020–21, but the 2021–22 season showed some of the reasons why he was let go from Chicago and Minnesota. The narrative around Thibodeau was that he leans towards the veterans and sits the younger players and that was evident in the second half of the season, highlighted by starting Alec Burks over Immanuel Quickley.

Offensively, New York could use an offensive assistant coach; someone who can offer different looks to the Knicks’ offensive attack. That wouldn’t make them better passers but would help functional passers like Toppin and Barrett take another step forward as creators. As far as positional flexibility, Thibodeau loves his defensive-minded, rim-protecting center, and that has helped the Knicks when they have the likes of Robinson and Nerlens Noel available but has hurt when one or both are out.

New York has several interesting pieces to work with and with the majority of them being under the age of 25, New York can help mold them into the players they desire. However, that would require significant help from Tom Thibodeau, and I don’t know if he is willing to change some of his decade-long ideals to adjust to the modern game.

The New York Knicks have an important offseason ahead with their roster and I firmly believe that the postseason should offer a bit more clarity on their decision-making. The league has firmly moved into one where defensive flexibility, shooting, and passing rule the league, and the players who offer this are the most valuable in a non-star position.

New York has plenty of pieces to make this work, but still needs help with some players in this year’s draft and free agency, and ultimately, the adjustments made by the coaching staff will determine whether the Knicks can make those adjustments or not.