What Can the Knicks Learn from the NBA’s Successful Playoff Teams? 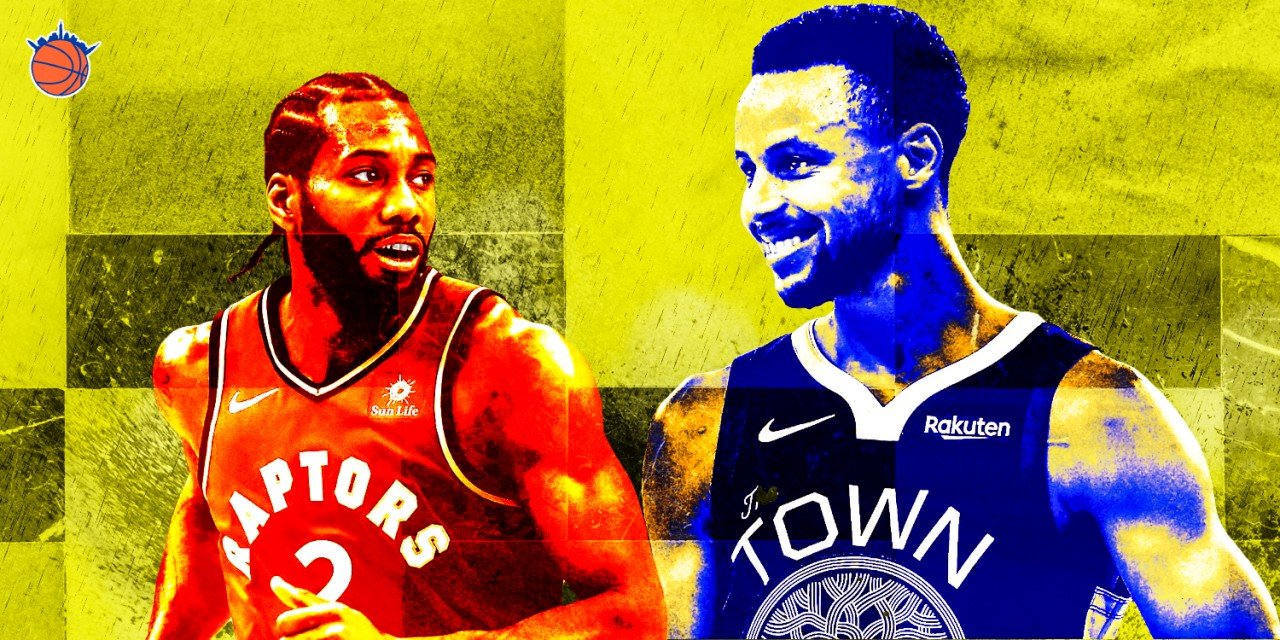 It’s time for a lesson in good team-building since the young Knicks attended Friday’s Finals game. Let’s find out what makes NBA teams in 2019 successful.

There may not be any similarities between the Knicks and the top performing teams in this year’s playoffs apart from coexisting as basketball teams in the NBA. Despite the talent gap, the Knicks have an opportunity to close the gap with the association’s championship contenders this offseason with cap space for two max contracts and the assets to possibly acquire another star via trade.

None of the teams in this year’s postseason were built entirely through this avenue, as nearly all of their cores were built through the draft, and the Knicks’ intentions this summer nearly disregard this process entirely. However, the qualities that New York’s adversaries valued in building their rosters and developing championship-caliber rotations can still be emulated no matter the method.

In the postseason, even if pace doesn’t slow down as much as it used to, things tighten up. It differs vastly from the regular season grind, as teams can key in on opponents’ tendencies and take away the biggest strengths they showed in their first 82 games. Because of this, the importance of the skills that have dominated modern basketball are heightened, primarily the value in creating and preventing effective three-point shooting and takes at the rim.

Here are the main attributes of value that have differentiated the NBA’s best of the best, and therefore should be in mind when Scott Perry and New York’s front office begin their offseason endeavors.

Being a great regular-season shooter isn’t enough to assure a player’s shooting ability will continue to bring offensive value in the playoffs. The ability to create space with or without the ball and hit shots when the defense is tighter matter a ton more in a do-or-die best-of-seven series.

This postseason’s performances of Joe Harris and Joe Ingles, among other players not named Joe, were prime examples of being more than catch-and-shoot threats. Harris led the NBA in three-point field goal percentage this past season, and Ingles ranked fourth the previous season. However, the Harris and Ingles struggled to create separation with their matchups principally focused on taking away their ability to get good looks from downtown.

Ingles shot only 28% from behind the arc in this year’s series against the Rockets, and Harris converted on only 19% of his attempts from downtown against the Sixers. The ability for their opponents to render the team’s best shooter useless offensively was a significant factor as to why both series ended in only five games.

The main takeaway from this phenomenon is that the Knicks can better scout playoff-capable shooters by examining shooting percentages on contested shots, as open looks are very rare to come by for catch-and-shoot specialists in the postseason.

Defense wins champions. As highlighted in one of my previous pieces, every team that won the NBA Finals since 2010—except for an injury-riddled Golden State Warriors in 2018—posted a top-10 regular-season Defensive Rating. Adding in the reduced margins that are presented in the postseason, the value of three defensive attributes rises immensely: size, strength, and I.Q.

The rudimentary advantages of superior size on defense are easy to detect; players who are bigger and longer are able to guard multiple positions, wall off drives, or contest shots at the rim. It is almost required to be able to successfully alter shots against championship contenders—and superior height and wingspan to one’s matchup is the simplest way to have a chance at doing so.

Alternatively, if a player is lacking prototypical size for their position, strength is nearly a requisite for top defenders on a team aiming for a deep playoff run. We’ve seen players in this postseason who have used strength to impact shots without using a traditional closeout that relies on outstretched arms. Some of these teams’ most reliable defenders are effective despite being undersized because they have a strong base.

P.J. Tucker, Patrick Beverley, and Fred VanVleet are a few players who best display this strength. Star players are known to have spots on the court where they can make a shot no matter how tightly contested. However, these sturdy defenders have the ability to disrupt a player’s momentum underneath to alter shots without even putting a hand in the shooter’s face. In particular, Tucker’s post defense on Kevin Durant altered his shots or forced turnovers repeatedly, stymying the flow of Golden State’s counter when its motion offense is stuck in sand.

Defenders who can win battles with their legs possess a severely overlooked skill, and finding players of this archetype could help the Knicks secure players below market value, whether it be through adding a bulldog like Beverley in free agency or acquiring a late first-round pick to draft a defender like Tennessee forward Grant Williams.

Most importantly, both one-on-one and team I.Q. are needed to assemble a championship-caliber defense. Net-negative defenders can find themselves exploited to the point where they are unplayable in the postseason, but a unit connected on a string due to its collective intelligence can counteract matchup hunting.

Two great examples of this are the smarts of the Warriors’ and Raptors’ defenders. Whether it was Golden State pre-switching off the ball against a mismatch to keep Stephen Curry off ball or the Raptors walling up to render Giannis Antetokounmpo useless, these instances demonstrated the advantage that is created by having an intellectual team defense.

No team is better than the Warriors at switching off mismatches pic.twitter.com/C1rUp5npAw

Ultimately, the Knicks should recognize that they need a defense highlighted by a bevy of switchable wings, supported by ancillary players who can get by with their I.Q. and/or strength. This presents a tall task for coach David Fizdale next season even if free agency goes to plan, as New York will have a largely new roster without many defensive reps together.

This brings us to our next point, which is the importance of playing around with as many lineups as possible during the regular season.

Coaches tinkering with lineups and rotations during the regular season is necessary, even if it can get annoying. A prime example of its potential for frustration was Fizdale’s lineups last season. He essentially fiddled to a fault, giving us the Emmanuel Mudiay experience while letting Frank Ntilikina start only four games at point guard with unconditionally big minutes, even if he performed poorly in every other role.

Still, using a wide variety of lineups during the first 82 games affords a team the opportunity to adjust as a playoff series lengthens. Rotation variety gives a coach the requisite amount of counters to get through a series victoriously.

Again using this year’s finalists for reference, the Warriors were able to advance to the championship round despite losing Durant for several weeks. Sure, they have an incredible amount of talent without Durant, but the team was able to survive playing major minutes to many former G Leaguers due to coach Steve Kerr affording every player an opportunity in the regular season.

Shoutout your man wearing the KD Knicks jersey at the Warriors game ? pic.twitter.com/pLZC5xJ9SD

The Raptors giving Kawhi Leonard load management allowed the team, intentionally or not, to get extensive reps using various lineups without the two-time Defensive Player of the Year and 2014 Finals MVP. Toronto used this to its advantage, as it was able to adjust to the Bucks, Sixers, and Magic in the playoffs despite trailing at an instance in each of the three series.

If the Knicks are able to land multiple superstars this summer, they must use the next regular season to afford the opportunity for everyone on the roster to share the court with one another. This will prepare the team for situations in the postseason in which they will not have a choice of who takes the court, whether it be due to the opponent’s playstyle rendering particular players useless or injuries altering New York’s rotation.

Superstars who have several counters to a defense

We’ve seen time and time again players who looked unstoppable during the regular season flame out during the postseason. Going against the biggest and smartest defenses as their only opponent in the playoffs after seeing a variety of unsharpened regular season defenses, a star’s offensive game without counters can be shut down easily when the going gets tough.

Luckily, if the Knicks get the rumored pairing of their dreams, Kevin Durant and Kyrie Irving, they will not run into this issue. Both have proven to not experience a drop off in production as a series lengthens; in fact, each dynamo has shown to get better as their opponents increase in familiarity. Being able to circumvent this issue is crucial to prevent the Knicks from figuratively running into a wall in the playoffs.

Putting the right complementary talent next to a superstar

The Knicks Wall has written several articles on the importance of flanking the Knicks’ free agency signings with players who align with their skill sets. To become a true championship contender, New York should pursue players who can offer and contribute to all of the points of importance listed above.

Finding players who can offer these skills and sign for the price of a lesser rotation player is crucial, as the margin for error in the signings of non-superstars is nearly nonexistent when a franchise is looking to improve from worst to first.

Therefore, New York must maximize value regardless of where they pick in the draft. Most players in rotations of the conference finalists were not picked at the top of the draft. In fact, no superstar in the semifinal round was selected higher than sixth overall. This is relevant to the Knicks because despite disappointment on lottery night, the team still has an opportunity to make the most of its selection.

The teams on top of the league did not need lottery luck to get where they are currently. They were able to competently draft with selections as high as the mid-to-late lottery, filling out their rotations with players who are under contract for value well below their worth.

Granted, the Knicks are off to an impressive start in the draft under Perry, highlighted by the team’s selection of Mitchell Robinson in the second round and addition of the undrafted Allonzo Trier in free agency.

Given the ways in which NBA contenders are assembled, the Knicks are fighting an uphill battle to go from 17-win team to contender in the span of only a few weeks. Making additions that align with the key attributes of the teams currently dominating the NBA is essential to this goal. We will see soon if Perry and co. have this in mind.