What Can the Knicks Learn from Tom Thibodeau’s Timberwolves Offense? 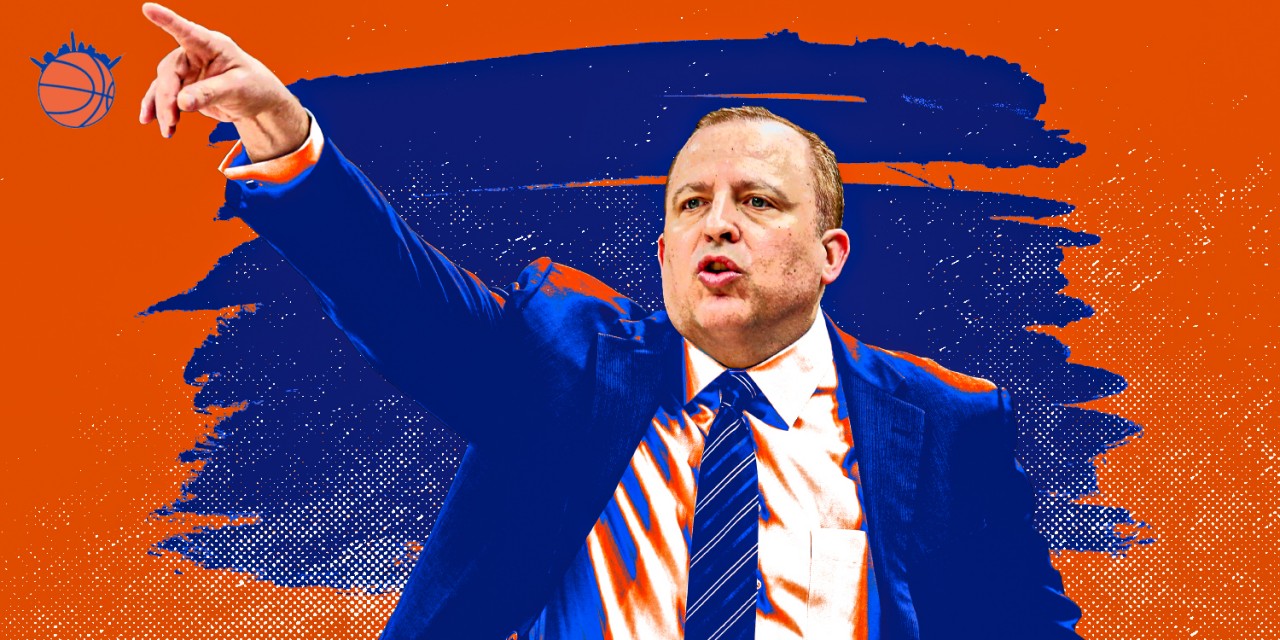 Despite not appearing on an NBA sideline since January 2019, the name Tom Thibodeau still brings distinct images to the minds of those who follow the sport. A gruff man whose persona is twice the size of his stature, Thibodeau is an incredibly important part of the 21st century NBA landscape.

He is credited with revolutionizing NBA defense in the late 2000’s with his “ice” scheme on sideline pick-and-rolls. Most fans can picture Thibodeau on an NBA sideline, his face tomato red, bellowing at his players to get into defensive position.

His reputation as a defensive mastermind, however, does not mean he also lacks a keen offensive mind. In fact, he led the 2017–18 Minnesota Timberwolves to the fourth best offensive rating in the NBA.

With Thibodeau slated as the next coach of the New York Knicks, there are some lessons to be learned from combing through film of the 2018 Timberwolves’ offense.

A disclaimer before going into the film: it is easier to construct an effective offense when you have the best offensive center in the league in Karl-Anthony Towns, an all-around offensive stud in Jimmy Butler, a somewhat proficient isolation scorer in Andrew Wiggins, and good shooting. Meanwhile, the Knicks contrast with a mediocre but misused isolation scorer in Julius Randle, a screen-slipping artist with a lot to prove on the offensive end in Mitchell Robinson, an eager, if sloppy, attacker in R.J. Barrett, and no floor spacing.

Still, there are stylistic choices and sets that will translate well from Thibs’ time in Minnesota to his tenure in New York.

It was hard to be enthused at how Julius Randle was used this year. Giving the lefty free reign to isolate on the wing led to clunky backdowns, spins into traffic, and passes to no one. Randle’s best ability is scoring inside, and he was more effective out of the post (51st percentile) than isolation (28th percentile). It is better to free Randle up closer to the basket than try to have him operate in the one-on-one from the wing or the top of the key.

Thibs’ used a very common but effective tactic to create space for his post-up scorers. After the point guard initiates the offense by passing to the wing, rather than cutting through, the point guard screens for the eventual post player. Watch here as Jeff Teague screens for Wiggins, allowing Wiggins to get closer to the rim and causing confusion on the weak-side so Wiggins has a clean cut one-on-one with Ingram in the post:

In the next clip, watch as Tyus Jones is able to take Towns’ defender out of the play for a split second, freeing him up for an easy layup:

It is a simple action, but it can easily open up space for a post or a finish and generally results in a safer outcome than an isolation from the wing.

The next variation of this action comes about if the player receiving the screen does not think he can get good position on his defender. In that case, the play turns into a side pick-and-roll with the wing. In the following clip, Towns knows that he will not beat Paul Millsap to the rim, so he sets the screen for Butler:

The side pick-and-roll is actually where Barrett found a great deal of success last season. The advantages of the side pick-and-roll rather than a spread PnR from up top lie with the ball handler being able to get going downhill more easily without having to rely on speed and ball handling. This plays into Barrett’s strengths of his good first step, his ability to get and keep defenders on his hip, and his ability to bully through smaller defenders. It also reduces the predictability of the offense, as multiple ball-handler-screener combinations can be used, causing the defense to have to make chaotic rotations and switches.

Fortunately, the side pick-and-roll was a staple of the Wolves’ offense. In crunch time, Thibodeau’s offensive strategy essentially amounted to getting Butler the ball on the wing, sending him a screen, and counting on the fact that he will figure the rest out.

It also allowed more isolation heavy players, like Wiggins, to catch the ball on the run and more easily get a step:

Another positive of bringing in Thibodeau is that there are some incredibly direct overlaps between the sets and actions Thibs ran with the Wolves and those that Mike Miller installed for the Knicks. The following play is similar to the “pistol” set the Knicks ran last year:

Rather than focusing on running the spread screen with below-average point guards, this set allows for more creative ways to incorporate the team’s stronger scorers that might not be the strongest ball-handlers. Screens into hand-offs or double down-screens were used to free up Barrett frequently last year, and Thibs had installed that philosophy with Minnesota:

Of course, when the defense catches on and overplays the curl, the slip is wide open as well:

Analyzing Tom Thibodeau’s most recent tenure with the Timberwolves invites comparisons to the current state of the Knicks. The largest questions loom when considering how much of a role the Knicks’ franchise cornerstones are ready to take on. Is Mitchell Robinson really going to come into next year with the ability to put the ball on the floor and make plays? Will Barrett be able to shoulder even part of the offensive burden that Butler did under Thibs?

To help contextualize the first question, here is a play I am confident Robinson can make because we have seen him make one like it:

Here is a play I am not confident Robinson can make because we have not seen him make one like it:

The next step for Robinson, before jump shots, crossovers, or fadeaways, is to be able to take one or two dribbles toward the basket to put pressure on the defense and cause the defense to react. No one should be expecting him to turn into Towns on offense next year, but he can vastly improve the Knicks offense by developing capabilities outside of slipping screens and grabbing offensive boards.

This is not to say Barrett will ever be a proficient shooter in the NBA, but rather that it is not impossible. He does have similar skills to Butler that could lend themselves well to Thibs’ offense. He is strong, clever, and can get to the rim and line with ease. Improving his jump shot will add a new dimension to his game and open up the floor even more for him.

While the Knicks should not expect Thibodeau to replicate the fourth best offense of the 2018 season when he arrives to New York next year, there is still plenty to be excited about on the offensive end of the floor. Not only does bringing in Thibs allow the Knicks to build upon sound principles and sets they were developing last year, but it also should help the Knicks’ players open new avenues to efficient offense.