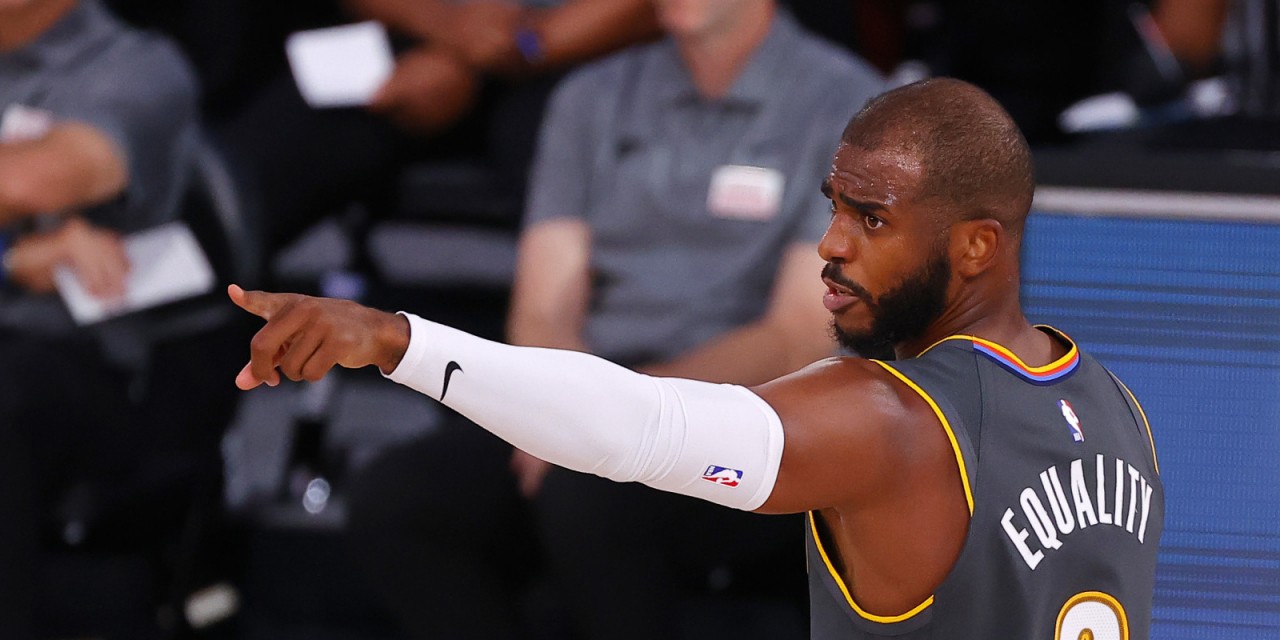 Chris Paul was bumped from the NBA playoffs this past week, and there’s a rumor attaching him and Carmelo Anthony to next year’s Knicks.

After watching Chris Paul’s 28-point masterpiece versus the Houston Rockets in Game 6, which forced a Game 7, I couldn’t help but wonder where Paul will play next year.


Growing up a New York Knicks fan in the post-Ewing era is a lot more stargazing and window shopping—constantly searching for a new messiah to save us from the continuous loop of letdowns—than it is about watching the actual team. The thought of landing the Point God last summer or earlier this season felt like a “Kazoos” move; another faded star on the final lap of their career.

Now, landing Paul would feel like a godsend for every reason imaginable, above them all being that Paul being the best floor general to don a Knicks jersey since Clyde. The real question I came away with is: why the hell would Paul have any interest in being a Knick? The man has had enough misfortune for a lifetime, let him play out his days in Miami or Los Angeles.

But let’s back up a bit. Paul may have some say where he can go, but ultimately the Thunder will send him to the highest bidder. Contenders that would love to add Paul (Milwaukee, Miami, Los Angeles Lakers) might not want to part with some of their pieces or clear the necessary cap to get a deal done. The Knicks are among the few who could absorb Paul.

Back to Paul: why would he want to go to New York? He still has meaningful minutes left in him at 35 years old—what could Paul’s former agent Leon Rose pitch him that could make the Knicks remotely appetizing?

For starters, a familiar face: Carmelo Anthony. Rose has been interested in an Anthony reunion since he took over as team president, and Anthony is rumored to be interested in said reunion if Paul were to join him, per Ian Begley of SNY. Anthony is a fan of Tom Thibodeau, so much so that he almost signed with Chicago in 2014 because of Thibs. There is reason to suggest that Thibodeau and Paul, who emote a similar ethos, would be enough to lure ‘Melo back home.

It would be ambitious to say Paul and ‘Melo in New York is as exciting as it could have been in 2011, but both guys could lean into the mentorship of the younger players. Part of this ever-elusive culture reconstruction is player relations. Getting star players to come to New York and enjoy their tenure is a major step in achieving that.

Paul and Anthony are among the gatekeepers of the league, and 2020 has taught us the importance of paying it forward. Paul would garner respect from the young players and build a relationship, similar to what he had with Shai Gilgeous-Alexander this season. Depending on the outcome of the draft, Paul could take Killian Hayes, Kira Lewis or Cole Anthony under his wing, or maybe he is the last-ditch effort to save Dennis Smith Jr.’s career in New York.

All of this flows into Paul’s post-career moves. While Paul serves as a mentor on the floor, Rose could be his mentor for life beyond basketball. President of the NBA Player’s Association already, it is clear that Paul has a future in the league beyond the court; ESPN’s Jay Williams alluded to this very fact. Rose could groom his heir, Paul can learn how to build from the ground up, and as a bonus Thibodeau gets an on-the-floor coach to help with the glut of young players that should be on the floor. And the biggest winners are the fans, who will finally be treated to watchable basketball.

There is also a legacy item Paul can shoot for if landing a title proves to be out of reach. If Paul and Anthony could be a part of the turnaround of New York—not just the win-loss record but the general culture—he could be the player pegged as the turning point. As Amar’e Stoudemire can attest, it doesn’t take much for people to proclaim “the Knicks are back.”