What Can the Knicks Do With Two Open Roster Spots? 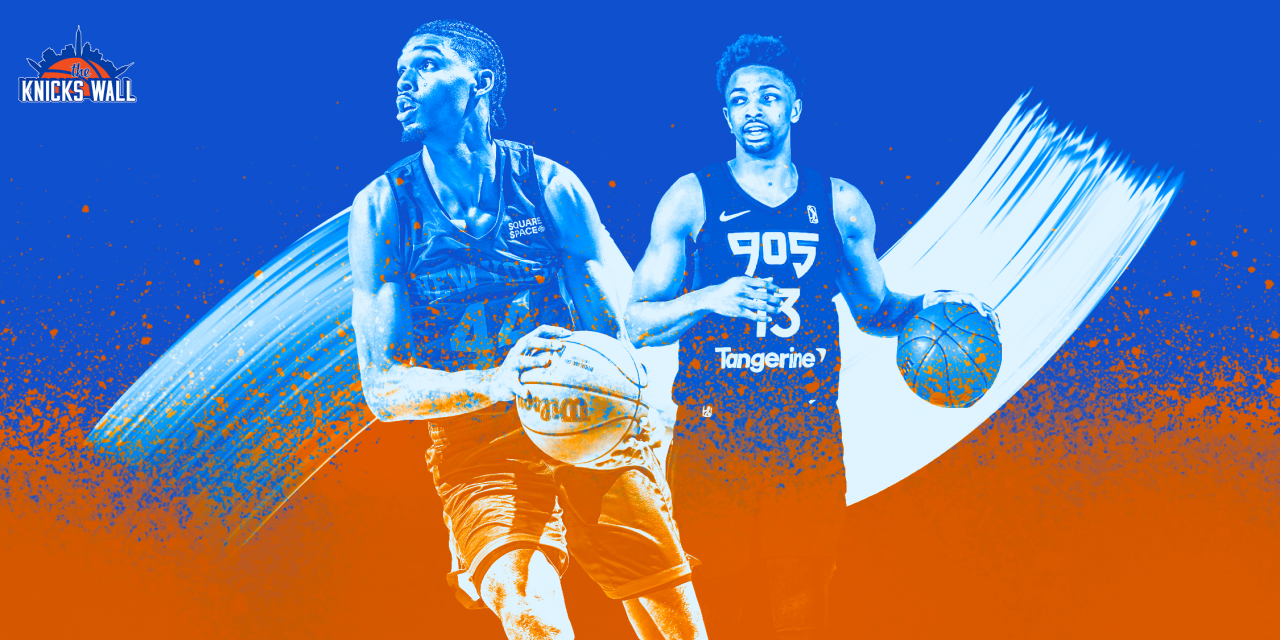 The Knicks still have some roster spots as the offseason winds down? What, if anything, should they do to make the most of them?

When glancing at the New York Knicks, the conversation about their potential acquisition of Donovan Mitchell, there are several details that matter. The draft picks — New York has several draft picks to offer. The additional players — New York has the proper salary to get this deal done, while also having several young pieces to entice a deal. Finally, the roster spots? New York has those, which could come in handy. However, what if the Knicks cannot get a deal done, what should the Knicks do with those open spots?

New York has two open roster spots but doesn’t have many open rotation spots, which could throw things off for any potential suitor. Right now, New York arguably has too many rotation-level players, with the likes of second-year man Miles “Deuce” McBride and Cameron Reddish, last season’s big trade acquisition, on the outside looking in. Even Jericho Sims, who looked like a capable backup center at various points this season, is most likely the team’s third-string center to start the season.

Not many spots in the rotation but not too many real needs either. New York has several playmaking guards in the backcourt (McBride, Jalen Brunson, Immanuel Quickley, Derrick Rose), several options on the wing (RJ Barrett, Evan Fournier, Quentin Grimes, Cam Reddish), mismatch options at the four (Julius Randle and Obi Toppin) and three centers (Mitchell Robinson, Isaiah Hartenstein and Sims). It’s a testament to how well Knicks President Leon Rose and crew have been in talent acquisition over the last three years.

So what should the Knicks do here?

Keep the spot(s) open for a trade

The simple answer is to keep the spots open for a potential trade. In looking at a Donovan Mitchell deal, maybe the Knicks could find another talent from Utah to make it worth it. Could the Knicks perhaps adjust the offer and get back talented forward Jarred Vanderbilt back in the deal? New York has the flexibility to take another player back in trade and could potentially use that in future negotiations.

What about using that extra space when getting a player out? In a potential Julius Randle trade, New York will have to take back salary to make it work. That salary could range from one onerous contract to several, smaller and more manageable deals, thanks to their extra roster spots. All in all, the two roster spots give New York various options when it comes to trades, including helping some teams get along as a third team in a potential trade.

Are there any players available on the market?

In short? Thanks to the two-way deal and the ability to make players restricted two-way free agents, the odd young guy on the market is no longer likely. Former Atlanta Hawk Sharife Cooper is on the market, but without a place to play him, that doesn’t seem likely. Former Louisville guard David Johnson, under the Toronto Raptors and their two-way deal, would be an interesting addition, just on traits – defense, creation – alone.

This is more likely for a spot or two for a veteran. Maybe not at the level of a Taj Gibson, but someone like Anthony Tolliver, the well-traveled big man who understands the game and can serve as a valuable end-of-the-bench veteran. New York doesn’t need another veteran to take playing time, but another voice working with the young guys shouldn’t hurt.

The Knicks are in a good spot with their roster and assets. The general question for New York is how to manage those final two roster spots. The answer just might be Feron Hunt and Trevor Keels. Both players made appearances with the Knicks in Las Vegas Summer League and both have shown flashes. Hunt is an excellent athlete who played well in Vegas, while Keels, entering next season as an 18-year-old rookie, could make do with time in Westchester to allow the Knicks to keep an eye on him and help improve his game.

For now, though, the Knicks have two open roster spots and don’t really have to do anything with them right now. If the Mitchell saga turns yet again and allows the Knicks to use them, they will use them. If nothing happens on that front, it wouldn’t shock me if they turned to internal options with an eye on development.

»Read: Grimes Versus Quickley: Who Has More Value?

»Read: What is Obi Toppin’s Fate if No Trades Come?