What Can the Past Teach Us About Trading Back? 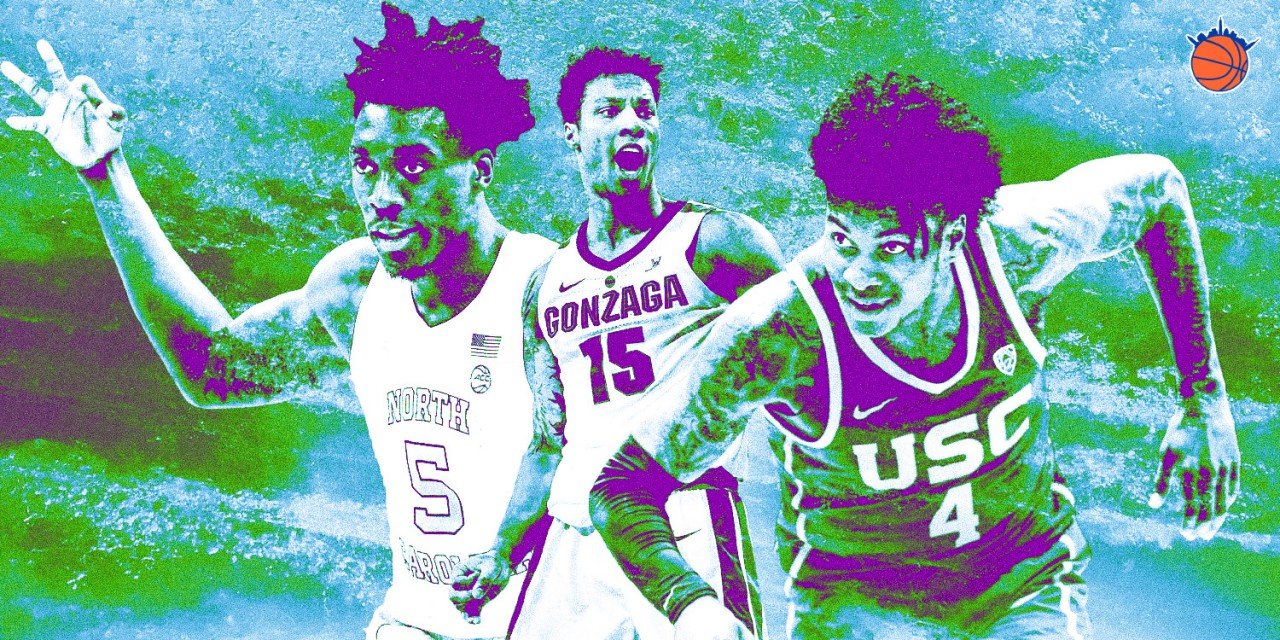 Last year the Hawks were able to swing a deal to trade back yet still capture a rising star in Trae Young. The history of trading back in the draft is mixed, though, as the Knicks decide what to do with the third overall pick.

In drafts generally viewed by the public as weak, trading back is always a popular topic of discussion amongst media and fans, and this year is no exception.

With little clear-cut distinction between players considered to be Tier 2 and Tier 3 prospects, multiple lottery fanbases are already looking at the possibility at moving down a few spots in an effort to pick up another valuable asset or two along the way.

It’s not hard to see why: for all the tireless work put into it by draftniks, scouts, and GMs, the draft itself often turns out to be a total crapshoot. A sure thing can become a bust before you can blink, and a home run swing can blow up in your face like an Acme rocket. Why not give yourself as many bites from the apple as possible?

But doing so adds yet another level of risk to an already-risky process, especially when trading out of the top three. For a GM, trading back from a top pick and failing to recoup value can be even more damaging than swinging and missing with the pick. Misjudge the package coming back and you could soon find yourself needing to update your LinkedIn page—just ask John Nash, who only made it to February following a draft-day trade of the number three pick (Deron Williams) for the sixth pick (Martell Webster), and two picks that were traded for Jarrett Jack.

We’re currently in a bit of a trade-back boom, as each of the last two drafts has seen a team in the top three trade down and be rewarded for their bold choice. Atlanta took a can’t-miss player—Luka Doncic—and traded him for the pick that became Trae Young, who looks like a potential future All-NBA-caliber player, and the 10th pick in this year’s draft (Goga Bitadze, anyone?). Not only did they get a franchise cornerstone, but also another high pick to fill out their young core or package in a future deal for a proven vet.

Likewise, two years ago, Boston flipped the first pick in the draft, swindled off of Brooklyn years earlier, to Philadelphia for the third pick and a pick that became the 14th pick in this year’s draft.

Now, Markelle Fultz’s freak shoulder injury/case of the yips was something no one could have seen coming and makes the trade way worse for Philadelphia in hindsight, but even if Fultz had performed to expectations, Tatum’s 2018 playoff run alone shows that at the very least, the Celtics got a return on their investment with the young star-in-the-making in tow.

Sounds pretty good, right? But there are plenty of ways this kind of move can create more turmoil than it fixes, especially in a draft class with only one perceived Tier 1 player, Zion Williamson.

Maybe it’s something as simple as talent misevaluation, such as the Bulls trading the second pick in the 2006 draft to the Trail Blazers for the fourth pick and Viktor Khryapa. The fourth pick became Tyrus Thomas, who averaged seven and a half points and five rebounds per game in three years for the Bulls. The Blazers ended up with LaMarcus Aldridge, who now sits as the team’s all-time leading rebounder and is third all-time in Blazers history in points, blocks, and minutes played.

Some teams trade out of the top three in a short-sighted play for some current relevance. In 2001, playing in a year-old arena and no doubt feeling pressure to put fans in seats, the Hawks traded the third pick along with a couple veterans to the Grizzlies for Shareef Abdur-Rahim and Jamaal Tinsley. Shareef actually played two solid seasons, featuring one All-Star appearance for the Hawks, but they were the last good years of his career and by year three, he too was gone. The third pick became two-time NBA champion, four-time All NBA center and future Hall of Famer Pau Gasol.

If the Knicks were to trade the third pick, it would mark the 10th time since 2000 that a top-three pick was traded. So what can the previous nine attempts teach us about how and when such a move can be successful?

For starters, the failed trade-downs illustrate that to move back a couple spots in the draft just to pick up a secondary asset, a team needs to be sure the player they’re taking still has potential to be one of the top players at their position—see Minnesota trading the third pick, O.J. Mayo, and others for the fifth pick, Kevin Love. A top-three pick represents the chance at a homegrown superstar, so trading that for a couple decent role players ain’t gonna get the job done.

In my mind, there’s only one prospect mocked to fall past three in this year’s draft who fits that description: Darius Garland.

(Yes, one could make an argument for Jarrett Culver or Brandon Clarke, but I personally wouldn’t. No, I don’t wanna hear about Cam Reddish right now.)

If the Knicks think Garland could reach his Damian Lillard–lite ceiling, they could explore trading down with either the Lakers (if the Knicks decided to bow out of the Brow sweepstakes, R.J. would help L.A.’s pursuit of Davis immensely) or the Cavs for future assets.

The other common goal when trading out of the top three is to get an older player who can contribute right away—but be wary, for that way is paved with the broken dreams of impatient teams.

The only time since 2000 that such a trade has worked out is the Wiggins/Bennett for Kevin Love trade that eventually led to the Cavaliers winning their first ever championship. Which, all things considered, is about as good as you could hope for! But having LeBron instantly makes the team an outlier, and far more often, these moves have backfired.

For example, the Clippers traded the second overall pick in the 2001 draft for Elton Brand, who, like Abdur-Rahim in Atlanta earned his first All-Star berth with the team (as an injury replacement, but whatever). But the Clippers still missed the playoffs and fell into such disarray that this era of the team’s history is referred to in Wikipedia as “2000-2009: Further Struggles at Staples Center.” Like with Abdur-Rahim, the team had taken a gamble on a good but not elite veteran who despite achieving some personal success, wasn’t able to raise the fortunes of the team around them.

Now, the players currently being floated by fans are probably better than Elton Brand and Shareef Abdur-Rahim. Bradley Beal and Anthony Davis are both massive talents who are still young, and both provide some of everything you’d want from a player at their respective positions in 2019. If either are available for the price of the third pick plus some collection of young players, the Knicks would be foolish not to consider pulling the trigger.

But if they’re not getting an established star in that general talent level, trading back would be a pretty big mistake, in this writer’s humble opinion. R.J. Barrett, for his many documented/obsessed over flaws, still has Number Two Option on a Playoff Team potential, and if he can iron out his shot, also has a great collaborative skill set that would help him mesh with star free agents, should they come.

In any draft, but especially a weak draft, taking a player top three whom you’re not absolutely in love with—and it seems like a lot of Knicks fans are not absolutely in love with R.J.—can feel like putting all your eggs in one basket. But the Knicks already got lucky once when they were the only bottom-four team to stay in the top three. To turn around and trade that down is a bit like winning $40 on a scratch-off ticket and using those winnings to buy two more scratch-off tickets. Sure, there’s a small chance it could work out even better, but sometimes the safe move and the smart move are the same thing. Sometimes you’ve just gotta take the money and run.

»READ: Would abolishing the draft benefit the Knicks?

»READ: After missing out on Zion, R.J. Barrett is a nice consolation prize