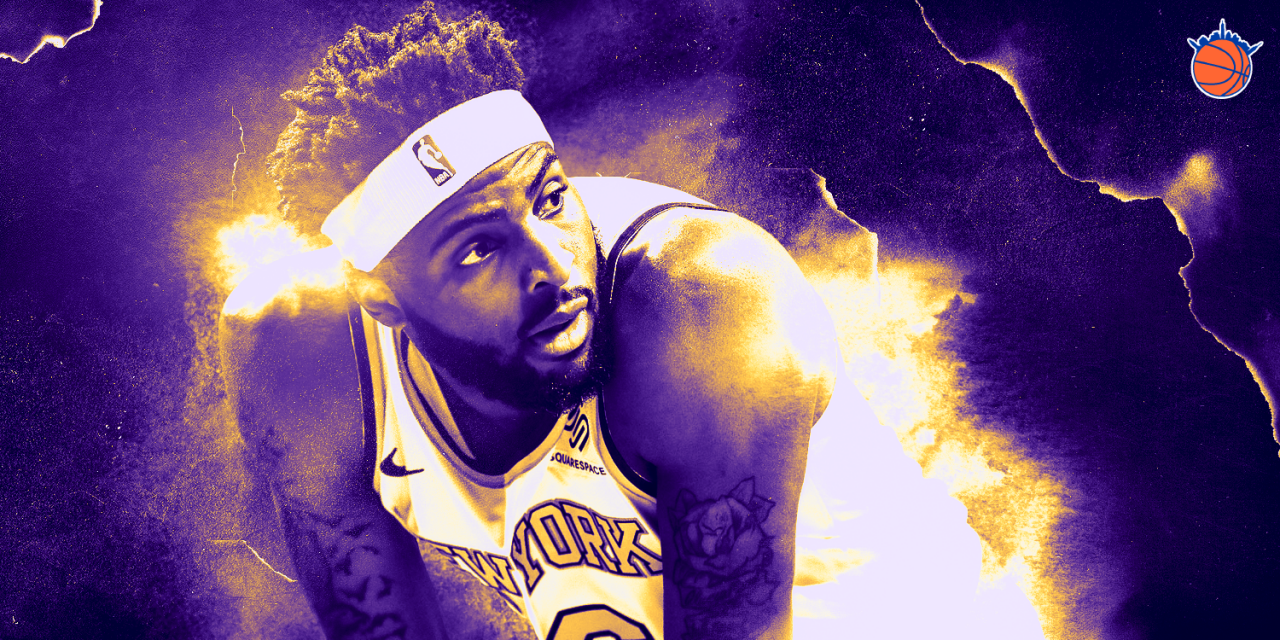 DeAndre Jordan is evidently here to stay in 2019, so it’s time for the Knicks to have him focus on the younger players’ development—like blossoming center Mitchell Robinson.

With newly acquired DeAndre Jordan having made it past the deadline still donning orange and blue, a lot has been made of his potential to help Mitchell Robinson’s development. The comparison feels easy given that Mitch is predicted to play a similar role to what Jordan has played his whole career. But DeAndre’s seen his play decline significantly with age, so is this version of DeAndre still helpful?

Back in his Clippers days, DeAndre Jordan was a force as a rim protector and as a third banana of Lob City, but his production fell off after Chris Paul departed. His counting stats were still strong, averaging a double-double with over 13 rebounds and a block per game with Dallas this season, but much of the stats feel empty. Look at how his team fared with him on versus off the court in every season of his career.

Notice a drop off point? He’s no longer the player he once was, both by the eye test and the stats. And with even less of the game funneled through the middle, and mobility becoming an even more important skill, Mitchell Robinson is arguably currently better at defense than DeAndre Jordan.

Mitch’s block percentage sits at 5.4 percent on the season, in the 99th percentile among bigs and first among all rookies in NBA history. He averages 2.0 blocks a game in just over 17 minutes. DJ’s block percentage is just 1.9 percent. Simply put, teams are afraid of Mitch when shooting near him or in the paint.

And it bears out in the stats too, albeit on a small sample size. In his four games with the Knicks, the team has fared much better with Mitch on the court than with DJ.

Some of this is DAJ vs. starters & Mitch vs. bench but it’s not that much.

DJ has displayed an astounding lack of motor, and he seems to hunt defensive boards and blocks instead of positioning himself in the best place to play good team defense. On some possessions, he doesn’t contest at all.

But there are a few subtle things with which Jordan’s veteran savvy can help Robinson.

Mitch needs to get better at playing more physically, and that includes setting solid screens. Some physicality comes with time and weight put on over summers and years of banging with other behemoths in the post, but it’s good for Mitch to see what to do with that extra weight in action.

DJ still obliterates people with his screens, and with his experience working pick-and-rolls, he’s comfortable with timing how long to hold a screen for and when to start rolling. It should help Mitch to work with DeAndre in practice on those reads.

Jordan has pre-existing chemistry with Dennis Smith Jr., having played with him in Dallas earlier this season, so DJ can help Mitch out with some timing tricks.

That physicality also plays out in his one-on-one defense against big men. One place where Mitch can struggle on D is when a larger guy uses his base to push him under the rim, making it hard for him to contest. Against the largest guys, it’s importantly to do your work early and not let them establish deep post position in the first place. DJ is still strong with his lower body in holding position.

DJ also just gives Mitch another big body to bang with in practice. The reality is that night in, night out, he’s going to be facing guys like Andre Drummond or Nikola Vucevic, and will need practice guarding someone more massive than Luke Kornet.

Another area where Mitch notably struggles is fouling. Though that is a struggle for almost every young big man, it has been especially so for Mitch. He commits 7.7 fouls per 100 team plays, which per Cleaning the Glass is in the 1st percentile among big men in the league this year.

Throughout his career, DeAndre Jordan has been excellent at playing defense without fouling. His foul percentage has hovered around the 70th to 90th percentile among centers for the majority of his career. This year, he commits just 2.8 defensive fouls per 100 team plays, good for the 90th percentile per Cleaning the Glass. If DJ can work with Mitch on staying his ground and not biting so hard on pump fakes, the partnership can certainly produce major fruit for the Knicks moving forward.

After the last Detroit game, Mitch was asked about DeAndre’s mentorship, and said that he was teaching him to be more patient in practice, and he just needed to work on applying that to in-game scenarios.

“Having @DeAndre around, he helps me out at practice, and I just translate that to the game.”

Though it can be frustrating to watch Jordan on the court when Robinson can already do almost everything better than him, his presence can play a key role in helping the youngster develop some specific skills. We hope he doesn’t pick up the bad habits like block chasing instead of playing team defense, but there is still a ton to be learned from DJ in terms of patience and physicality.