What Does the Future Hold for Cam Reddish and the Knicks? 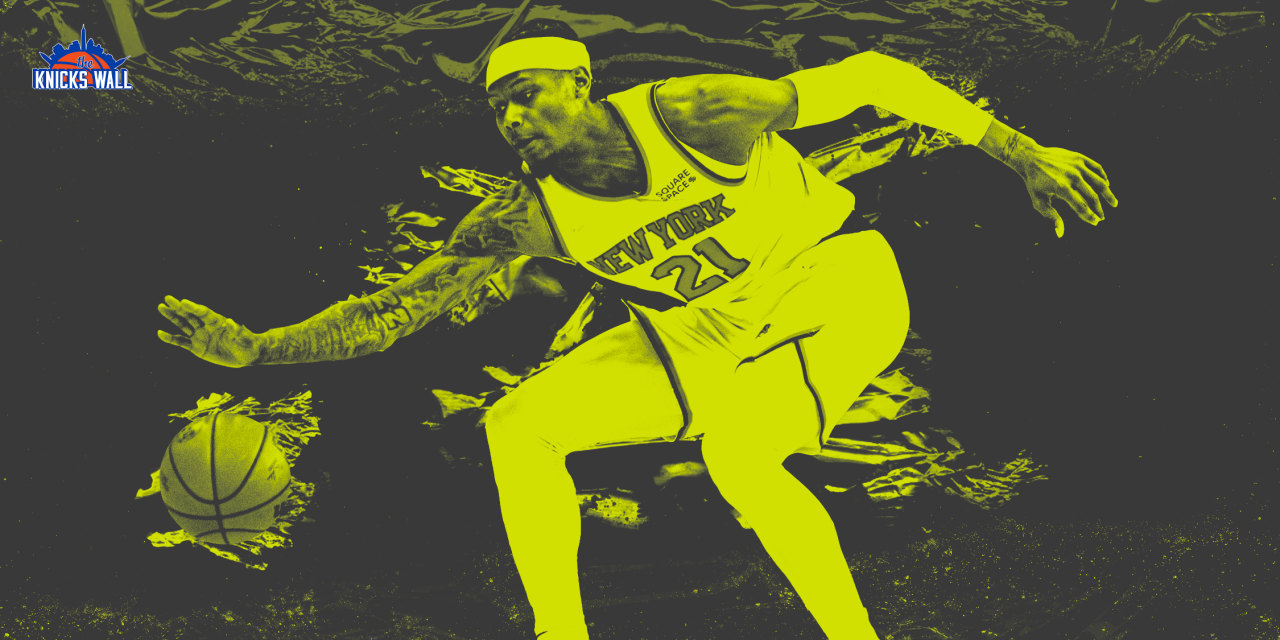 Cam Reddish struggled to crack the Knicks’ rotation last year, but with a summer to heal, he could work his way into a real role this season.

The New York Knicks made a small wave this past season when they traded Kevin Knox II and a 2022 protected first-round pick (by way of the Charlotte Hornets) to the Atlanta Hawks to acquire forward Cam Reddish and a 2025 second-round pick.

Reddish, a promising talent out of Duke University who played alongside RJ Barrett and New Orleans Pelicans star Zion Williamson, had asked out from Atlanta to seek a larger role elsewhere. While more minutes for a young player is not exactly a phrase you hear often under the tutelage of head coach Tom Thibodeau, even he said: “you can’t have enough wings” in a press conference shortly after the acquisition.

That sentiment could ring true for New York, but it remains to be seen given their disappointing end to the season. They missed the playoffs and Reddish was sidelined briefly into his first Knicks stint with a shoulder injury. That being said, he certainly showed flashes of what he could offer the team.

On one hand, he averaged just 14.4 minutes per game in the 15 games he suited up for New York, posting 6.1 points per game, 1.4 rebounds, and 0.7 assists. On the other hand, we’ve got the game against the Los Angeles Clippers where he dropped 17 points in 25 minutes in a road win and had New York fans gushing over his talent.

So, the question remains whether or not the Knicks see the 22-year-old in their future. One determining factor will be whether they decide to build around their other young, up-and-coming star, RJ Barrett, or if they seek to make a splash in the offseason by using him and other youthful pieces to spruce up their roster with a bona fide All-Star.

Cam Reddish’s rookie contract will be expiring next summer, leaving New York with a decision about whether they want to extend an offer to him to make him a restricted free agent in the 2023 offseason. The Knicks already have Julius Randle and Evan Fournier on the books with two fairly large contracts, and they’ve remained quiet regarding their thoughts on offering a big extension to Barrett. Reddish might not draw too much interest across the league, but if he did, the Knicks may not want to match an offer sheet if it impedes too heavily on their plans for a contract with Barrett.

The Knicks could also extend Reddish between now and next summer, though it’s an unlikely option given how his first season in New York went. More likely, they’ll spend the early part of the season evaluating what his role should be moving forward. Reddish should be a solid option offensively as the primary back-up to Barrett, especially playing alongside a healthy Derrick Rose. He could also be a great floor runner with Obi Toppin and Immanuel Quickley, two other young players who provide a spark off the bench. Throw in a sharpshooter like Quentin Grimes, and Reddish could be the missing ingredient in a great (when healthy) second unit for the Knicks.

Another option for the Knicks would be to package Reddish in a trade alongside other young pieces, or veterans, and draft picks to attain a disgruntled star or a higher pick in the draft. Two names that come to mind when considering this option are Purdue’s Jaden Ivey, who’d be an immediate franchise-changing guard, and Utah’s Donovan Mitchell, who is reportedly upset with the direction of the Jazz.

Again, Reddish may not be considered much of a sweetener by teams. The Kings have reportedly expressed their interest in getting a veteran back in exchange for their pick, and Randle is the name that comes up most in scenarios surrounding a trade with Sacramento. If Utah wanted to work their way towards a rebuild, they may be inclined to ask for players like Reddish, Quickley, and Toppin, which would provide a nice youthful foundation for the Jazz if they plan to build around Rudy Gobert in the post-Mitchell era.

Regardless of Reddish’s fairly low level of contribution and ability to showcase his talents this season due to both ankle and shoulder injuries, he’d immediately provide youthfulness and intrigue to a team like Utah that could be facing losing a star in Mitchell. With several wing players that are either much older than Reddish, such as Rudy Gay or Bogdan Bogdanovic, or just unimpactful upon the team’s success, like Juancho Hernangómez or Danuel House Jr., he’d be bringing the potential to, at the very least, contribute solid bench minutes under coach Quin Snyder.

Ultimately, Cam Reddish is a player that the Knicks should be seeking to hold on to. He would complement Barrett or their bench unit equally, and he adds even more size and athleticism to a team seeking to get faster next season. While his numbers have yet to reflect the potential he came into the league with, a healthy season for him to work with a (hopefully) newly restructured Knicks squad could allow him to prove himself an “x-factor” for the team moving forward.

»READ: Quentin Grimes’ transformation into a legit 3-and-D for the Knicks

»READ: Knicks should lean into their young core

»READ: How should the Knicks handle Derrick Rose?