What Does the Future Hold for Mitchell Robinson and the Knicks? 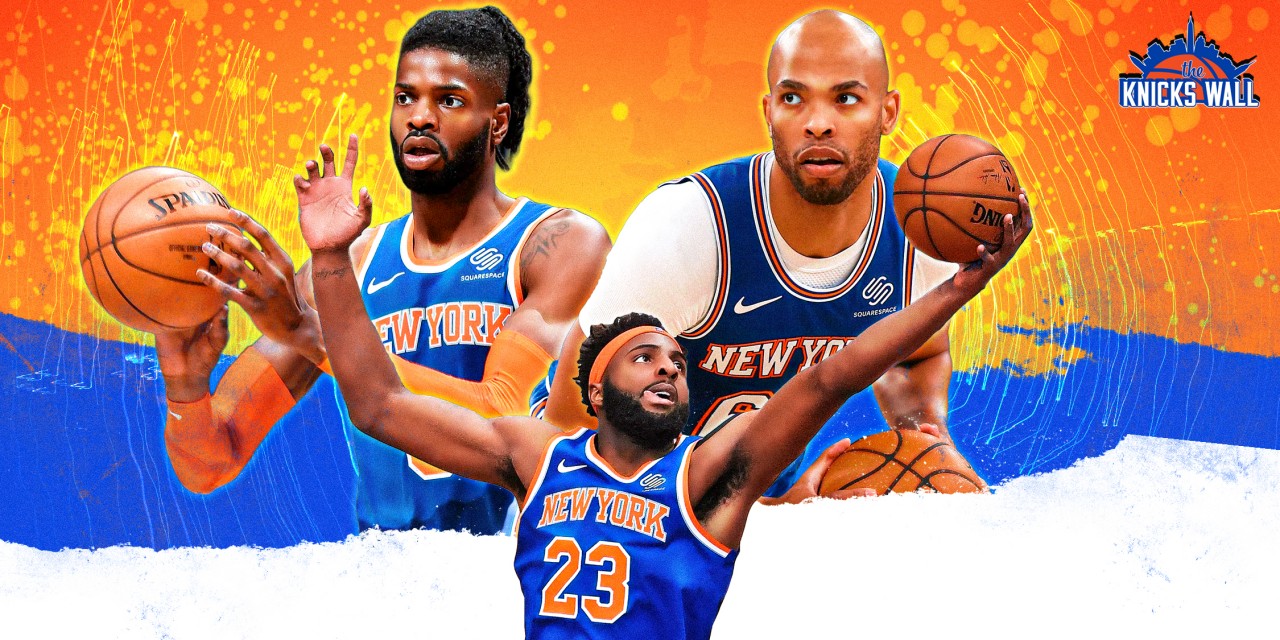 Mitchell Robinson was sorely missed in the Knicks’ brief playoff stint. How should the organization handle his future in New York?


It was a forgettable season on an individual level for New York Knicks center Mitchell Robinson, who broke his hand in February and then proceeded to break his foot on March 27th. The 23-year-old was limited to 31 games. As a result, Robinson’s third NBA season was derailed due to two huge injuries.

The Pensacola, Florida, native Robinson was a second-round pick in 2018 and, although still a raw and unfinished product, is on a positive trajectory to develop into an excellent big along with already being a quality starter with elite shot-blocking skills and athleticism. Robinson was averaging a career-high 8.1 rebounds and 27.5 minutes per game in his truncated 2020–21 campaign, per ESPN Stats.

There was an outside chance that Robinson could come back for the playoffs, and judging by various social-media posts, he was itching to see the floor and get out there and go to battle with his teammates. Unfortunately, due to the Knicks’ early exit from the postseason, we won’t see Robinson in game action until the fall, as the Knicks look to build on this foundational season and take that leap towards a deeper playoff run.

Since Robinson went on the shelf in late March, the Knicks went 17-9 without the young big. Veterans Taj Gibson and Nerlens Noel filled in very nicely and held down the fort effectively, with high-energy, inspired ball, particularly down the stretch of games. New York’s late-season surge and good frontcourt play made Robinson not seem like a huge loss at the time. Gibson and Noel’s impact wasn’t often reflected in the box score, but the journeymen came up huge in moments like the below.

Once the playoffs rolled over, it was a completely different story and Robinson’s absence was felt.

Clint Capela, like Robinson, is one of the best at his position at running the floor, ferociously grabbing boards, and catching alley-oops from Trae Young. Capela finished with at least 12 rebounds in every playoff series game, as he came up big for the Hawks, per NBA Stats. Capela, who rarely talks trash, was feeling so comfortable that he called out the Knicks and essentially called them soft. Hard to argue that Mitchell Robinson wouldn’t have put up more resistance to Capela.

Alongside Capela, Atlanta boasts frontcourt stud John Collins. Collins was doing damage from all areas of the floor and did just that, knocking down seven three-pointers in the series while scoring in double digits and shooting about 50% from the field in four of five playoff games, per NBA Stats. Collins, who is looking for a large contract soon, worked the Knicks.

Finally, there’s Trae Young, the biggest villain among Knicks fans in current times. Young was outstanding in this series and made sure everyone on the Knicks know how well he was playing. His signature moment was when he drove right at the end of game one and sunk the floater that broke the Knicks’ spirits in a tough loss.

Again, hard to imagine Robinson not at least altering that shot better than Gibson or Julius Randle, who were on the floor on that possession. Young was also able to maneuver his way into the lane throughout the duration of the series and take advantage of the slower, less athletic Gibson and Noel. With Robinson absent, the Knicks’ ability to defend the pick-and-roll was compromised as well.

A disheartened Taj Gibson after the Game 5 loss even conceded that he “doesn’t kn0w” how to defend Trae Young, per the New York Daily News, and essentially said that great players will somehow find a way to get theirs and there’s not much to do about it.

In the series, Gibson didn’t score more than six points and had a positive plus/minus in only two of the five games, per NBA Stats. The hobbled Nerlens Noel was also relatively ineffective throughout the series and didn’t quite provide the sparks that we previously saw from these two bigs in the regular season. Nobody expects these two to be 15-20 point-per-game scorers, so not knocking the vets, but the younger, more athletic, and bouncy Mitchell Robinson likely would’ve been more of a plus on both ends of the floor.

The Knicks have a key decision to make for Robinson.

In a league where big men are becoming increasingly more marginalized, Robinson might not be able to garner as much money, given the fact that he is a below-average shooter and is likely a fourth or fifth option on a playoff-caliber team. Having said that, I do believe the Knicks would be extremely smart to keep Robinson, assuming he plays well next year and shows he can stay on the floor.

This playoff series proved that slower, limited bigs like Noel and Gibson truly aren’t what works in today’s NBA. Not saying that these two don’t have value in spurts and as backups, but in order to compete against good teams and match up with guys like Capela and Collins, you’re going to need your primary big to at least be competitive against the plethora of talented young frontcourt players the Knicks will likely have to go through in the future, like Giannis Antetokounmpo, Joel Embiid, Bam Adebayo, etc.

Let this series serve as a warning to the Knicks that it is a huge risk rolling out big men who don’t elevate well and have limitations in a playoff despite, despite his injuries, Robinson my past, he is a better leaper, dunker, shot blocker than anyone they have currently on the roster and clearly has a higher ceiling.