What Is the Case for Keeping Knicks Head Coach Mike Miller? 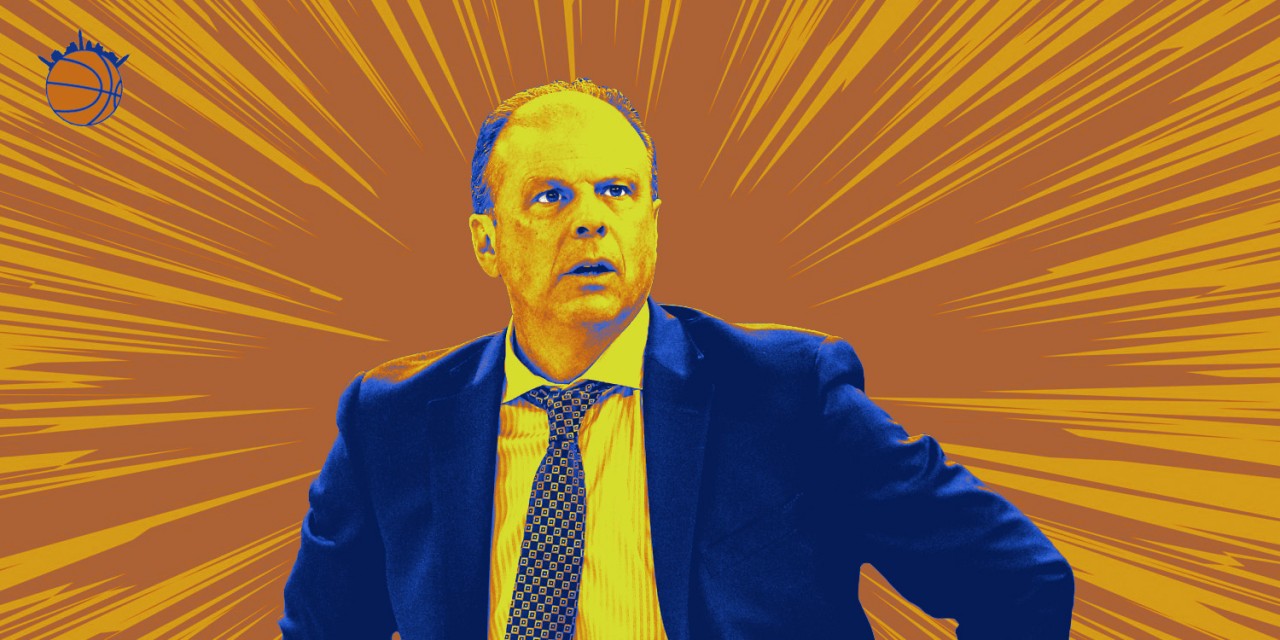 While the Knicks officially begin their head coaching search, their interim man, Mike Miller, has a solid case of his own to stay onboard.

It’s official. The New York Knicks’ season is over.

You didn’t have to be Nostradamus to see that coming. Or really even a basketball fan for that matter. Everyone knows the Knicks are, well, the Knicks. Not making the playoffs is what they do.

And while the real world is, perhaps quite literally, on fire at the moment, the Knicks surprisingly don’t look like their usual dumpster-fire selves under team president Leon Rose. Well, at least not yet. After all, the NBA regular season hasn’t even technically ended for most teams.

Rose has made three rather uncharacteristically Knicksian hires since he’s been on board—Walt Perrin as assistant general manager of college scouting, Frank Zanin as assistant general manager of pro scouting, and Brock Aller, the renowned “cap guru,” as their vice president of basketball and strategic planning. Rose also brought back general manager Scott Perry with a one-year team option, in what is seemingly an effort to see what Perry can do without his former boss and career James Dolan confidant, Steve Mills. The new hires were universally lauded, and with an early start to the offseason, the Knicks are in a solid position to flesh out their next biggest priority settled—head coach.

Most reports indicate that Tom Thibodeau is the unquestioned front-runner to nab the Knicks’ top coaching job for next season. It’s also been rumored that he’s even already building his coaching staff. But we’re already having nightmares of Steve Kerr à la 2014, so let’s pump the brakes just a tad (Also, see: last year’s free agency). So for all intents and purposes, let’s just say the Knicks are not yet settled on a coach for next season.

New York is reportedly set to interview ex-Knicks assistant coach/former Nets head coach Kenny Atkinson, in addition to their own former head coach, Mike Woodson. But one name that’s also flown, for the most part, under the radar is interim coach Mike Miller, who led the Knicks to a 17-27 record after he took over for David Fizdale following the Knicks’ dreadful 4-18 start to the season. Nevertheless, “flying under the radar” is basically who Mike Miller is. That’s sort of his thing, you know. But that shouldn’t take him out of serious consideration for the full-time job.

The Rise of Mike Miller

His journey to the NBA wasn’t a prototypical one. After serving as a small-school college basketball coach—most notably, serving as the head coach of Texas State and Eastern Illinois—Miller became a G League underdog story. He caught on with the Spurs’ G League affiliate, the Austin Toros, before ultimately being hired by basketball legend Phil Jackson to run the Knicks’ G League team. And while the Knicks themselves floundered, Miller’s Westchester DubKnicks flourished, eventually earning Miller the 2017–18 G League Coach of the Year award.

Miller, of course, was then given a seat on Fizdale’s bench, before ultimately succeeding him. The man described by others as a “basketball-lifer” immediately impacted a young Knicks team with his X’s and O’s, unflappable demeanor, and impressive knowledge of the game. In fact, he was originally hired by Jackson because of his knowledge of the Triangle Offense, perhaps one of the most intricate offenses in NBA history. Well, at least when you don’t have Michael Jordan, Scottie Pippen, Kobe Bryant, Shaquille O’Neal, or Pau Gasol on your team. Still, its read-and-react complexities make it an incredibly difficult offense to implement, especially in the modern NBA, where roster turnover is at an all-time high and a head coach’s job security—or lack thereof—is at an all-time low.

Miller didn’t utilize the Triangle with the Knicks, but it further displayed his knowledge of the game. And watching him coach last year’s albatross of a Knicks team was even more proof of that notion.

It was clear from the start that Miller was going to have the Knicks play to their strengths. He took the ball out of Julius Randle’s hands—much to the delight of Knicks fans—and isolated less. The team took fewer mid-range shots and scored more points in the paint, as Miller took better advantage of the Knicks’ lone strength—their size. The Knicks, shockingly, were actually second in the league in paint points per game under Miller, with the coach’s preference for running high screen-and-rolls undoubtedly playing a large factor. Unsurprisingly, they also scored more, averaging 5.8 more points per 100 possessions than they did under Coach Fizdale. And with a team full of strong individual defenders and a shot-blocking phenom down low in Mitchell Robinson, Miller also made the prudent call to switch less and fight over screens more. An old school approach, but far from rocket science, especially given the ‘Bockers roster makeup.

The results were also tangible when it came to their young guys. R.J. Barrett, Robinson, and even Frank Ntilikina improved under Miller. Barrett set a career-high (twice!) after Miller took over for Fizdale, scoring 27 points in wins against the Houston Rockets and the Atlanta Hawks. Robinson fouled less and scored more. He also led the league in field goal percentage. And by “led the league,” I also mean “led every single person to play in the NBA ever.” So there’s that. Miller also made good use of Ntilikina and his untapped versatility, using him both a lead guard and combo guard. He also did something that was once considered the impossible—getting Ntilikina to drive into the paint more. He managed to form a nice pick-and-roll tandem with Robinson by season’s end.

Of course, Miller had some flaws, and understandably so—he was coaching for his basketball life. The same basketball life he scraped and clawed his way through. Admittedly, his rotations weren’t always the best, and he gave far more minutes to veterans than we would have liked to see, especially with the playoffs all but out of reach. But his job was to win as many basketball games as he could, and for a guy who needs every bit of an edge to prove himself, he did it the best way he thought he could. And while that may or may not have included playing Bobby Portis an incredibly frustrating amount of minutes every night, Miller still, for the most part, got the best out of his players.

A Case for Continuity

If there’s one thing the Knicks need more than anything, it’s consistency. Structure. A common vision. With the return of Scott Perry, Leon Rose seems to think so too. Perry was given an uncommon second life under Rose, and with Miller unable to finish out the season, it might be in the team’s best interest to see what he could do with a better roster and a full year under his belt.

And while his journey to becoming the Knicks’ head coach is unusual, it’s not all that unprecedented. Look at Toronto’s Nick Nurse, who was hired from the team’s G League to lead the Raptors to a championship in the first year. Make no bones about it—there won’t be a championship trophy in NYC next season, but having the infrastructure and continuity in place could lead them in the right direction.

Miller might not be a flashy name, a decorated coach, or a boisterous personality. But he’s proven to have the temperament to coach in New York, and he knows the game backward and forward. Considering he’s already made a solid impression on Rose, don’t totally write-off Miller as the head coach next season if things don’t work out with their first—and seemingly only—choice. After all, it’s happened before.