What Luca Vildoza Could Bring to the Knicks Next Season 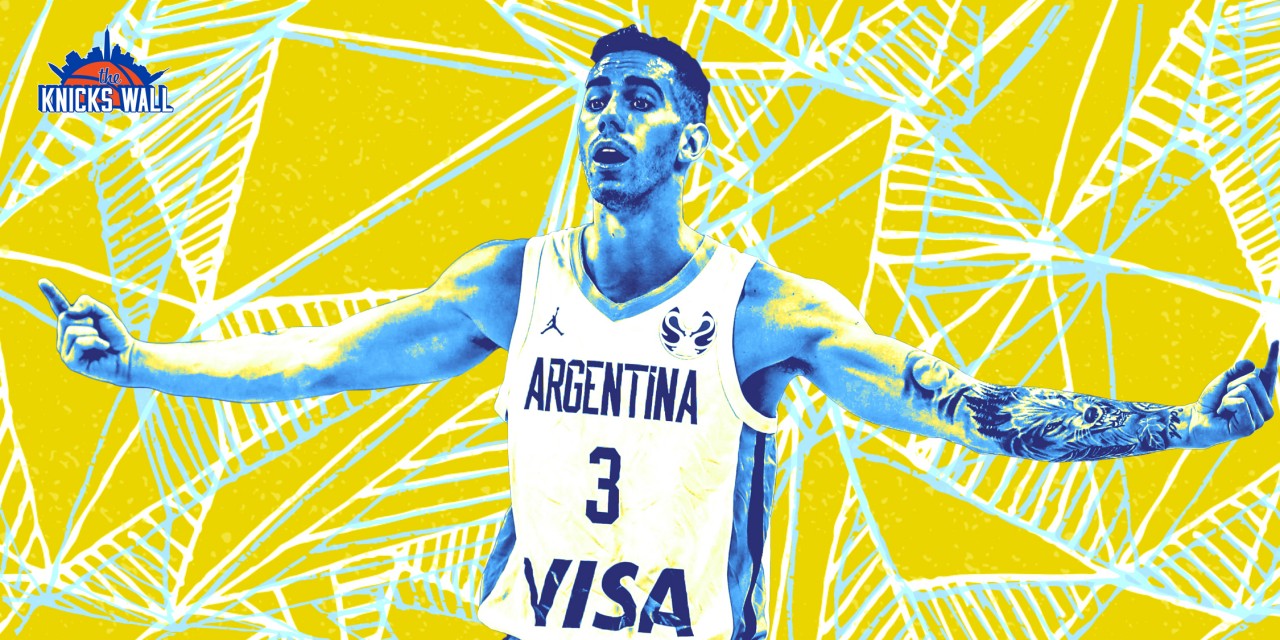 If the Knicks struggle with securing key players this offseason, Argentinian guard Luca Vildoza could still be a step forward for the team.

While there are many unknowns for the Knicks this offseason in terms of draft picks, trades, and free-agent signings, there is one new player the team will have for certain next season: Luca Vildoza.

Vildoza, a 25-year-old point guard from Argentina, was signed by the Knicks back on May 5th to a four-year, $13.6 million deal. The terms of the deal are incredibly team-friendly, as the only guaranteed year on the deal was this past season. He ultimately didn’t partake in the season after he signed, though, because of COVID-19 protocols and unfamiliarity with the program. The remaining three years on Vildoza’s contract are all non-guaranteed, and the Knicks can sever ties at any time should the relationship go sour.

Vildoza has since made it over to New York, flying over during the Knicks playoff series versus the Hawks on May 21st. He’s been pretty vocal with his Knicks experience thus far, documenting much of it on Twitter. He’s put up photos of himself in the Knicks locker room and keeping up with the team’s series against the Hawks.

Anyway, now that he is here, what can Vildoza bring to the Knicks? How does he move the needle on a team with playoff expectations?

Well, in his most recent season in Spain with TD Systems Baskonia, Vildoza averaged 10.9 points and 3.7 assists in 23.5 minutes across 27 games in Liga ACB. He played another 32 games in the Euroleague this past year. Across those, he averaged 10.3 points and 3.5 assists in 25.2 minutes per game.

At 6’3” and 190 pounds, Vildoza has good size for a point guard and is most successful on offense as a pick-and-roll player with the ball in his hands. The Knicks only ranked in the 41st percentile on pick-and-roll plays this last season and could be losing their top guard playmaker in Derrick Rose this summer.

In the below clip, Vildoza excels in the pick-and-roll, able to find teammates in the paint with savvy passes or get around the screen for an open jumper. Outside of that, he just has solid court vision and is able to sling cross-court passes to open teammates with ease. In Liga ACB last season, Vildoza’s assist percentage was a whopping 27.2% with an assist/turnover ratio of 1.6.

His shooting stroke is solid, as he shot 42% from the field and 36% from three-point range on 4.5 attempts per game in Liga ACB. The three-point shot has been rather consistent throughout Vildoza’s professional career, having shot 36% on it since he joined Baskonia in 2017. It has been worked in as a far more crucial part of his game, though, taking over 2.5 more threes per game than he did in his rookie season.

While you’re trying to dust off that first half here are 10 assists and 10 buckets from Luca Vildoza @TheKnicksWall pic.twitter.com/TJtOIBS2ki

Where Vildoza thrives most, though, is on the defensive end. As Tom Thibodeau is a defensive-minded coach, he could easily slot Vildoza into his rotation against guards with the ball in their hands.

In Liga ACB this past season, he averaged 1.6 steals and less than 1.5 fouls per game. He is suffering as an on-ball defender, sticking to his man like glue and using his understated frame to keep him in one place. He has the knack to keep his arms out and defend without drawing fouls, making life hard for the player with the ball in their hands.

With @wojespn's report that @nyknicks have signed #Argentinian PG Luca Vildoza here's a look at the energy he brings on defense + how he turns steals into transition offense for his team. Averaged 2.6 STLS + 6 ASTS per-40 mins in 59 GP in @EuroLeague + @ACBCOM. Great in P+R too pic.twitter.com/IW8z32lnlX

Aside from being an effective on-ball defender, Vildoza has great court awareness and understanding of floor space. Take the below clip against Bilbao, where he intercepts multiple passes for steals, turning into breakaway transition buckets. He’s able to anticipate the offense’s moves and beat them at knowing even what they want to do.

Vildoza comes from a line of recent Argentinians willing to give the NBA a shot, like the Nuggets’ Facundo Campazzo and Knicks fan favorite Pablo Prigioni (and most famously, of course, Manu Ginobili). Campazzo, who was on Baskonia’s 2020 title-winning team with Vildoza, just capped off an excellent rookie season that saw him take over as the starting point guard and make it to the Western Conference semi-finals.

Though Prigioni only played for four seasons, he is currently serving as an assistant coach for the Timberwolves. Having actually coached Vildoza for a month at Baskonia back in 2017, Prigioni spoke highly of the new Knicks guard and his chances to succeed.

“[Vildoza is] really, really good,’’ Prigioni told the New York Post. “I really like him. Very talented, got a great shot and knows how to pass. I’m really excited to see Luca next season with the Knicks. Tom’s going to like him.’’

Well, hopefully, the fans like him, too, as Vildoza has the potential to be an easy fill-in at the point guard position for the Knicks. If this past season and playoff run showed anything, it’s that the team is in dire need of playmakers aside from Julius Randle. With Derrick Rose, Reggie Bullock, and Alec Burks entering free agency, the backcourt could thin out quickly.

Sure, the Knicks have all free agency and draft season long to try to remedy this issue, and the faint possibility of getting Chris Paul or Kyle Lowry certainly looms. No matter what happens in that regard, at the start of the 2021 season, Vildoza will be there. Let’s hope he makes just as big—but hopefully, bigger—of an impact as Pablo Prigioni did on the last Knicks playoff team.