What Should the Knicks Do With Julius Randle This Offseason? 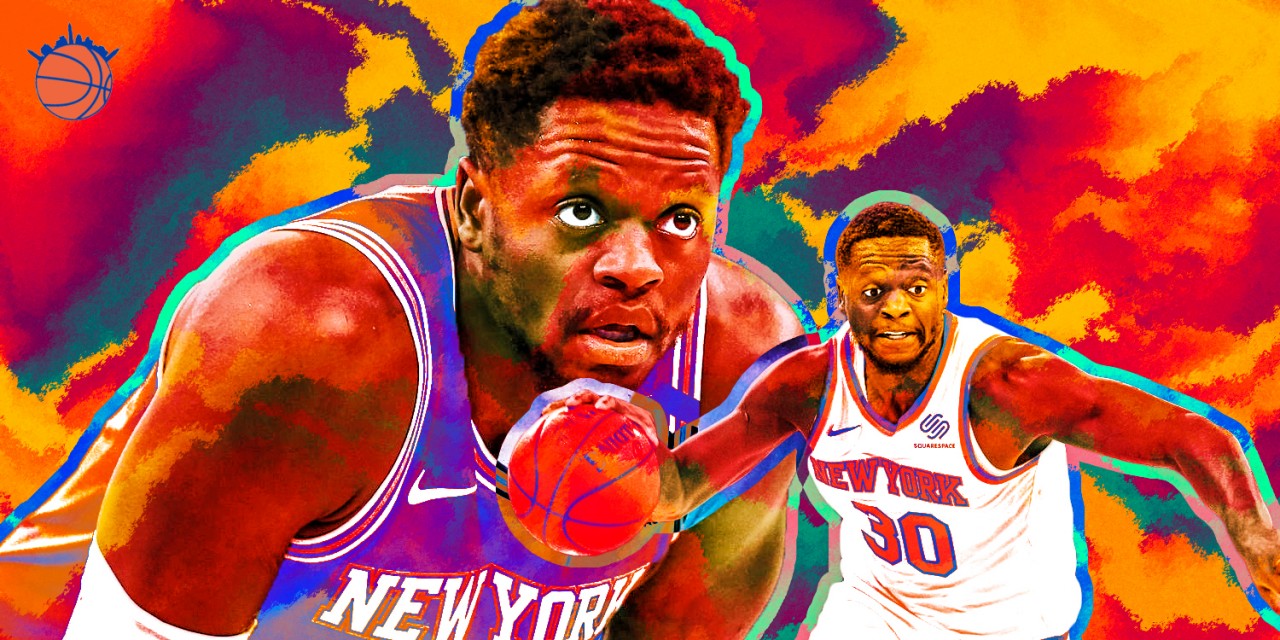 Between the continued evolution of the power forward position and options available in free agency, Julius Randle may not be tenable for the Knicks in 2020–21.

Finishing 21-45 and on the outside looking in on the NBA bubble, the New York Knicks completely renovated their front office and coaching staff, recently adding Johnnie Bryant from the Utah Jazz to assume the role of associate head coach under Tom Thibodeau. It’s been a busy transition period for the Knicks, but one needed for the better half of a decade.

The hope is that New York’s player search is as extensive when it comes to fixing the roster, and based on New York’s previous offseason, there are a handful of decisions to make. Five players—Reggie Bullock, Wayne Ellington, Elfrid Payton, Taj Gibson, and Bobby Portis (team option)—have partially guaranteed contracts, and the Knicks have three draft picks in the top 40. There’s going to be some reshuffling this offseason, to say the least.

One potential domino that needs to be discussed is Julius Randle and his future for the New York Knicks. While Randle has his deal locked in for the 2020–21 season, his disappointing first season in New York brings into question whether the Knicks should keep him or not. At the very least, the Knicks have considered moving on from him, despite his former ties to CAA and new President Leon Rose.

Should the Knicks move on from Randle, or should Rose look toward fixing other spots on the roster?

After New York failed to secure Kevin Durant and Kyrie Irving, the Knicks went with quantity over quality, signing seven players, including Julius Randle to a three-year deal worth $63 million. The deal gave New York a player coming off a solid season, averaging 21.4 points, 8.7 rebounds, 3.18.7 rebounds, 3.1 assists, and a 60.0 TS% with the New Orleans Pelicans—and someone on the right side of 25 for their youth project.

The deal became an issue quickly. Randle’s three-point shooting—34.4% in 2018–19–fell off a cliff to 27.7%. He remained a poor defensive player, and despite solid raw numbers (20.2 points, 9.7 rebounds, and 3.1 assists), Randle became a headache for Knicks fans as his constant desire to face-up and propensity to stagnate the offense created frustration among the fanbase and even among some of his teammates.

Is this fixable? Maybe.

One of the more confusing things the Knicks did last season was leaving Randle at power forward for the majority of his minutes. Last season, Randle played 5.0% of his minutes at center. That number is a steep decline from the 26% he played in New Orleans and the 49% of the time he played in his last season with the Los Angeles Lakers. Due to Randle’s defense, this lineup can’t survive for long on the floor, but it opens some of Randle’s minutes to dominating opposing teams’ second units.

Also, the spacing issues used for R.J. Barrett can be used for Julius Randle. Despite the decline as a shooter, Randle, at the very least, is increasing his shooting attempts, moving up to 23% of his attempts from three-point range. Adding quality shooting around the likes of Barrett and Randle opens up the floor, and thus, opens up more shots at the rim. A good point guard could do the roster a bit of good, too—but not Elfrid Payton, who seemed to prefer passing to Randle last season.

If the Knicks decide to move on Randle, however, it would offer a chance for New York to flex the power forward position like most teams do today.

The other group of players who play power forward are either good defenders or guys who can initiate offense at a high level of space on the floor; sometimes, they can do two of the three. The likes of Al Horford, Paul Millsap, and Pascal Siakam come to mind as guys who fit this criterion.

With the Chicago Bulls and Minnesota Timberwolves, Tom Thibodeau played two big men often, which could save Randle. But if New York wants a better fit alongside Mitchell Robinson, it’s tough to see them continue with the Randle-Robinson pairing, due to a lack of spacing. If so, there are several other options for New York to explore.

Swapping Randle for some of the free agent targets and trading him makes sense. The Knicks are attached to Davis Bertans as a potential free-agent target and he’s a solid defender on the floor, while doubling as an elite three-point shooter (42.4% on 8.9 attempts per game in 2019–20). Small sample non-withstanding, Christian Wood could do a bit of everything on the floor, while providing a bit more spacing on offense.

The player who fills all the criteria is Oklahoma City’s Jerami Grant. Grant can shoot the ball (38.9% from three-point range on 3.5 attempts in 2019–20), defend multiple positions on the floor, and can fill a backup center role defensively. Those traits, while not as valuable as Randle’s scoring ability on the scoresheet, better fit New York—and more importantly fit Tom Thibodeau’s system, as they move to a more defensive-minded scheme.

The New York Knicks will have some decisions to make with the roster, and Julius Randle is one of them. A disastrous first season with New York only emphasized the roster’s weakness. The lack of a true lead guard, spacing, and roster maximization by the two head coaches all played a role in Randle’s poor season.

However, the Knicks are entering a new era under Leon Rose. The free agent market has several options who, while they don’t match Randle as a pure scoring option, offer better shooting, better defense, and potentially better two-way play if they receive the center minutes Randle failed to receive in his first season.

The Knicks have other dominoes to push, including another top-10 draft pick, but the decision of what to do with Julius Randle will will highlight what kind of roster this front office is trying to build.

»READ: David Bertans may be the antidote to the Knicks’ Bobby Portis conundrum