What Should the Knicks Do With Kevin Knox Going Forward? 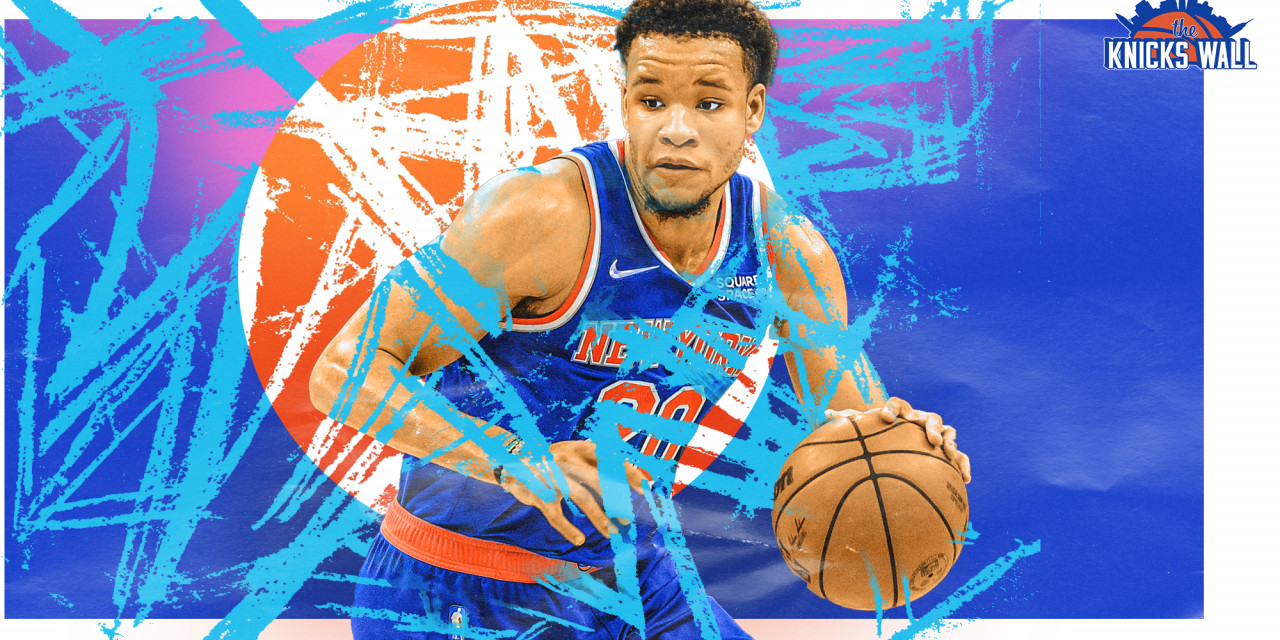 Former lottery pick Kevin Knox has been disappointing in three-plus seasons as a Knick. Are his days in New York numbered?

Kevin Knox, the 22-year-old forward, has undoubtedly failed to live up to expectations since being selected ninth overall by the Knicks back in 2018. Knox is averaging only 8.3 points per game in his career on a poor 37% from the field, per Basketball-Reference, which pales in comparison to other draft counterparts like Mikal and Miles Bridges and Shai Gilgeous-Alexander, who were both picked soon after Knox.

End of an Era?

This season was viewed as a make-or-break one for Knox, who was given a little bit of a longer leash to try and figure it out here in the Big Apple. Thus far this season in 37 games played by the Knicks, Knox has not seen the floor in 27 of those games, collecting 22 DNP’s and missing five due to health and safety protocols, per Basketball-Reference. Knox has also only reached double-figures once this season, a game where he scored 18 points back on December 12th against the Bucks. That’s not exactly the strong season Knox needed to give Leon Rose and company reason to bring him back next year.

At this juncture, it looks like the ship has sailed for the 6’7″ forward on any potential success in the orange and blue. The ascension of Quentin Grimes (who looks infinitely more comfortable as a rookie than Knox does in year four), the success of Alec Burks, and the development of Obi Toppin leave Kevin on the outside looking in when it comes to minutes at the wing position.

With Knox being a restricted free agent at the end of this season, do not expect New York to re-sign him, as both parties would probably prefer a fresh start somewhere else. Knox’s name has surfaced in many trade rumors, as well, making it possible that their union doesn’t make it until the end of the 2021–22 season. Don’t anticipate Knox being the centerpiece of any trade, but rather a young asset or expiring contract that some team can experiment with for the remainder of the season and potentially beyond.

With Knox still underachieving nearly three and a half seasons into his tenure in the league, he will be a reclamation project for whoever takes him on, whether the Knicks do decide to move on from him midseason or after the conclusion of it. The fact that Knox has seemingly been around so long and is still only 22 years old probably gives him an opportunity to bounce back somewhere else in the NBA. However, youth does not last forever and he will have to begin producing in order to have any staying power in the league.

Per Shams Charania of The Athletic, teams have inquired about Knox, believing that a change of scenery could work wonders and allow him to unlock his full potential as a player. It is hard to believe that Knox could be anything more than a rotational guy off the bench, but clearly, there is value in that, especially for a team with championship aspirations.

New York has whiffed on their fair share of top-10 picks over the turn of the century, going way back to Jordan Hill and recently with Frank Ntilikina and Knox. Coming out of Kentucky, a few knocks on his game were that he runs hot and cold, isn’t always fully engaged with the game, lacks a killer instinct, and is content with fading into the background instead of being aggressive and showcasing his talents, per NBA Draft.net.  (Way back in 2018, we called Knox “passive” with the ability to drift in and out of games.) Sure enough, all of the aforementioned criticisms of Knox have reared their ugly head in his time in the NBA.

It has never been about lack of talent or physical tools with Knox, who has a built, NBA-ready frame, sweet shooting stroke, and above-average athleticism. What has prevented Knox from unlocking his potential and blossoming into a good player has mostly been about what’s going on upstairs, which has subsequently affected his on-court production. Frequently, Knox plays timid and hesitant with the ball in his hands and is often indecisive and disengaged defensively, which is a lot of the reason why he hasn’t got the opportunities to play nearly as much as he would like. In a league full of playmakers and intimidators, it is of the utmost importance to have confidence and trust your abilities.

As frustrating as it is as a fan to watch Knox and to not see him fulfill his immense talent, he is by all accounts a likable guy who has kept his head down and worked hard and really has not found himself in any sort of controversy in the biggest sports media market in the country. It’s safe to wish Knox success wherever he ends up, but unfortunately, this was just simply a miss for the Knicks and it is time to move on.