What Should the Knicks Do With Their Late Draft Picks? 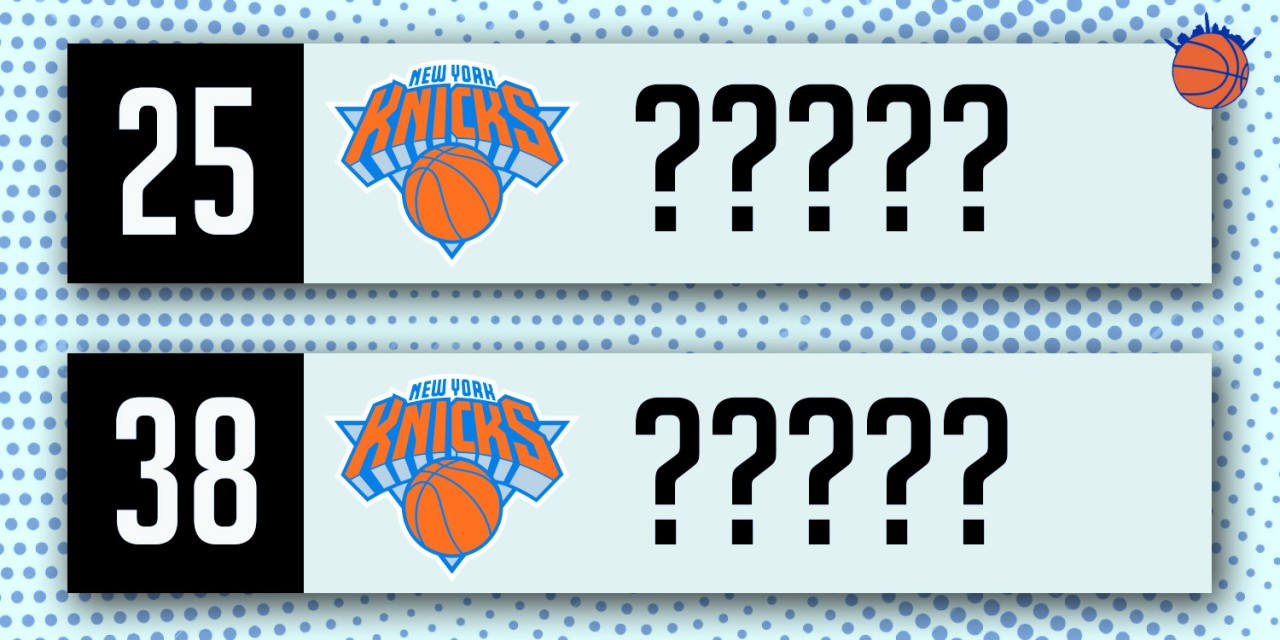 Beyond betting on a young prospect with a top-10 pick, the Knicks should seek an established college star with one of their later draft picks.

The New York Knicks will enter the 2020 NBA Draft in a position that they haven’t been in for a long time. They’ll have two first-round picks, their own pick, and the Clippers’ pick, the latter of which was acquired in the Marcus Morris trade in February at the NBA trade deadline.

This is the first time the Knicks have gone into the NBA Draft with a pair of first-round picks since 2006, when they selected Renaldo Balkman at no. 20 and then Mardy Collins at no. 29. In 2015, the Knicks ended up with Kristaps Porzingis and Jerian Grant at nos. 4 and 19 but traded for Grant mid-draft, and didn’t have the pick going into the occasion. In addition, the Knicks don’t own their own second-round pick this year, but will still have an early second-round pick to go along with the pair of first-rounders. That pick was acquired from the Charlotte Hornets in the Willy Hernangómez deal.

Due to the abundance of draft capital, it’s clear that this is an extremely important draft for the Knicks. Currently, if the season ended today, the Knicks would have the sixth-highest odds to land the first overall pick in the draft at 9.0%. However, that pick can land anywhere between nos. 1 and 4 or nos. 6 and 10, depending on how the ping pong balls fall. Wherever that pick lands, the Knicks will be making that selection with the idea of that player becoming a franchise cornerstone.

However, the question is what to do with the pick in the 20’s and the pick in the 30’s. If the season ended today, the Knicks would be selecting at picks 27 and 38, based on the Clippers and Hornets’ respective regular-season record. While the NBA draft is extremely unpredictable, especially outside the lottery, having picks in the 20-40 range are extremely valuable to teams that use them properly.

Given the variability of success in draft picks outside the lottery, drafting high-floor players who have multiple years of college experience and produced at an elite level is a route many NBA executives take. A good example of this is the Boston Celtics in 2019, who selected Grant Williams at 22 and Carsen Edwards at 33.

Both players played three years in college and were considered among the best in college basketball. Williams is already a contributing role player for a 43-21 Boston Celtics team, playing 15.6 minutes per game. Edwards has only appeared in 35 of the 62 games, but it would shock me to see Edwards out of the rotation for the next few seasons. The Celtics simply drafted two good basketball players who could crack the rotation immediately and make a positive contribution.

Yes, occasionally you get a project drafted at pick 27 that turns into a star such as Pascal Siakam, but the odds of that are slim. Furthermore, drafting a project late in the draft is a lot more productive if you have a proven track record of developing talent, which the Knicks don’t. Also, a contending team like Toronto could afford missing on a project pick between 20 and 40 because they’re winning games. The Knicks can’t. The Knicks can try and hit a home run with their top-10 pick, but need to draft experienced, productive, high-floor college players with their two late picks.

So, in no particular order, who should the Knicks target with those late picks?

As a four-year college player with a limited athletic profile, Desmond Bane is being largely overlooked by most going into this draft. However, Bane is a guy that could step in and get minutes right away on pretty much any team in the NBA. This past season, he averaged 16.6 points per game while shooting 44.2% from beyond the arc on 6.5 three-point attempts a contest. In the previous two seasons, Bane also shot at least 42% from three-point range.

If you watch Bane, his release is extremely unconventional, but it shouldn’t be something that hurts him going forward, as he’s one of the best shooters in the draft. The Knicks are in dire need of three-point shooting, which is why Bane would be a tremendous help immediately. Additionally, Bane possesses good size strength for his position which makes him a very solid defensive player and rebounder. Another aspect of Bane’s game is his high I.Q. and passing ability. Bane averaged 3.9 assists per game last season, which was sixth in the Big Ten.

Devon Dotson is another player who, like Bane, seems to be undervalued by the general consensus, whereas “Draft Twitter” is high on him. Averaging 18.1 points per game this past season, Dotson is a natural scorer and has the quickness to get to the rim. Not only does Dotson get to the rim, but his finishing ability is great for someone who’s only 6’2″, as he shot 55% at the rim this past season.

Additionally, Dotson’s passing is well above average with 4.0 assists per game this past season, ranking fifth in the Big 12. On the defensive end, Dotson’s a pest and led the conference in steals per game with 2.1, while having a steal percentage of 3.5%.

The knock against Dotson is that, in addition to being a bit undersized, his shooting is below average. He only shot 30.9% from beyond the arc this past season. For someone who’s undersized in the NBA, that’s going to have to improve for him to reach his potential as an NBA player. However, I see Dotson as a player who has the chance to be a 15+ point-per-game scorer in the NBA.

Tre Jones can be a good backup point guard in the league for a while. Jones averaged 16.2 points per game this past season while shooting 36.1% from beyond the arc on 3.7 attempts per game. However, while Jones did get his share of points, he struggled with finishing at the rim, where he only shot 43%. While Jones’ shooting is average and finishing at the rim isn’t great, he thrives passing and on the defensive end.

Tre Jones is the ultimate high-floor guy and is going to make a team really high between pick 20-30. Nice steal and great pass in transition leading to the foul. pic.twitter.com/Q8wEBE4EqI

Jones ranked second in the ACC in assists per game with 6.4 and ranked sixth in the ACC in steals per game with 1.8. Also, his defense was good enough to earn him ACC Defensive Player of the Year in addition to ACC Player of the Year. Like his brother Tyus, there’s no reason why this can’t translate directly to the NBA game. That’s why I see Tre Jones as one of the high-floor players in this draft that comes with minimal risk.

Grant Riller may not have as high a floor as Tre Jones or Desmond Bane, but he may have the highest ceiling out of any of the players mentioned here. There’s a legitimate chance that Riller can turn into a starting guard in the NBA, and a good one.

Although Riller has less name recognition because he played for the College of Charleston and not blue chips like Duke or Kansas, this is a guy who dominated the Colonial the last two seasons. Both this season and last, Riller averaged 21.9 points per game. This past season, he shot 49.9% from the field and 36.2% from beyond the arc, while also dishing out 3.9 assists per game, good for fourth in the Colonial.

At 6’3″, Riller’s size is average for the NBA, but what intrigues me is his ability to create. Riller has the speed, athleticism, and handle to create his own shot off the dribble. He’s also a very good catch-and-shoot player, and did play some time off-ball at the 2 guard spot, as well as point guard. The Knicks haven’t had a point guard who can create his own shot well in a long time, and there’s a chance they can find that in Riller.