What Should the Knicks Do About Kemba Walker? 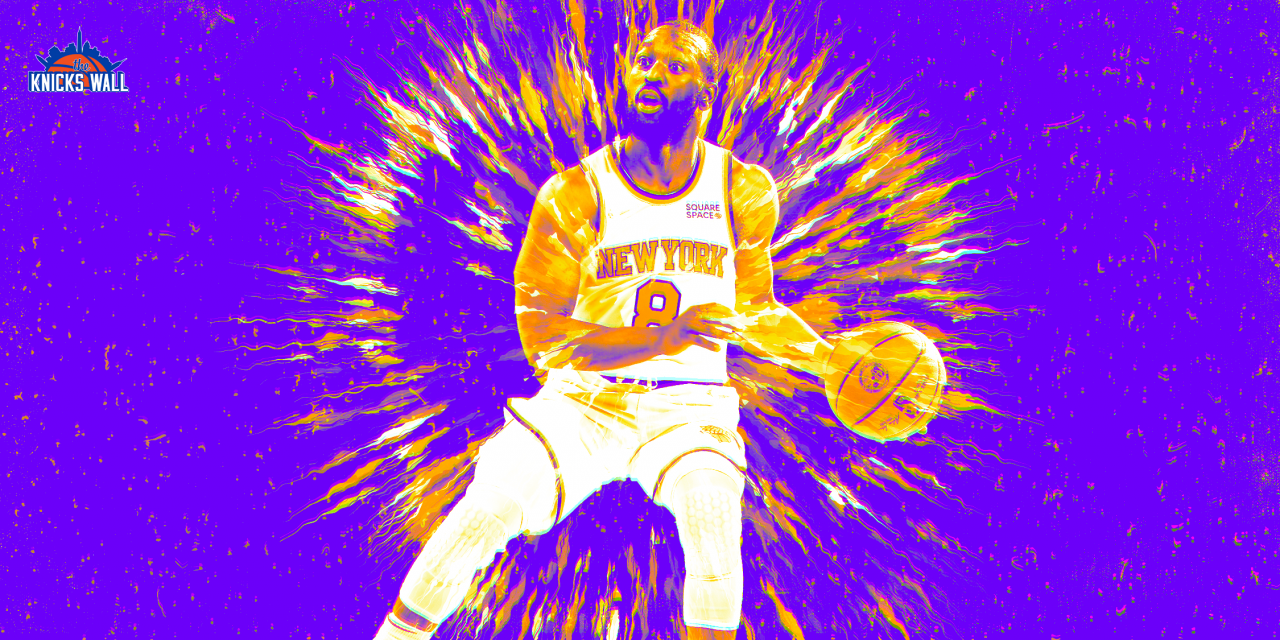 Currently filling up a roster spot on the Knicks for the upcoming season, Kemba Walker will have to be moved off the team one way or another.

The excitement behind Kemba Walker playing for his hometown New York Knicks was just about as sheer as his downfall from the rotation. Aside from a 44-point outburst and a Christmas Day triple-double in back-to-back games, Walker’s time with the Knicks has been lamentable as the former All-Star was a scratch in the team’s final 23 games.

Health aside, Walker’s fallout from the rotation was largely tied to his struggles fitting in with the team’s identity. The guard known for his dynamic scoring was asked to do less of that, resulting in the lowest output of the 11-year veteran’s career at just 11.6 points per game. Once he was declared out of the rotation, Walker was immediately a no-show at games and team practices. The front office was comfortable with the idea of him being on their books but taking time away from the team, as he obviously wasn’t a fit for what they wanted in a starting point guard.

Even with that being the case, Walker is still owed $9 million by the Knicks this upcoming season. Clearly out of the team’s future plans, the Knicks would be best off moving on from Walker by buying him out or including him in a salary dump-type trade before the season begins.

So what would be the specific implications of a move offsetting Walker?

Buying Walker out would be the easiest move with no strings attached. His $9 million owed next season is only the seventh-highest salary on the Knicks’ payroll, and wouldn’t be a tough pill for the team to swallow financially. Besides, it’s the exact situation that freed Walker up for the Knicks to sign in the first place. The season prior, he was bought out by the Oklahoma City Thunder following his trade from the Boston Celtics for a much heftier price of over $50 million. He even left over $20 million on the table with the Thunder knowing he would get a similar amount from the Knicks. It’s a stretch, but a similar situation where the Knicks could get some money back from Walker upon an agreement with a new team would be even better.

The second option—albeit a far more intricate one to pull off—would be a trade with a lower-tier team willing to take on some salary to go along with a coveted future draft pick, likely a first-round selection. Given Walker’s age (32) and injury history at this point in his career, it’s tough to imagine another team taking a flier on him as the Knicks did. So the idea of any team making a trade with the Knicks that would yield a player worth getting excited about is basically nonexistent.

Rather, in the realm of a trade for Walker, the package would likely be something along the lines of what the Philadelphia 76ers and Thunder exchanged around Al Horford in 2020. This trade saw Horford, a first-round pick and a second-round pick go to the Thunder in exchange for Danny Green. Not that the Knicks would be so lucky to gain a veteran like Green to add to their rotation, but the package they would need to move Walker out of New York would be similar to the one Philadelphia had to parcel together.

The Knicks are in an enviable position when it comes to draft stock, in possession of their own first-round picks through 2028 and a first-round pick (11-30) from the Dallas Mavericks that can be used any year from 2023–25. They also have a treasure trove of second-round picks, with a potential total of 19 selections through 2028. So if the Knicks were able to find a suitor for Walker, they certainly have the draft capital to make it work without hurting their ability to participate in the NBA Draft in seasons to come.

KEMBA UPTOWN TO OBI WITH THE REVERSE OOP pic.twitter.com/Y4QFX3zOkz

A potential suitor could be a team like the Sacramento Kings, who only possess their own first-round pick for the next seven drafts. In a similar package to the Philadelphia one, the Knicks could send Walker along with a first- and second-round draft pick in exchange for someone like Maurice Harkless (OAKAAK) or Justin Holiday, both of whom are owed no more than $6 million next season.

The same could apply to the Washington Wizards who hold six first-round picks (potentially seven, barring their pick number through 2026) over the next seven drafts. Throwing together the same Knicks package to them could yield players like Raul Neto or Ish Smith in return. Neither are exciting, but they’re owed no more than $5 million each next season.

Even if a trade were to happen, good things can still come from it. In the Horford salary dump, Green went on to be a valuable player on the Sixers, and Horford was bought out and went back to the Celtics where he is now thriving as a starter in the NBA Finals at the age of 36. All the while, the king of draft capital Sam Presti was able to draft Theo Maledon (averaging 8.8 points through two NBA seasons) and stash a 2025 first-round pick for the Thunder.

That’s to say that if a trade were to happen with Walker, it doesn’t need to have a negative connotation just because it was a salary dump. In the same vein, a buyout shouldn’t be viewed as a defeat, since it will free up a roster spot where that salary can be better used at this juncture. It’s all about looking down the road to improve this Knicks team, and parting with Walker at this point is the best move for the future of the franchise.

KEMBA GETS HIS TRIPLE DOUBLE! pic.twitter.com/4W3t2NsdNp

In the end, it’ll just be nice to remember that Kemba Walker in orange and blue finally happened. The hometown fits came and went, and were glorious all the while. As for the results…hey, we’ll always have that 44-point eruption and triple-double in consecutive games, right?

»READ: 3 players not named Donovan Mitchell the Knicks could target from playoff teams