What Should the Knicks Do With Luke Kornet? 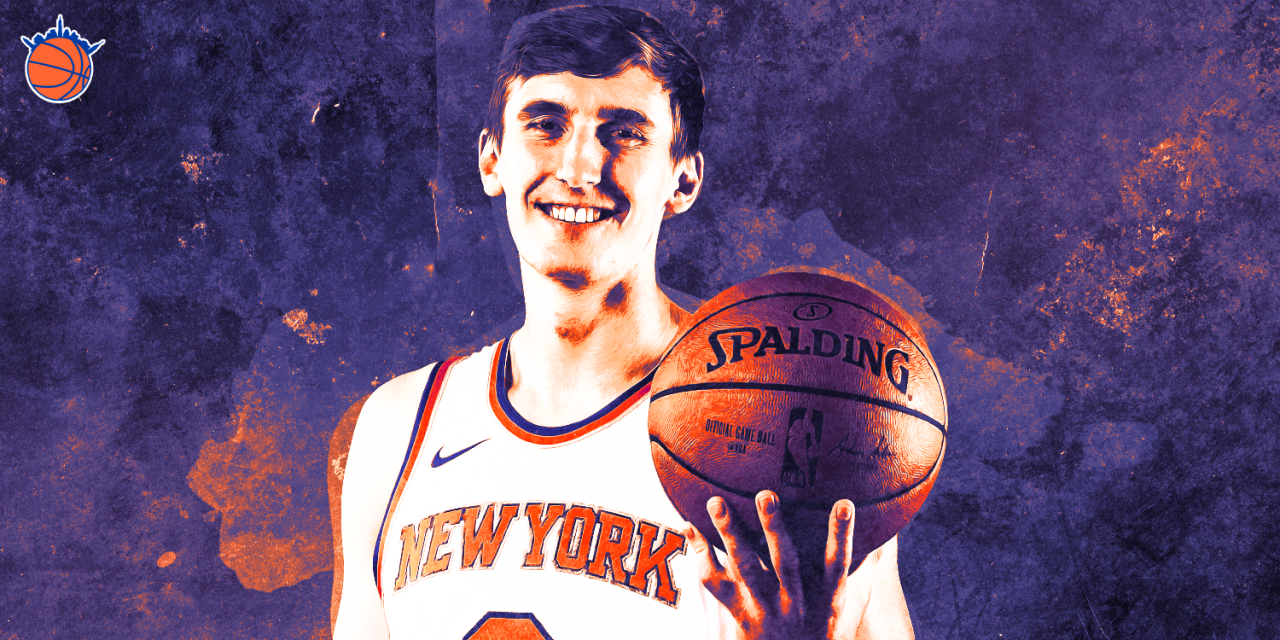 With Kristaps Porzingis and rookie Mitchell Robinson sidelined, Luke Kornet has seen an uptick in both minutes and productivity this season. But with so many pieces in development, where does the young center fit on the current Knicks roster?

In this year of losses, of promise and redemption, of “throw it at the wall and see what sticks,” Luke Kornet has seemed at times like the one neophyte who’s remained an unexplored variable for David Fizdale.

Even with the franchise big man Kristaps Porzingis on the shelf for the year, the frontcourt logjam has proven a tough nut for the sweet-shooting center out of Vanderbilt to crack. It’s understandable—there are a lot of guys who need hands-on instruction and development from the coaching staff, and only so many minutes in a game. But it’s also too bad, because Kornet has something to offer this team.

I’m not going to sit here and pretend the lanky seven-footer is without flaws, or that he’s a prospect worth a similar level of investment as even the more reclamation-level players on the roster (at 23 years old, Kornet is somehow a month older than Noah Vonleh). He’s too slow-footed to survive when switched out to the perimeter and so scrawny he looks like an anemic teenager with a sunken chest trying to guard big men one on one in the post.

But like a stretched-out, less gritty version of Ron Baker before him, Kornet has shown the instinct of an NBA player. Maybe not a 20-minutes-a-night NBA player, but someone who can come in for a handful of minutes at a time and, especially with this year’s roster construction, offer a new look to the Knicks’ offense.

Many teams these days employ a stretch 5 for quick stints to change the pace and alter the geography of the floor. Think about how Milwaukee uses Thon Maker, or the 76ers use Mike Muscala. Or what Portland was hoping Meyers Leonard would be when they went insane and gave him $41 million in 2016. Hell, former Knicks fan-favorite Channing Frye was one of the pioneers of this archetype. Not to get way out ahead of ourselves in the team-building process, but a seven-footer who can hit threes and offer even basic rim protection is a valuable tool to have in the belt when winning (regular season games) is the goal.

It would be an understatement to say Kornet started out slow this year, after an impressive showing on a two-way contract for the team last season. He scored zero points in his first seven games combined, playing a total of 20 minutes in the team’s first 29 games and never once looking comfortable on the floor. But an ankle injury to Mitchell Robinson in mid-December opened the door for Kornet—and while he hasn’t exactly kicked it down and burst through, he has tentatively opened it wider and taken a seat at the kitchen table.

Since Robinson’s injury, Kornet has scored seven points on 41 percent shooting from deep, hitting at least one three in each of the last six games, and offering a rare pick-and-pop partner for the guards that the defense must respect from distance. He’s got the 14th-highest three-point percentage among centers in the league on the 15th-most attempts, despite playing 15 fewer minutes than 13 of the 14 guys ahead of him. The only other player on the team who can remotely fill that role is Noah Vonleh who, for all his improvements, still doesn’t quite strike fear into the hearts of opposing men when he lines up a three.

Kornet’s positional defense over the last season and a half has been unexpectedly competent. He hasn’t had the same success at rim protection this year as he did in Jeff Hornacek’s system, when he averaged nearly a block per game—but hopefully, with a few more reps, he can get back to using that big body to disrupt shots at the rim.

Why is all of this important?

Luke Kornet must've got this move from KP pic.twitter.com/RK53IxjsHD

For one, the Knicks happen to employ another skinny seven-plus footer with an affinity for pick-and-pops and a knack for making big-time blocks. Kristaps Porzingis isn’t on the floor right now, but Fizdale can start figuring out how to leverage his unique gifts by utilizing his bargain-barrel positional doppelgänger as a guinea pig.

But that’s not all. Already a majority of Kornet’s minutes this season come alongside—and benefit—the starting lineup. For example, Noah Vonleh utilizes his ball-handling, passing, and strength as the lone big on the block, while Emmanuel Mudiay can become a better facilitator and continue to improve his finishing at the rim playing off a stretch big. This could be incredibly beneficial as they figure out how financially willing the front office will be to retain them this summer.

And that’s to say nothing about how playing five-out, with Lance Thomas, Kevin Knox, or Vonleh at the 4, could help Frank Ntilikina find seams to the hoop—should he ever find playing time and confidence again.

There’s one more reason we should see more Kornet minutes as the season goes on, even when Mitchell Robinson returns from injury. With any luck, Enes Kanter won’t be on this team next year, and Mitchell Robinson figures to be the primary backup center. Robinson has sky-high potential and has been figuring out the NBA game faster than many people realize, but he’s still a wild card who often plays himself out of games with his propensity for flailing, judo-chop fouls. Having a steadying presence who can step up when needed behind him will be important.

If Kornet can keep getting stronger and stay a threat protecting the rim, he’s not a bad candidate to have on the cheap.