What to Expect in Reggie Bullock’s Looming Knicks Debut 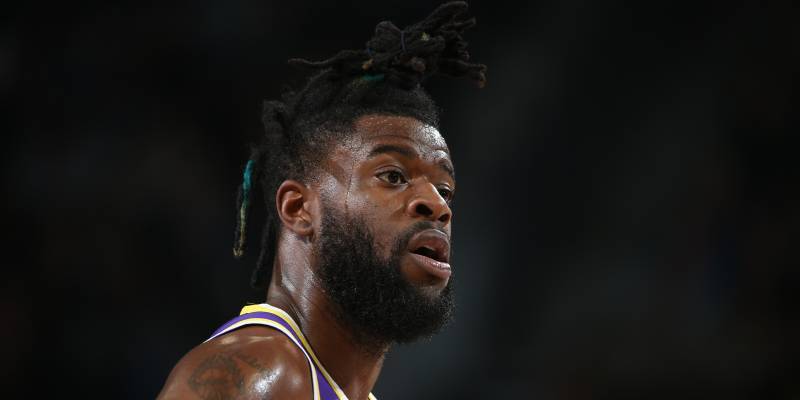 Reggie Bullock was cleared for Knicks practice this week after missing more than a month of the season, but it’s not exactly clear how he’ll fit.

I remember my reaction when I found out the Knicks had signed Reggie Bullock to a two-year, $8.2 million contract: a curt, begrudgingly assenting nod.

After the infamous free agency whiff of 2019, Bullock’s signing made it clear that, though no stars were joining the Knicks, the front office was committed to bringing in quality role players. No one was shouting about the signing from the rooftops, but it indicated a step in the right direction compared to last year’s abhorrent season.

The 2019–20 season, however, has turned out to be a bit of a roller coaster. Three out of their seven total wins have come in the last four games, and things have just barely started to seem like they might make a little bit of sense.

Right before the Knicks’ magisterial win over the Hawks on Tuesday night, Reggie Bullock was cleared to practice. Bullock’s return on the horizon could improve the Knicks, but it also might make things a little complicated.

What can Reggie Bullock bring to the table?

You might have seen the guy with the coolest hair dressed in street clothes on the Knicks bench. That is Bullock. His hair is awesome. He looked different on the four other teams he played for, but his game was relatively consistent. Bullock is a career 39% shooter on three-pointers, per Basketball-Reference, and the biggest value he brings to the Knicks is shooting. The best year of his career was two seasons ago, when he shot 44.5% from three, good for the second-best percentage in the league.

Like Elfrid Payton, despite going to a lesser team, Bullocks minutes will likely decline; he averaged 29.8 minutes per game last year. On defense, he likely won’t move the needle for the Knicks. By no means a defensive liability, Bullock has never really solidified himself as a plus defender. At 6’6″, 200 pounds with a 6’10″ wingspan and decent athleticism, he has the tools to at least keep the Knicks stable on defense.

Bullock fills a dire need for the Knicks: he stretches the floor with shooting in a way the team has needed all season. Now that the offense is featuring more spread pick-and-roll with Elfrid Payton back in, Bullock will contribute positively by forcing help defense to stay out of the lane to contest his shot. His release is not the quickest, but he tricks defenders into thinking they can block his shot.

He doesn’t zip around the floor like J.J. Redick, but he knows how to pick his spots. He thrives at lulling opponents to sleep while they think he has stopped moving, only for him to use an unsuspecting teammate as a pseudo weak-side flare screen:

The Knicks and Blazers have jockeyed for ranking last in assists all season, per NBA Stats, and part of that is because they have no movement off the ball when in isolation or screen and roll actions. Bullock should help with that. He knows how to flash to the ball-handler’s vision. In the following clip, as soon as LeBron James enters the post, Bullock is on the move in order to open a passing lane between him and James:

Despite many, many cries for this to change, Julius Randle often finds himself isolated in situations similar to that in which LeBron found himself above. Randle is a skilled passer and would benefit from more players able to flash to his vision. Here, Randle tries to attack the paint and Frank Ntilikina makes no attempt to move from the corner:

Bullock should be able to draw positives out of his teammates by leveraging these skills. He doesn’t need to be featured heavily in the offense to make a difference, which meshes well with the supple shot appetites of players like Randle and Marcus Morris.

Where does Reggie Bullock fit into the lineup?

Addressing Bullock’s fit in the rotation raises an important question: what is the goal of the season?

The front office will clarify this by moving assets to make the future of the organization less murky. It’s important that the young guys, mainly R.J. Barrett and Mitchell Robinson, get experience playing in competitive games with quality NBA players. In this regard, inserting Bullock into the rotation makes sense. Additionally, almost every lineup the Knicks throw out there could use improved spacing.

From a more practical standpoint, this raises another question: who is going to lose minutes at Bullock’s expense? The logical choice is Wayne Ellington, as his role has been scrappy defender and floor spacer, which overlaps with Bullock’s value-add. His shooting fell off a cliff around Thanksgiving, and Ellington hasn’t been featured in the lineup since before Fizdale was fired—he’s been battling an Achilles injury.

Bullock slides in at either the 2 or the 3. Players with positional overlap in the rotation include Barrett, Morris, Kevin Knox, and Damyean Dotson.

Barrett losing minutes is a nonstarter. He has started every game he has appeared in and seems like he will, and should, get every opportunity this season. Morris is the team’s most appealing trade asset, and reducing his minutes would reduce his trade value. Will playing Barrett and Robinson with veterans develop them enough to offset any strides Knox and Dotson might make with more minutes? This is difficult to project, and it is ultimately up to Mike Miller to make this decision.

Knox continues to be defined by his inconsistency, but he is still only 20 years old and has shown flashes, like against the Hawks on Tuesday night. Dotson’s energy can be infectious, but his ceiling on a competitive team seems to be fringe role player. Neither Knox nor Dotson contribute that negatively with regards to spacing, but neither commands the same respect that Bullock does from deep.

A potential workaround? Insert Bullock into the lineup at the 3 and slide Knox to the 4. Expect lineups like these to get blitzed on defense, but they could provide more central offensive pieces with spacing that has been lacking this season. This would also result in a big man losing minutes. Portis and Gibson would likely be scapegoated; it’s unlikely the front office would be happy with reducing their already low trade value.

The final consideration regarding Bullock’s minutes is whether he can be used as a future trade asset. He will need to get minutes to clarify this, as other teams will be concerned about his recent injury. Last year, he was traded at the deadline from the Pistons to the Lakers for Sviatoslav Mykhailiuk and a 2021 second-round pick. His floor spacing will likely be valuable to contenders, and his team-friendly contract could be attached to a bigger piece like Morris. This amounts to a recurring issue: his trade return likely comes at the cost of reduced minutes for the Knicks’ current young guys.

Mike Miller has largely impressed since he was promoted to interim head coach. The return of Reggie Bullock poses important questions towards the direction of the Knicks future. It will be fascinating to see how he handles them.