What Went Wrong for Dennis Smith Jr. on the Knicks? 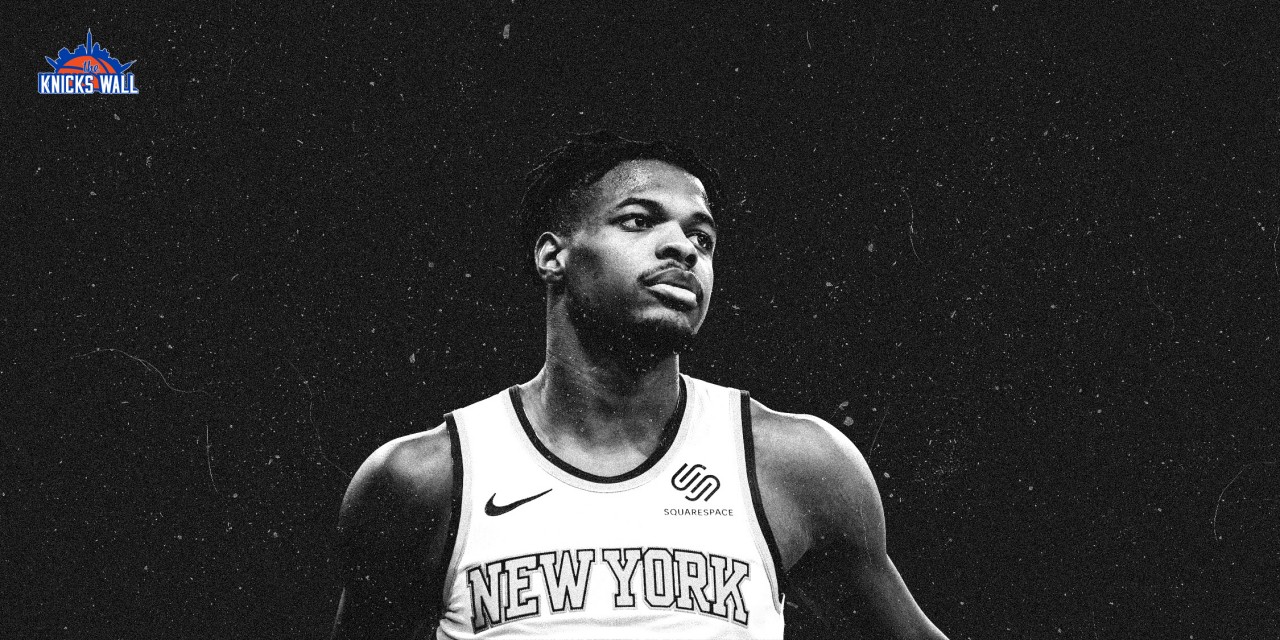 A former lottery pick and a key piece in the Knicks’ return for the Kristaps Porzingis trade, Dennis Smith Jr. was supposed to be better than this.

The G League bubble will take place on February 10th and, outside of a few veterans like Jeremy Lin, Jarrett Jack, and Amir Johnson, it’ll be just like the G League, full of young players who haven’t quite cracked into NBA rotations.

How did Smith end up on that list of players?

At the very tip of the iceberg is new head coach Tom Thibodeau—who typically plays a shorter rotation—(infamously) opting to play his best players the lion’s share of game time. This left Smith Jr., who was already on the outskirts of the rotation, with few avenues to playing time and he has only touched the court three times this season.

As much as it’s fun to lump on Thibs, that isn’t the full story. Smith also suffered a deep thigh bruise in training camp and missed six of the team’s first seven games. He entered the season on the outside looking in, had a setback in training camp, and now he’s a G League player.

Since coming to New York in the Kristaps Porzingis trade, he has failed to show any of the flashes he had in Dallas as a player who could be a starting point guard. In three seasons with the team (58 total games, including the three this season) he has averaged 8.7 points with a 42 effective field goal percentage.

He has been as advertised in terms of the type of player he is: a scoring guard who excels at getting to the rim and using his ungodly athleticism to finish in traffic. Unfortunately, despite taking most of his shots at the rim, he hasn’t shot it at an above-average level there in his entire career.

In his rookie and sophomore campaigns, he shot 57% at the rim in each season, a career-high, and both those numbers were in the 30th and 46th percentile respectively, per Cleaning the Glass. It’s only gone downhill since coming to the Big Apple.

That’s a bit of a pickle when you’re below league average at what’s supposed to be your best skill.

His shooting numbers are as ice cold as they come and while it’s completely understandable to excuse his numbers as a rookie or sophomore, he just hasn’t gotten better with age.

From an asset point of view, New York didn’t invest the ninth pick in him, but he was one of the bigger returns for Kristaps Porzingis two years ago. With Dallas off to a slow start, the unprotected 2021 draft pick is looking better than it did at the start, but Smith has completely shed the hope and promise that comes with a lottery pick.

The hope for his stint in the G League is that he blows everybody away.

What’s promising so far is that he’s humble enough to volunteer himself for the Westchester Knicks. Not many players with his draft pedigree would volunteer themselves for the developmental league and (cliché warning) it could be a sign of his commitment to the game.

Can he be an elite G League player, but not good enough for the league? A no-man’s-land that I like to call “The Hartenstein Zone,” named after Isaiah Hartenstein, who averaged an elite 24-14 in the G League but has struggled to make an impact in the NBA thus far.

If he is in the Hartenstein Zone, then it might be the end for Smith as a contributor in the NBA. Maybe there’s a pathway where he plays in Europe for a few seasons and then comes back rejuvenated and mature, but it’s not an exact science.

Luckily for Smith Jr., he’s only 23 years old and probably young enough to qualify for “The Second Draft,” a term coined by The Athletic (and formerly ESPN’s) John Hollinger in which a team “[finds] players still in their early 20s, who had enough talent to be high draft picks but for whatever reason have fallen out of favor with their first teams.”

Immanuel Quickley and Elfrid Payton have the point guard position on lock right now and if IQ can’t get a starting spot, I shudder to think how hard it’d be for Smith to get some serious minutes.

Maybe the best-case scenario here is that Smith plays so well, another team sees him as an investment and trades nothing of serious value for him, letting him flourish in his new situation.

If Dennis Smith Jr. does get his mojo back and something clicks while playing in the G League bubble, he could legitimately be a “second draft” candidate. For Knicks fans’ sake, let’s hope he lives his potentially rejuvenated career out in New York, but for DSJ’s sake, this could be just what he needs to turn it all around. A self-induced wake-up call.