What’s the Best Path Going Forward With the Center Rotation? 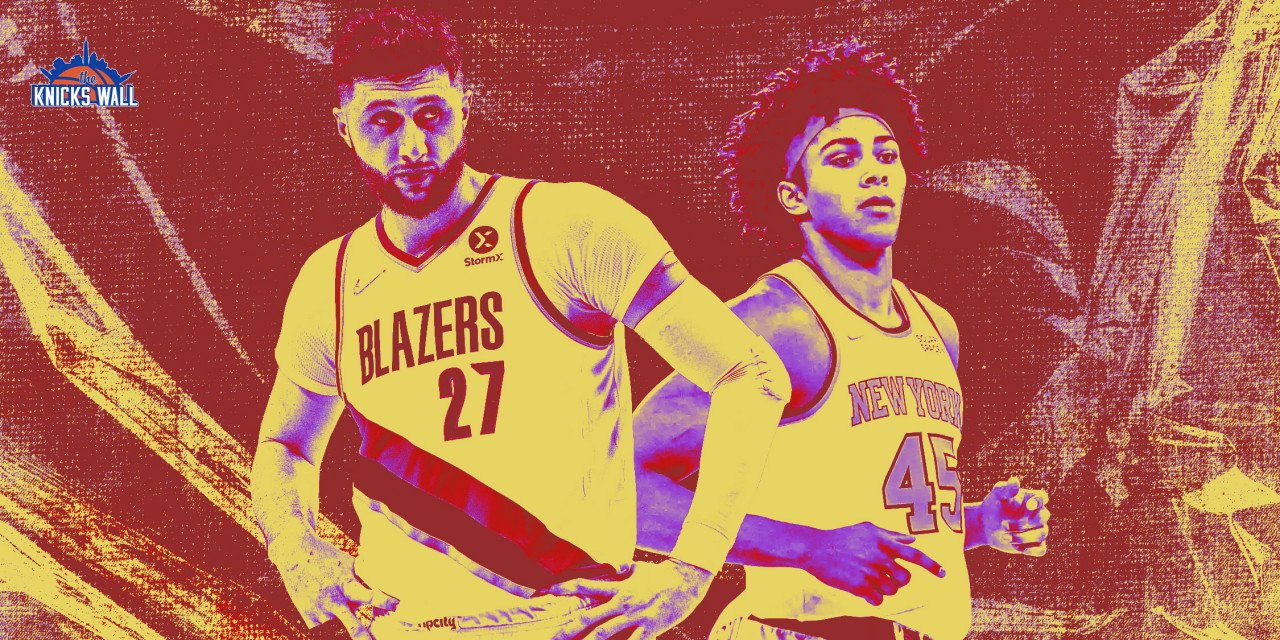 Should the Knicks ink Mitchell Robinson to a multi-year extension, the team would have a valuable center rotation in the making.


As the New York Knicks head into another offseason looking to address key issues, the center situation should not be a point of contention. New York has plenty of depth at the position. So, it should not be a problem to wrap up that situation quickly.

The Knicks already have the long-term answer in Mitchell Robinson. All that’s left to do is sign him to a long-term extension. Unlike Joel Embiid or Nikola Jokic who are modern-era offensive threats, Robinson is a more traditional center who has been a defensive anchor for the Knicks since he got to New York. As a player that plays close to the basket, Robinson is able to use his size and length to create extra chances for his team with his uncanny ability to grab offensive rebounds. It doesn’t hurt that he’s also able to catch the occasional alley-oop.

Robinson, a fan favorite, is a homegrown Knick. The “Block-ness Monster” quickly gained favor with The Garden faithful with super athleticism and defensive intensity. Uncovered as a second-round gem, when he was drafted back in 2018, Robinson kicked off the Knick’s recent draft success and proved that player development is possible in New York. The time has come to pay him and make him New York’s main man down low for the foreseeable future. Robinson has been plagued by injury in his young career, and even this season he started off sluggish, but he proved himself to be durable. He appeared in 72 games, the most of his career thus far.

The seven-footer is extremely important to what the Knicks do on both sides of the court. Robinson ranked fourth in blocks per game with 1.8 during the regular season. He also dominated the offensive glass, picking up 4.1 offensive rebounds a night, giving the Knicks extra opportunities to score the ball. Robinson also holds an impressive NBA record. Robinson set a new single-season record back in the 2019–20 season for the highest field percentage, pushing the mark to 74.2%. The previous record-holder was Wilt Chamberlain, whose record had stood since 1973. Already in an elite company, Robinson is an important piece to New York’s core of young talent.

Robinson, along with RJ Barrett, can become the first Knicks to be re-signed to multi-year deals by the franchise following their rookie contracts since Charlie Ward. As he heads into his first free-agency period, Robinson may have some leverage since the other free-agent centers might not be as appealing as him. There will be some other viable options in the open market if a contingency plan is needed. Portland’s Jusuf Nurkic, for example, averaged a double-double for the first time in his career with 15 points and 11.1 rebounds a night. New York native Mo Bamba will also be available for a possible homecoming. There will be plenty of grizzled veteran bigs like JaVale McGee and Serge Ibaka, but guys like that are better served on “win-now” teams. As seen this previous season, too many veterans on this Knicks team muddies the waters. New York’s best option seems to already be in-house.

Robinson is still only 24 years old and is the longest-tenured Knick at this point. Locking him up should be a top priority for the front office going forward.

With their frontcourt situation pretty much solving itself if they re-sign Robinson, Knicks brass can just focus on continuity. The Knicks already have some serviceable backups to support Robinson. Starting with rookie Jericho Sims, like Robinson, he is also a second-round pick looking to establish himself in New York going into his second season. The former Texas Longhorn looks to be the main backup center next season. Sims, who is part of the Knicks’ group of exciting young talent, came on strong at the end of the season. In a game versus the Brooklyn Nets, he had an impressive outing, notching his first career double-double, scoring 10 points, and grabbing 13 boards to go along with three blocked shots.

Sims was up and down between Westchester and Madison Square Garden, but the neophyte took full advantage of the G League opportunity. During his time with the Westchester Knicks, Sims averaged 14.0 points and 11.3 rebounds per game. New York could potentially have one of the better center rotations in the league with the athleticism of Robinson and Sims.

As they solidify their centers for the future the Knicks are locked into veteran big, Nerlens Noel, going into next season. After an injury-plagued season, the Knicks might look to move on from the former first-round pick. With an onerous contract and constant injuries, it could prove to be a tough task. If Noel happens to be on the opening night roster, he should be a distant third option at the center position for New York and should only be playing him if all other options have been exhausted.

»READ: Another offseason, another set of challenges for the Knicks