What’s Next for Kevin Knox? 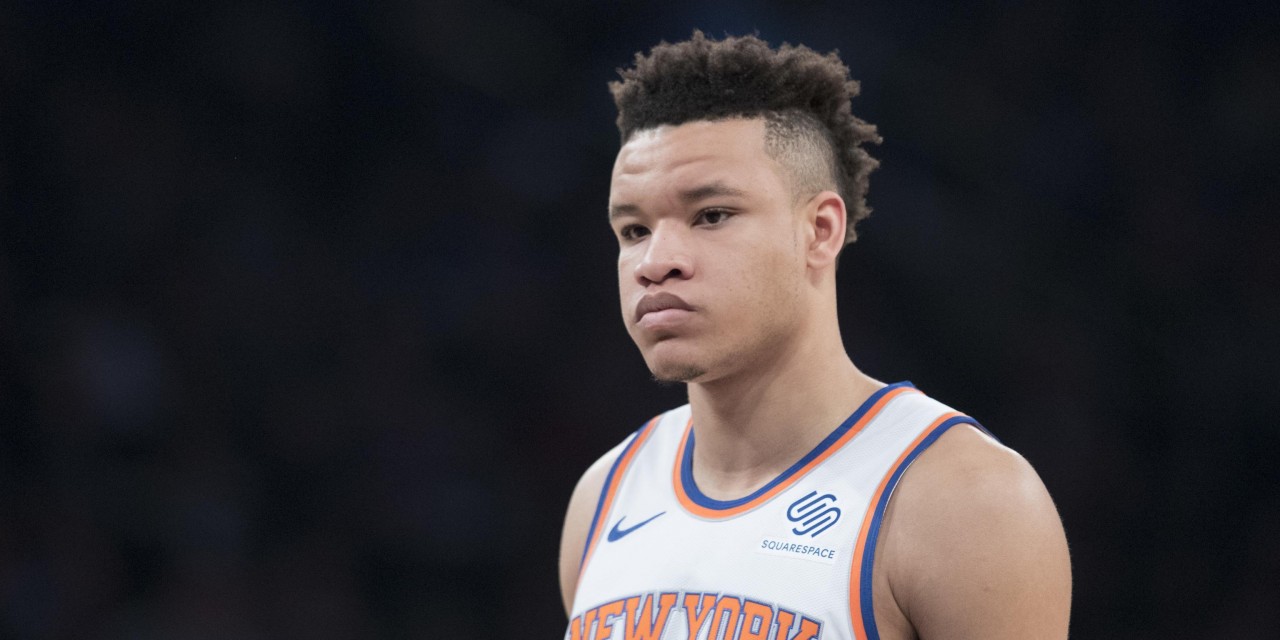 The former lottery pick has failed to make an impact in the NBA thus far, but at only 21 years old, there’s hope Kevin Knox has a place in the Knicks’ future.

“Looking at the shots that he had taken last year, the ones that he took, which I would quantify as good shots, he made those,” Tom Thibodeau said at Knicks training camp, according to New York Daily News’ Stefan Bondy.

“When Kevin Knox takes good shots, he’s going to make them. He’s put a lot of time into his shooting. I think he’s gotten stronger. But he’s got to continue to work. And if he does that Kevin Knox will be fine.”

But looking at his rookie or sophomore campaigns, Knox doesn’t end up looking like a good shooter at all, regardless of his shots.

But are those shots “good” as Thibs said? According to the NBA’s publicly available stats, just a shade over 60% of those are either “open” or “wide open” with the nearest defender outside of four feet or more.

All in all, Kevin Knox hasn’t been good thus far, if you’re reading this blog, you’re probably well aware of that fact.

The recent comments by Thibs perked my interest, even if it might just be training camp fluff, it’d be foolish for the Leon Rose front office to give up on a 21-year-old who was regarded a lottery talent just two seasons prior.

After drafting Obi Toppin at no. 8 in this year’s draft, a guy who is being touted as an established scorer and basketball player from day one, Knox’s road to minutes just got a lot harder.

He’ll also be jostling for playing time with R.J. Barrett, Reggie Bullock, and depending on how much you’re into him, Ignas Brazdeikis, too.

Coming out of Kentucky, he was looked at as an offensive project with The Ringer’s Kevin O’Connor calling him “a raw forward with the athletic traits to be a go-to scorer if he puts it all together.” He compared him to Tobias Harris, Al Harrington, and Jeff Green.

The Harris comparison is accurate; he’s a guy who, in theory, can create his own shot in a pinch but benefit from the passing of others. You don’t want Tobias being the number one option on your team, but being a solid tertiary option by attacking off closeouts, hitting catch-and-shoot opportunities and getting into the cracks in the defense, that’s perfect. Since joining the Sixers, he and Ben Simmons have had an incredible chemistry. Simmons assisted Tobi 118 times last season, according to PBP Stats, for reference, that’s the seventh highest duo.

(The highest duo for the Knicks all season was Elfrid Payton to Julius Randle with 82 total assists.)

Both Knox and Harris take most of their threes away from the corners and most of their attempts are assisted. The simple fact is that Harris just makes them right now, which really opens up the other aspects of his game.

We all remember the time he spent with the Clippers where he was scorched Earth from behind the arc, hitting above 40% from there.

If his shot is more reliable, then there’s no reason to think Knox will get better, solidify his spot in the rotation and stretch out the defense. Notice how the sentence started with “if”? It probably should be all capitalized because it’s a big “if.”

On the other end of the court, Knox has been fine. When he’s on the court, the team is actually two points better than not, according to Cleaning the Glass, but opponents don’t turn the ball over more and, with a weaker frame than other forwards, he hasn’t been an effective rebounder.

The Knicks were bad last season, but still had the 22nd-ranked defense and a few points per 100 possessions under league average. With Knox on the court, the team improved slightly, but enough to almost be league average.

The second-most effective five-man unit the Knicks put on the court last season was one with Frank Ntilikina, Damyean Dotson, Bobby Portis, Mitchell Robinson, and Knox—it had a +17.8 point differential per 100 possessions and kept opponents to 93.9 points per 100 possessions in 137 total trips down the court.

That could be the small sample size talking and it’s when he’s playing next to Ntilikina and Robinson, who are good defenders, but the most effective five-man unit didn’t have Knox and played fewer possessions.

It’s been fun for Knicks fans and non-Knicks fans alike to make fun of the Knox draft pick and how he has played. But he’s only 21, younger than some of the draftees in this year’s class, he has two seasons of NBA experience under his belt and hey, he can’t get worse, can he?