What’s Next for the Mitchell Robinson, RJ Barrett Duo? 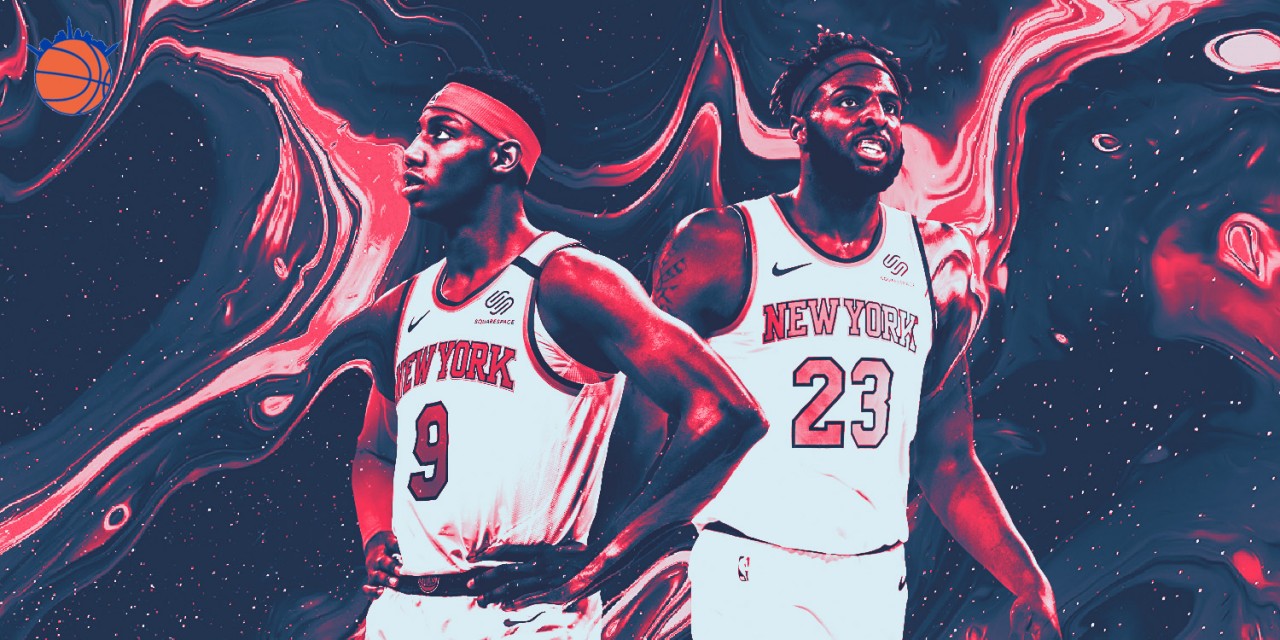 With the acknowledgement as the Knicks’ key young pieces, Mitchell Robinson and RJ Barrett are hardly finished products for New York’s future.

Recently, Leon Rose made his first public address since accepting the job as New York Knicks team president in early March. Despite the delay, there was a lot to like in what was said, especially his shoutout of R.J. Barrett and Mitchell Robinson as the team’s “core pieces” moving forward. While that may seem like stating the obvious, for a team that has often struggled doing the sensible thing, sometimes a little stating of the obvious is necessary.

Flash forward a few days. The news of a second bubble in Chicago caught most NBA fans off guard, and was met by and large with confusion and derision. Even the Knicks themselves seemed dismissive, opting to continue with a head coaching interview rather than be on the league call—and for good reason. With half the team on expiring contracts, there’s very little incentive for the veterans to risk their safety and say goodbye to their families for the sake of playing some meaningless games in a losers-only bubble (could you make the argument every game the Knicks played this season was meaningless? Yes, you probably could).

But as ill-conceived as the idea may be, one undeniable benefit to such a proposition would be the extra time it would give Barrett and Robinson to continue their growth, both independently, and perhaps more importantly, together.

This season, the Barrett-Robinson pairing played just over 600 minutes together and posted a 111.2 Offensive Rating with a 115.9 Defensive Rating, good for a -4.74 Net Rating (per PBP Stats). Those numbers might not sound amazing, but there’s reason to like the story they tell. While DRtg is much higher than you might hope (higher for defense is worse), and higher than the team’s overall DRtg for the season, the ORtg is considerably higher than the team’s overall ORtg of 105.9. Now, offensive/defensive ratings for two-man pairings is by no means a definitive science, but it does point to the offense becoming much smoother and more effective when the two youngsters shared the floor together.

There are very few young pairings in the league that feature as little shooting as the Barrett-Robinson one currently offers, which means building around them will require certain fits: shooters who can shift the defense through the gravity of their spacing and cutting will be an absolute necessity to get the most out of both players’ skill sets, and if they can offer some playmaking as well, all the better. Luckily, those are exactly the types of players the Knicks (as well as the other 29 teams) should be looking for anyway.

But where the tandem’s pairing offers the most hope is the chemistry they developed over the course of the season as a pick-and-roll partnership. For someone billed as a tunnel-vision scorer coming out of college, R.J. Barrett’s greatest strength during his rookie year, other than getting to the free throw line (which was undercut dramatically by his struggles once he got there), was his passing.

RJ Barrett flashed some impressive playmaking craft as a rookie, despite the Knicks' awful floor-spacing. Think he still has the makings of a solid secondary wing creator down the line. pic.twitter.com/soTRpLzlyA

Barrett showed some truly impressive vision and creativity as a passer, despite playing in an offensive system that seemed at times designed to impede his progress as much as humanly possible. While he averaged 2.6 assists on the season, a decent but not entirely impressive number for an off-guard, his 4.6 potential assists per game (per NBA.com/Stats) was fourth in the rookie class, behind only the three top-seven picked point guards (Ja Morant, Darius Garland, and Coby White). He struggled at times finding the balance between scoring, especially towards the end of the season, where he seemed a little desperate to make up for lost time once the possessions usually occupied by Marcus Morris’ gunning were up for grabs, but it’s important to remember that rookie years, especially rookie years on particularly awful teams, are usually about the flashes more so than the final product, and for Barrett, the flashes were there.

The other factor that impacted Barrett’s less-than-stellar assist numbers is how often he was passing to two players whose first instinct was to pound the rock before attempting to score—Elfrid Payton and Julius Randle. Here’s the clearest example of this phenomenon: over the course of the season, 26.5% of Barrett’s passes went to Randle and 25% went to Payton, to whom he averaged 0.7 and 0.4 assists per game, respectively. Meanwhile, only 5.4% of his passes were to Robinson, to whom he averaged 0.5 assists per game.

In other words, when Barrett and Robinson worked together, it seemed to simply the game for everyone involved. That’s why it will be so crucial for Rose, Scott Perry, and “World Wide Wes” to surround them with shooters and ball-movers, rather than non-shooting ball-stoppers. Spreading the floor around an R.J.-Mitch pick-and-roll will allow Robinson to maximize the threat of his verticality without constantly having to contend with a weak side defender playing off a non-shooter on the weak side, and it would mean R.J. doesn’t have to face two to three defenders every time he gets to the basket. Meanwhile, Barrett can keep honing his drive-and-kick ability, which will be a key for him in season two.

But of course, basketball is played on two sides of the floor, and despite some up and downs from both players over the course of the 2019–20 season, there’s genuine reason to be hopeful on the defensive end as well. The aptly nicknamed “Block Ness Monster” may not have gotten the starting role fans were clamoring for all season long, but his improvement over the course of the season was real. He started getting his fouling under control as the year went on, doing a better job of staying on his feet and not going block-hunting so often, which allowed him to control the paint in ways he’s unable to in the times he gets too jumpy. But the most important and special part of the Mitchell Robinson defensive experience is his lateral quickness on the perimeter. He’s quick enough to keep up with all but the fastest guards, and long and springy enough to recover even when he does get blown by.

Mitchell Robinson and Bam Adebayo are some of the most exciting young big men in the league today, and their talent grades reflect that.

If he can get the fouling under control, Robinson projects as one of the few bigs in the league who can dominate the interior as a rim protector while also shutting down guards and wings when switched onto the perimeter. And that versatility is all the more valuable alongside a wing defender like Barrett, whose main defensive value comes from a combination of hard work and ability to switch across three-to-four positions. Barrett has the strength to stonewall larger players in the post and the length to bother ball handlers and make up for his lack of an explosive first step. With the right coach (Atkinson or Thibodeau, perhaps), the two could form a potent and versatile defensive tandem for years to come.

In fact, much of these in-game adjustments will fall upon whomever the front office hires as the head coach. It will be that person’s job to help use Barrett’s passing to open up easier scoring opportunities for himself, which in turn should lead to fewer of the kind of high degree of difficulty shots he ended up forcing up around the basket so often during his first season, and to expand Robinson’s responsibilities on the offensive end of the floor.

If the Knicks can unlock this simple formula, the team will be in an infinitely better position moving forward than they showed this year. Of course it won’t be easy, it will take a dramatic restructuring of the current hierarchy, which may include trying to move Julius Randle for someone who offers a better fit, and parting with Elfrid Payton, of whom Scott Perry seems to be a major fan. But if they manage to do that, not only will they be doing right by their young players, but they will finally be setting themselves on the right path for future success.