What is Obi Toppin’s Fate if No Trades Come? 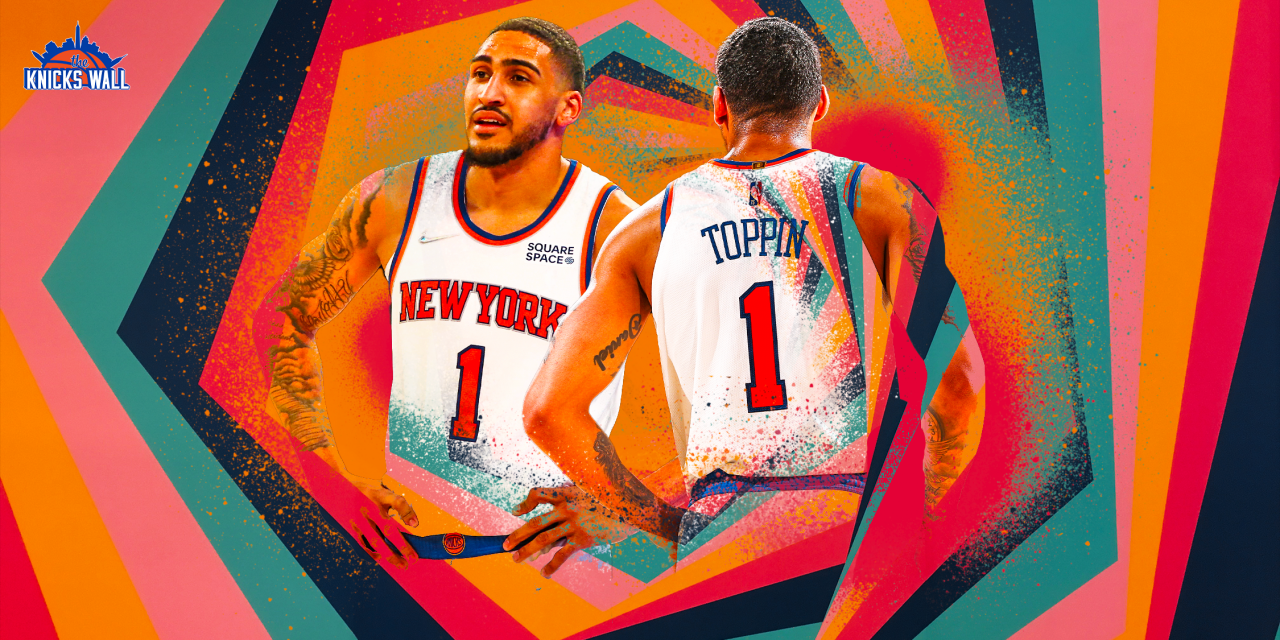 With all the talk of a Donovan Mitchell trade that may involve Obi Toppin, it’s worth wondering what his fate is if things stay the same.

On the cusp of his third NBA season, Obi Toppin has made Knick fans feel as comfortable as ever about his capabilities as a utility player on the team. A constant presence with teammates at basketball-related events always seen with a smile on his face, he’s got an infectiously positive personality and revels in being able to play for his hometown team.

Packaging him in a possible trade for Donovan Mitchell would be a tough pill to swallow, but one that fans would be able to brunt the bear of. The 25-year-old three-time All-Star would be a clear win for the franchise, and the team shouldn’t have a problem moving some combination of younger pieces and draft picks to acquire him. For Toppin’s career, a move to a team that just offloaded their two franchise players would be beneficial to his own game, paving the way for many more minutes and starts than he’s received on the Knicks. Or, in order to match salaries, perhaps Julius Randle would be the centerpiece of the trade from the Knicks’ side. This would leave the starting power forward position open, and possibly Toppin’s for the taking.

Toppin brings a play style at the power forward position that is entirely different from Randle’s and would be worth experimenting with in the starting unit. Whereas Randle is a ball-heavy player who thrives on backing down players in the paint and finding his own shot or passing out to open players on the perimeter, Toppin is a slasher who operates best when cutting to the rim or getting into space for open opportunities. With a revamped starting unit that will include Jalen Brunson as the primary ball handler, Randle’s may clog the system by giving the Knicks too many ball-dominant players on the floor at once. With Toppin, though, Brunson would have a frequent partner he could find at the rim or on the move without the ball in his hands.

If the Jazz and Knicks are unable to come to a trade agreement, though, where does that leave Toppin? Is he doomed to the same 10-15 minutes per game off the bench playing behind Randle? Going into his age-24 season, this continued limited role would only hurt Toppin’s development. He’s certainly shown that he’s worth more playing time, but on a team with playoff ambitions and a set rotation, it would be nearly impossible for Toppin to carve out those extra minutes.

There was no greater testament to Toppin’s abilities than the closing month of the last NBA season. In the final five games the Knicks played in April, all of which Toppin started, he quickly turned heads with his play. He averaged 27.2 points on shooting splits of 55/46/86 to go along with 6.2 rebounds and one block per game. He closed the season on a high note in the last game against the Raptors on April 10, scoring a career-high 42 points while going 16-28 from the field and 6-14 from three-point range.

This all goes to show that being an efficient NBA starter is certainly in his range of outcomes. Simply put: barely cracking double-digit minutes behind Randle is becoming something of an insult to Toppin’s abilities. Unfortunately, if a trade doesn’t happen, he may be doomed to repeat this fate. If he does wind up in that same role, though, are there possibly other parts of the rotation Toppin could crack aside from being Randle’s backup?

A fan-favorite combination from last season was the Randle-Toppin frontcourt. It was seen at times last season due to injuries at the center position but was shelved whenever the team was close to full strength. The combo was fairly efficient, as the team was a +0.4 when the two shared time together in the frontcourt over 20 games at an average of five minutes.

With the center position uncertain at the beginning of free agency, it was natural to get excited at the prospect of these two running the post. With Nerlens Noel traded and Mitchell Robinson a free agent, anything could happen at the position. Once Robinson was re-signed by the Knicks, that was okay, too, since there was now a backup center spot open. Perhaps Toppin could play the role of a forward-center off the bench that would net him more playing time. That thought was quickly halted by the signing of Isaiah Hartenstein to play behind Robinson, thus ushering Toppin back to his customary role behind Randle.

OBI WITH 35 and another IQ DOUBLE DOUBLE! pic.twitter.com/LJe9gzDDhl

The only possibility for Toppin could be taking some of the minutes presumed to be Cam Reddish’s for the taking. Reddish, the fourth-year player traded from the Hawks last year, spent most of last season either out of the rotation or injured. Of the players projected to fill out the Knicks’ rotation, he is the one most at risk of being relegated to full-time bench duty. If Toppin could operate as more of a small forward as Reddish does, he could nab some of those minutes. That would force him to become more of a shooter around the arc, but if he can keep up the shooting that he showed in April, it’s somewhere he can grow his game further.

Alas, if things do just stay as is, with no trade excitement for the rest of the summer, it may sadly be back to the reserve minutes behind Randle to which Toppin has become accustomed. Tom Thibodeau is an infamously stubborn head coach who sticks to his rotations like religion. In this case, Toppin will just have to stick to what he does best and showcase his bungee jumping and around-the-floor intensity until he forces the team’s hand.

»READ: Jericho Sims will have to be patient in Knicks’ center rotation

»READ: Who should be the Knicks’ starting shooting guard?