Where Are Former Knicks From Last Season Headed? 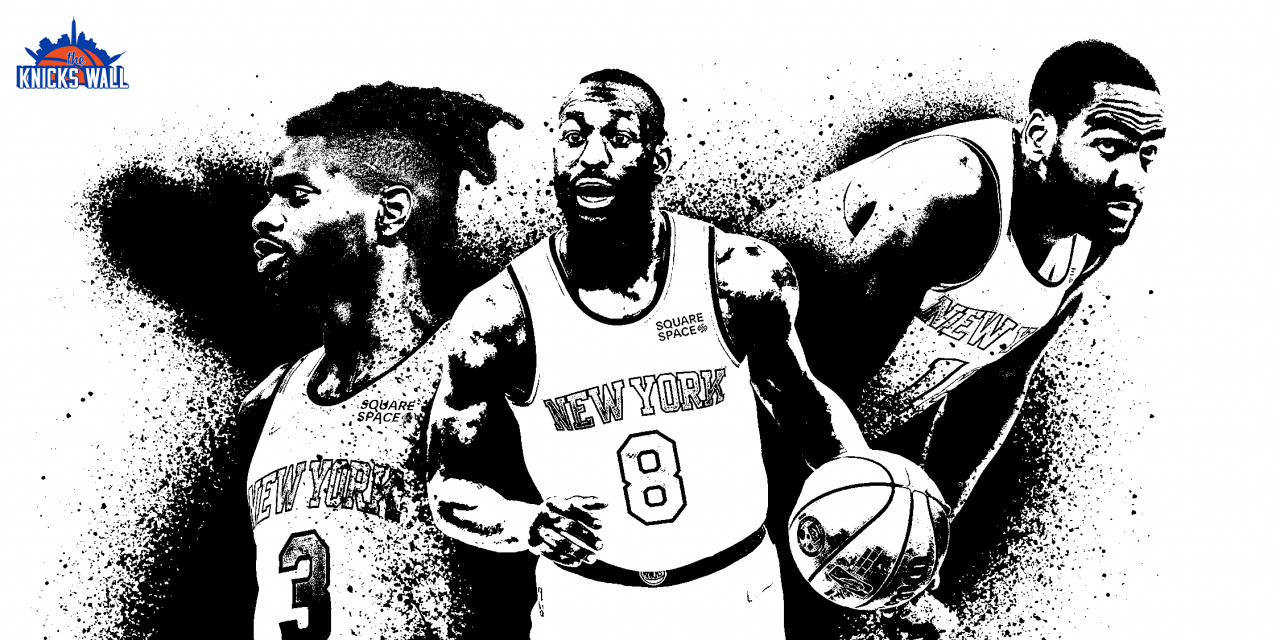 The Knicks moved on from several players from last season’s team and moved on from others before they got the chance to suit up. What does the 2022-23 season hold for them?

The beginning of the 2022-23 NBA season is on the horizon. Training camp and preseason basketball start in the next few weeks, and the regular season kicks off in a little over a month on October 18th.

Hence, the offseason is practically over for the NBA and the New York Knicks, especially following the trade that sent Donovan Mitchell to Cleveland. It’s safe to say that the Knicks roster will change little, if at all, between now and opening night.

With summer 2022 firmly in the rearview mirror, let’s check up on some players who were either very close to becoming Knicks via the draft or were Knicks last season but are no longer with the orange and blue.

In June, the Knicks and Detroit Pistons completed two trades in two weeks. One of them sent Burks, Nerlens Noel, two second-round picks (one in 2023 and the other in 2026), and $6 million to the Pistons for a 2025 second-rounder in what was essentially a salary dump. New York shredded $19 million and rewarded Detroit with some picks for taking on the contracts of Burks and Noel.

Detroit’s primary rationale for making this trade was to add draft capital — the team is firmly in a rebuild at this point. However, Burks will be jockeying for a rotation spot in training camp.

So long as Dwane Casey doesn’t misuse Burks and employs him as an off-ball threat instead of playing him at point guard, Burks can provide Detroit the three-point shooting punch off the bench that it is so sorely lacking.

In 2021-22, the Pistons finished second to last in the association in three-point percentage (32.6%). Only two rotation players on the roster shot the three-ball at a 35% clip or better (Rodney McGruder and Cory Joseph). Burks, meanwhile, has converted 41% or more of his threes each of the last three seasons, per Cleaning the Glass.

On the surface, Burks’ skillset appears to be just what the doctor ordered, but his path to a definitive role is somewhat murky. In his way are three young, promising wings: Cade Cunningham, Saddiq Bey, and Hamidou Diallo. So expect Burks to play a break-glass-when-the-offense-is-struggling role and not much more. He’ll put up points in 15-18 minutes per night.

It’s difficult to imagine a scenario where Noel plays more than sporadic minutes in Detroit.

Like Burks, he is coming off a down year in New York. Also, like Burks, multiple youngsters will likely monopolize the minutes at his position (Jalen Duren and Isaiah Stewart) as well as fellow veteran Kelly Olynyk.

Maybe if Noel were the same caliber rim protector that he was in 2020-21, he’d have a better argument for playing time, but he isn’t. In fact, his block percentage last season was the lowest it’s been in four years (2.9%), per Cleaning the Glass. And shot blocking is his trademark NBA skill — he doesn’t bring much to the table offensively (shot only 58% from the paint in 2021-22, 9th percentile among bigs).

At this point in his career, Noel is a solid interior defender and not much more. So don’t count on him being a consistent rotation member in his new home.

The second of the two trades that New York and Detroit made in June was a three-teamer with the Charlotte Hornets as the third team. The Knicks unloaded Kemba Walker’s salary to Detroit and netted a 2025 first-round pick, the Pistons received the draft rights to Jalen Duren from Charlotte, and the Hornets gained five future picks. Duren was the most notable name moved here.

The former Memphis standout stacks up with anyone at his position in his draft class not named Chet Holmgren. Duren is a high-flyer whose superb athleticism made him one of the most prolific interior scorers in the nation (1.44 points per shot around the rim in the halfcourt, 94th percentile) and a staunch rim protector on the other end (averaged 3.3 blocks per 40 minutes).

The dunk at 15 seconds had Shaq written all over it. The double leg lift, the ferocity, the abuse to the backboard.

With Marvin Bagley III and Stewart already in the fold for Detroit at the power forward and center spots, it’s unsure whether Duren will begin the season as a starter. Bet on him cementing himself as one by the season’s end, though. None of Detroit’s other men in the middle quite have his two-way skillset.

It goes without saying at this point that the Walker-New York reunion didn’t pan out as planned. Despite a few scattered scoring eruptions and a Christmas triple-double, Walker was never able to regain his scoring mojo last season — he shot 40.3% from the field, the lowest since the 2014-15 campaign — and was little more than a turnstile on defense. Consequently, he was out of Tom Thibodeau’s rotation by November and played his last game as a Knick in February.

As aforementioned, the Knicks traded Walker to the Pistons earlier this summer. Walker’s career in the Big Apple lasted only 37 games, and he likely won’t play a single game as a Piston. Last week, The Athletic’s James Edwards III reported that a buyout is “what Detroit wants to happen.”

Once Walker hits the free agent market, it’s unlikely he’ll have a laundry list of suitors. The only type of teams likely to consider bringing him on are contenders with limited avenues to add talent, like the Los Angeles Lakers.

After three years with the Knicks, Gibson signed a one-year deal with the Washington Wizards in July. Now 37 years old and entering his 15th season in the pros, the nation’s capital may be the final stop in Gibson’s long career.

While Gibson is getting a bit long in the tooth, he showed last season that he still has some gas left in the tank. Gibson functioned as a fundamentally sound defender (opposing teams’ effective field goal percentages dropped by 2.7% when he was on the court versus when he was off) and a capable floor spacer (he shot 43% on mid-range jumpers) in his swan song with the Knicks.

Taj and Cam force the turnover and RJ finishes with the beautiful handles and the and-one on the other end pic.twitter.com/BhEUbXUTVz

Gibson will have a golden opportunity to carve out a role in Washington. The Wizards have just two legitimate bigs on the roster — Kristaps Porzingis and Daniel Gafford — with the former having missed 50 games over the last two seasons due to injury.

On draft night, the Knicks traded out of the first round and pick 11. The ‘Bockers received three protected 2023 first-rounders from the Oklahoma City Thunder for the draft rights to Dieng, one of the more compelling prospects of his class.

Dieng’s combination of measurables and playmaking ability makes him pop as a prospect. He’s 6-foot-9 with a 7-foot wingspan, yet he is comfortable handling the ball in the half-court and in transition. Dieng also saw a lot of success running the pick and roll as the ball handler in the NBL Australia league, where he displayed point guard instincts with his ability to make advanced reads.

Dieng needs to refine his jump shot and might benefit from putting on extra muscle, but he has the body of a forward with the skills of a point guard, which makes his ceiling sky-high. Plus, he should get plenty of reps to hone his game on an Oklahoma City team aiming for a top pick in the 2023 NBA Draft.

»Read: The Knicks Must Choose: A Star or Development