Where Does Dennis Smith Jr. Go From Here? 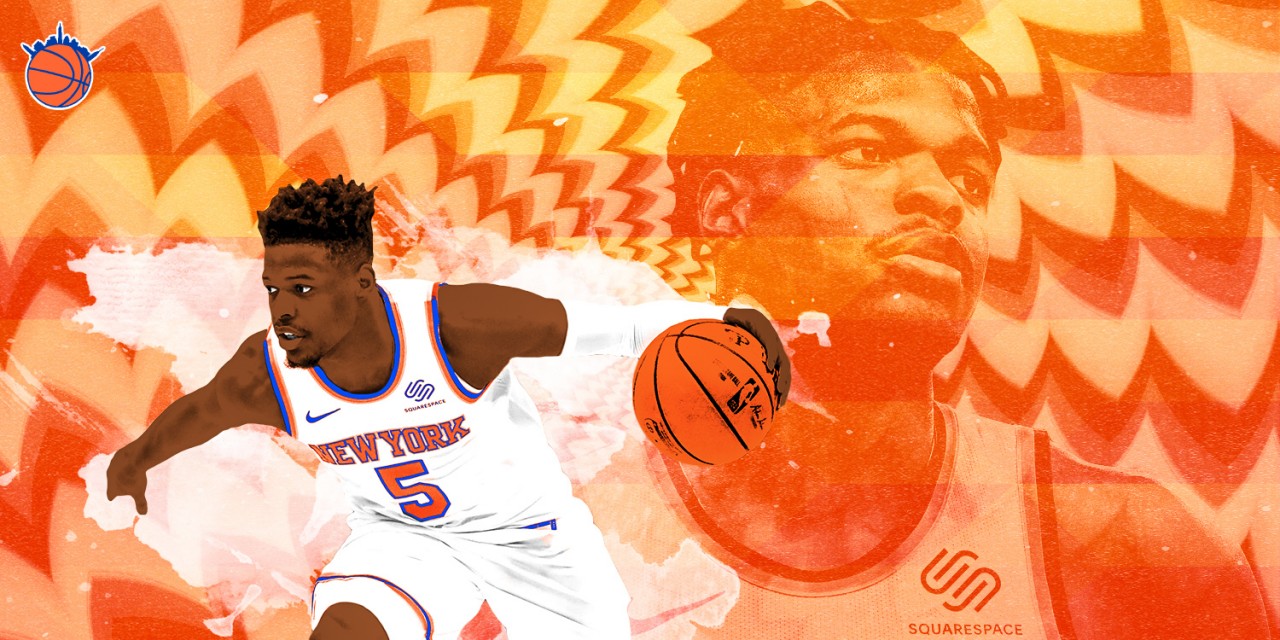 Third-year point guard Dennis Smith Jr. has solidified a role as the first guard off the bench since returning from personal leave.

Personal tragedy combined with lack of minutes and inability to produce has made the start to the season very rough for Dennis Smith Jr.

Smith Jr., who turned 22 years old today, unfortunately lost his stepmother in late October and missed some time to be with his family. That, along with his ailing back, has caused him to only see the floor in 10 of 17 games the Knicks have played so far. In those 10 contests, Smith is averaging an underwhelming 5.6 points per game, per NBA Stats.

Smith was expected to take a quantum leap this season and establish himself as the Knicks’ point guard of the future, but has floundered thus far, not getting the minutes we all expected—and even hearing the boo birds from the Madison Square Garden crowd.

The former ninth-overall pick was acquired in the infamous Kristaps Porzingis trade last season with the Dallas Mavericks and was viewed as the centerpiece of the deal. The hyper-athletic Smith has had some electric moments in a Knicks uniform, but has been fairly inconsistent in the orange and blue.

So where does Dennis Smith Jr. go from here? Are his days in New York numbered, or will he turn things around establish himself as an excellent acquisition for the Knickerbockers?

If you remember back to the 2017 NBA Draft, a large segment of Knicks fans wanted to draft Smith at No. 8 and were disappointed when Frank Ntilikina’s name was instead called by Commissioner Adam Silver. After acquiring Smith Jr. last year, the Knicks ended up with both of these players 19 months later.

Smith is a very explosive, highlight-reel type of player, who has given some juice to a Knicks franchise that has enjoyed little success in decades. The point guard is a well-liked and aggressive player, who embodies the New York attitude that we want to see from guys who suit up for the Knicks. He has become a fan favorite in his short time here, and has created a unique buzz and excitement that his counterparts Ntilikina and Elfrid Payton just don’t provide.

More important than his fit culturally is the fact that the Knicks are in desperate need of a competent point guard who can score and be a franchise guy. Although it hasn’t appeared that Smith is capable of doing that based on his performance this season, Smith has the makeup to be the guy best equipped on the current roster to be the point guard of the future.

Being that there isn’t anyone breathing down Smith’s neck to unseat him as the main option for point guard, despite his struggles, he has ample time to develop and hop in the driver’s seat in his quest to establish himself as the main man at the point. Considering how poor Ntilikina is offensively and how average and limited Payton is, Smith is clearly the point guard option with the highest ceiling and most talent, which bodes well for him going forward.

With the Knicks likely going nowhere this season per usual, this year will be another chance to see what the young talent can do, hoping they can become stars to bring life back to this dead franchise.

Smith, barring injury, will have 65 more games this season to right the ship and create positive momentum moving forward. We are at a point where people have low expectations for the Fayetteville, North Carolina, native considering his inauspicious start. He may be in David Fizdale’s dog house now based on his lack of minutes, but he has the opportunity to shake off the rust and make his season a positive step in the right direction.

Personally, I believe Smith is much better than what his current numbers indicate, and I believe he will show that as the season progresses.

I don’t believe there is as much pressure on Smith as some others may think, and we’ve already seen improvement in his last three games—to the tune of 10 points per game in an average of fewer than 20 minutes of action, per NBA Stats.

Sure, Smith has his flaws, will occasionally make poor decisions with the ball, and has proven to be an inconsistent shooter, but the Knicks need juice right now to go along with exciting rookie R.J. Barrett and have to show they are at least competing. Smith should be getting more than 15 minutes a night if New York is serious about showing the fans they have something brewing despite their poor record.

Smith, a confident kid, seems to be remaining patient and optimistic as he looks to get back on track, per Howie Kussoy in the New York Post: