Where Does Frank Ntilikina Stand After Free Agency? 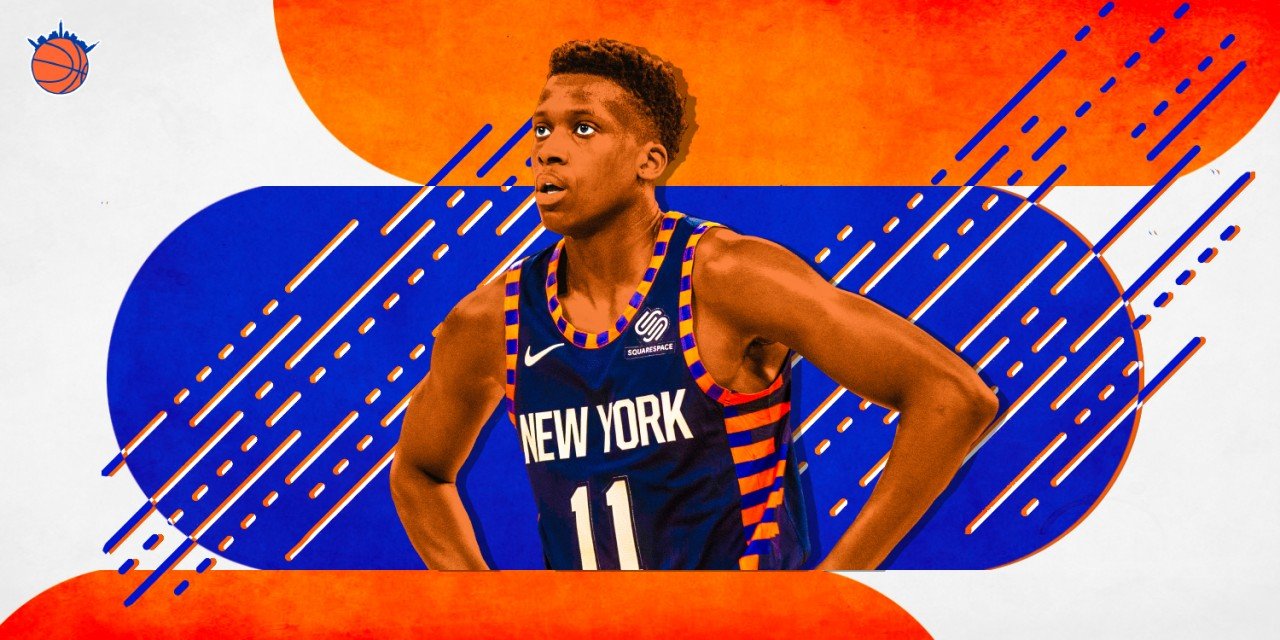 Former Knicks lottery pick Frank Ntilikina will enter his third NBA season, but it looks like Dennis Smith Jr. and Elfrid Payton could be ahead of the 21-year-old in the pecking order.

After signing Julius Randle to fortify their starting five with an offensive hub, the New York Knicks rounded out their roster by signing rotational players in the rest of their available spots.

So far, everyone has been distracted by the fact that the Knicks missed out on signing any of the big free agents available this summer. While the front office wants people to believe that they traded their first homegrown All-Star in decades for cap space they wanted to use on middling players, it doesn’t change the rest of the league’s perception of the Knicks.

And the optics of the current roster suggest that Frank Ntilikina isn’t part of the Knicks’ plans for the future.

Ntilikina’s been off to a rough start since he was drafted by Phil Jackson. He airballed in that first game, and his career has mostly been a disaster ever since. In his first two seasons the depth in the backcourt allotted him little playing time but not for reasons of pure cruelty: his past rivals have all played superior basketball, and this year’s bunch is no different.

Dennis Smith Jr. is returning, and will most likely retain the title of starting point guard. There’s no surprises with that move, but the addition of Elfrid Payton, a five-year veteran who spent time in Orlando with current Knicks general manager Scott Perry, is telling. Plus, it’s been reported that he’ll be competing for the starting job, which could already earmark Ntilikina for a cobwebbed seat on the bench.

Payton suffers woes on offense similar to those of Ntilikina: neither are even passable perimeter shooters, but at least Payton shoots above 50% at the rim. Payton’s 29.8 minutes per game average and Ntilikina’s injury troubles allowed the veteran to take 130 more field goal attempts than Ntilikina last season—but even the normalized per 36 numbers are gruesome. Ntilikina averaged 9.8 points, 4.8 assists, and 3.5 rebounds per 36 minutes last season. Payton averaged 12.8 points, 9.2 assists, and 6.3 rebounds for New Orleans.

Neither player has great statistics, but that’s not the point. Payton doesn’t have to be an exceptional player, he just needs to be better than Ntilikina—and, frankly, that doesn’t appear to be too difficult for the journeyman.

Maybe Ntilikina’s time as a point guard is over, and he’s meant to be a multi-positional defensive stopper instead. His percentage of minutes at shooting guard increased from 29% to 33% over the last two seasons. It wouldn’t be surprising if the Knicks decided to place the 6-6 player with a seven-feet wingspan as a swingman in the depth chart.

However, he faces the same issue depth issue—everyone there is better than him. The main problem is that everyone above Ntilikina has an identity as a player; the one skill he boasted in his rookie year, defense, didn’t show in his second season. That left the door wide open for Emmanuel Mudiay, whose only real value was not being Frank Ntilikina. New additions Wayne Ellington and Marcus Morris are seasoned players who may make cracking the rotation even more difficult.

Bullock and Ellington shot 37.7% and 37.1% from three respectively last season. If the Knicks want to compete and at least look like a respectable NBA team this year, they’ll utilize the competent shooters they desperately needed the last few seasons.

Developing Frank as an off-ball player hasn’t borne fruit either. He actually shot demonstrably worse from three in his sophomore season.

It’s David Fizdale’s team, and in this era stretching your offense past the three-point line is crucial—especially if inside threats like Randle and Mitchell Robinson are on the floor. The second-year coach didn’t reward bad play with extra playing time in his first season, it’s doubtful he’d adopt the inverse of his “keep what you kill” comment, even if it is for the sake of developing the former eighth-overall pick.

Besides, there’s a new project player in town, and his name is R.J. Barrett. If his first game in Summer League is any indication of how he’ll fare in the NBA, he’ll need a lot of work.

Fizdale has earned the title of fixer-upper for his handling of Emmanuel Mudiay. He did a lot to rehabilitate Mudiay’s career, which was in peril last season. Mudiay’s still no phenom, but he’s earned himself a roster spot on a strong playoff contender in the Utah Jazz.

Similarly, Ntilikina is on the verge of being out the door on the eve of his third NBA season. It would be ironic if Fizdale became his biggest supporter after completely ignoring him a season ago.

Even the best case scenario doesn’t spell a bright future for Ntilikina. In all likelihood he’ll go down in history as a lottery pick burnt for nothing in the Phil Jackson era. Fans may remain hopeful on Frank Island, however, comparing him to a young Jimmy Butler and Giannis Antetokounmpo. Although it’s true both didn’t find real traction in the league until their third season, they had natural physicality and aggressiveness, and both made very obvious progressions.

It seems like the Ntilikina era may be over in New York. Accompanied by whispers of the Knicks probing for trade partners on draft night, things look bleak for the third-year point guard (or wing, or whatever he is).

Sadly, the Knicks’ core seems content without him. With roles carved out and growing for Kevin Knox, Robinson, and even older prospects Allonzo Trier and Damyean Dotson, Frank is obviously the odd man out. Whatever position you choose for him, point guard, shooting guard, or small forward, they all can play the role better than he can, albeit differently. If he cements himself as a true stopper on defense and a adequate scorer, Ntilikina can earn himself a qualifying offer instead of being renounced, because the cap space of his potential $6 million salary in the 2020–21 season may be worth more than what he produces on the court.