Where Does Kenny Wooten Fit in All of This? 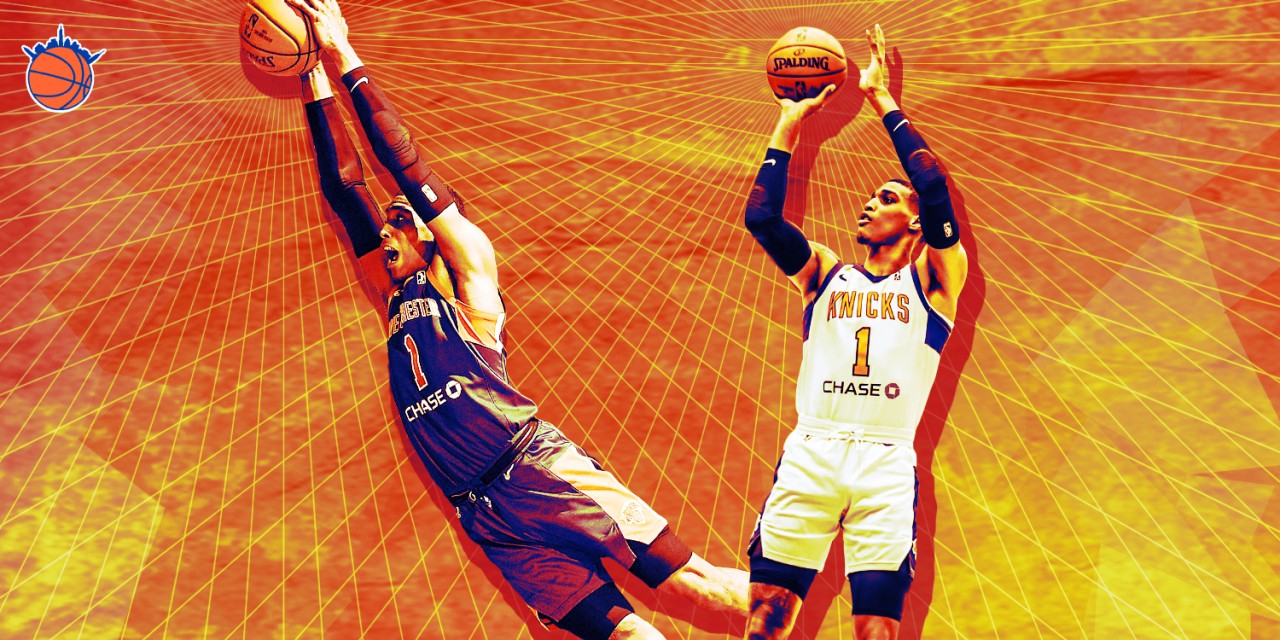 G League power forward Kenny Wooten will stay with the Knicks after signing a two-way deal, but it’s hard to peg where he’ll fit at the moment.

Knicks fans let out a large sigh of relief when the team inked Kenny Wooten, the Westchester Knicks standout and Human House of Highlights, to a two-way contract.

Investing in the youth has felt more like wishful thinking rather than reality lately. It is why so many fans of the team feared Wooten would slip through the Knicks’ grasp and sign a 10-day contract with another club.

Luckily, the front office did the prudent thing, cutting ties with Ivan Rabb to keep Wooten in the fold.

Wooten’s name had begun to pop up on the timeline with increasing frequency, thanks to his penchant for making viral highlight clips. He has redefined the Clydeism “bounding and astounding” with seemingly nightly highlights.

For now, this is the clip that got Wooten on people outside of the Knickland to take notice:

Viral highlights aside, Wooten has made himself comfortable within the organization. He was a Summer League standout in Vegas and maintained that productivity in Westchester. In 25 games for the DubKnicks, Wooten is averaging 7.4 points, 5.9 rebounds, 3.6 blocks per game, and shooting 65.2% from the floor, all the while turning Westchester County Center into his playground.

Wooten has yet to play a game with the main roster. He did not appear in any preseason games due to a left ankle injury, and will not see much time until after the trade deadline, when roster spots (hopefully) become available.

Whenever the time does come, Wooten will be an easy player to plug in. The big concern with Wooten coming out of college was his lack of defined position. He has the body of a power forward (listed at 6-foot-9) but the skill set of a center. This is where his extraterrestrial athleticism pays dividends.

The Knicks have signed Kenny Wooten to a two-way deal ?

Right now Robinson is the second unit’s center, which should change sooner rather than later. When Robinson joins the starters, Wooten can give Mike Miller much of what Robinson currently offers.

Offensively, Wooten’s game is as straightforward as his shot-blocking defense: he is going to jump over you or through you to score. He is shooting 65.2% from the field in the G League, with virtually 100% of those attempts coming right at the rim.

Wooten should forge an immediate partnership with Frank Ntilikina, who has built a strong rapport with Robinson over the past few weeks. Swap out Robinson from Wooten on this play, and you get the same result.

Frank lobbing to Mitch making my eyes well up pic.twitter.com/qTtZ1NTWaQ

The rest of the cast Wooten should spend a chunk of his floor time with should be Damyean Dotson, Kevin Knox, Taj Gibson, Allonzo Trier, Kadeem Allen, and Ignas Brazdeikis. Miller could also opt to give R.J. Barrett some run with the second unit as the lead guard, in which Wooten would be a capable sub for Robinson.

Barrett knows firsthand the type of athlete Wooten is. When visiting Oregon on a recruiting trip, Barrett saw Wooten leap and place a piece of tape on top of the backboard. Yes, not the rim, but the backboard. “We had to get a ladder to get the tape down,” Barrett said. “He’s a freak.”

Like Ntilikina, Barrett has also built a bond with Robinson and can find similar success lobbing it up to Wooten.

Surrounding Wooten with capable playmakers and shooters like Knox, Dotson, and Trier will only enhance his strengths. Taj Gibson is the guy who can mask Wooten’s weaknesses and take the rookie under his wing off the floor.

Bobby Portis serves as the backup 4 for now and has fit next to Robinson thanks to his shooting, but he should be one of the veterans dealt at the deadline. Gibson, who should be the odd man out when Robinson inevitably becomes a starter, will be an adequate replacement for Portis in the second unit.

Gibson’s ability to generate offense outside of the paint is why he is a starter to begin with. He would do the same next to Wooten, who generates 100% of his offense at the rim. Defensively, Gibson allows Wooten to focus on what he is good at (blocking shots) and not worry about pulling down the rebound.

For as good a shot blocker as Wooten is, he does not pull down a ton of rebounds, averaging 8.8 per 36 minutes, and he has the potential to get foul happy, averaging 2.8 fouls per game. Gibson can take the pressure off by taking the tougher assignment, and allow the former Duck to dedicate the lion’s share of his energy to sending shots out to the Chase Bridge.

Wooten is already working on a way to bump his rebounding numbers too, and it involves more two-handed blocks.

“Most of the time I just send them into the stands,” Wooten told reporters a day after he signed his two-way contract. “It’s really not the bright thing to do. I feel like now I’m going to start trying to get control of them and try to come down with them.”

If Miller opts to go small, Wooten can survive as the lone big on the floor. He doesn’t need the ball to be effective, and can kickstart fast breaks with blocks like this…

The development of Wooten should be one of the priorities post-deadline. If brought along properly, the duo of Robinson and Wooten give the Knicks an uber-athletic big man rotation that both allows the team to implement a consistent plan of attack, and put the fear of god in anyone trying to score inside.

Best of all, Wooten wanted to be a Knick.

“I heard I got some interest, but I wasn’t really talking to anybody other than the Knicks,” he said. “I’ve always felt like this is home. I knew it was going to be an opportunity given here. I felt like I just had to wait my turn. I felt like I really bought into the whole system. They told me they had a plan for me, so I just always believed in that. I feel like I’m going on the right path.”

It is the Knicks’ job to keep Kenny Wooten on that path. They key to changing the culture may start at the top in the macro sense. But in the micro, filling the locker room with guys who want to be a Knick is a step in the right direction.