Where Does RJ Barrett Stand in the Rookie of the Year Race? 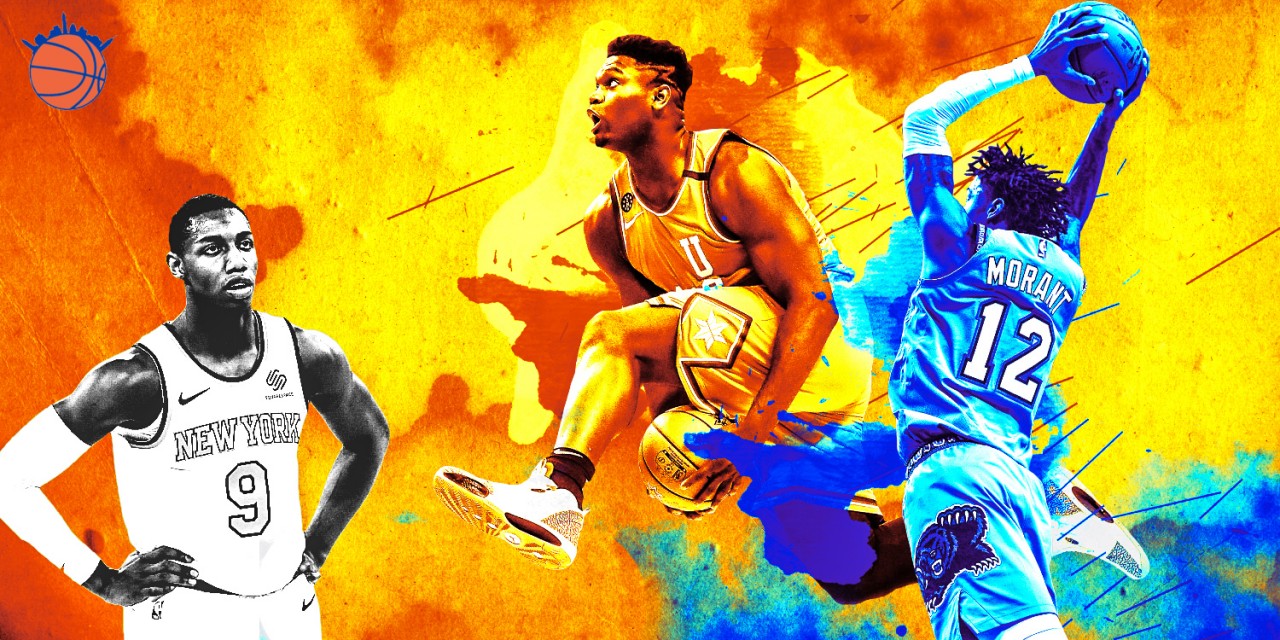 Knicks first-year guard RJ Barrett has fallen off in recent months, making him a less-than-stellar candidate in the league’s Rookie of the Year race.

R.J. Barrett got off to a phenomenal start to his NBA career, averaging 17.9 points, 6.1 rebounds, 3.9 assists, and 1.5 steals through the first eight games of the season. Not to mention he was shooting 42.4% from the field and 36.7% from three-point range.

However, from that point until the All-Star break came a cool-off that took Knicks fans off guard. In that span, Barrett’s numbers plummeted to 12.7 points, 4.9 rebounds, 2.1 assists, and 0.9 steals per game while shooting only 37.8% from the field and 30.6% from three.

During this span, it became clear who Barrett’s competition was for Rookie of the Year. Ja Morant and Zion Williamson have showcased talent similar to that of Luka Doncic and Trae Young in the 2018 rookie class. Morant and Williamson are having historically good rookie seasons. Both have shown that they’re likely, if not definitely, future top-10 NBA players.

Morant is averaging 17.5 points and 6.8 assists per game while shooting 49.1% from the field and 34.2% from beyond the arc. Most importantly, Morant has led the Memphis Grizzlies to a 28-30 record, good for the eighth seed in the Western Conference. Not too bad for a team that many projected to finish 15th.

Williamson has only played 13 games after missing the first three months of the season with a knee injury. He’s already made his impact felt, averaging 23.3 points and 7.3 rebounds while shooting an astounding 57.3% from the field and 41.7% from deep.

He’s not eligible yet because he hasn’t played enough, but Zion Williamson’s Player Efficiency Rating (PER) is 25.4, and would rank 11th in the league—right behind LeBron James. The Pelicans are 7-6 in the games Williamson has played, which has them just 3.5 games behind the Grizzlies for the eighth seed in the Western Conference.

Morant and Williamson’s amazing athleticism has provided us with no shortage of exciting moments.

? Ja Morant with the cross and nasty poster dunk on Baynes!

So where does this leave RJ Barrett?

The good news for Barrett is that after Morant and Williamson, the field is wide open. After those two players, the race for third place in the Rookie of the Year voting includes Barrett, Brandon Clarke, Coby White, Tyler Herro, Rui Hachimura, P.J. Washington, Eric Paschall, and De’Andre Hunter.

What’s more relevant than third place in Rookie of the Year voting is the All-Rookie First Team. With Ja Morant taking up one guard spot, there’s only one spot left.

Currently, the frontrunner for that last spot is Tyler Herro, who’s averaging 13.1 points and shooing 39.3% from beyond the arc on a 36-22 Miami Heat team. Herro is definitely going to get the benefit of the doubt from voters due to his impact on a playoff team compared to the next two candidates: Coby White and Barrett.

Prior to this past week, I probably would have said that Barrett has a slight edge over White for the player who’s most likely to beat Herro. That’s changed, however, since White has scored over 30 points off the bench in each of his past three games. He’s the first rookie in NBA history to ever do so, according to the Bulls’ Twitter account. White’s averaging 12.3 points while shooting 38.7% from the field and 35.6% from beyond the arc.

While White was going off lately, Barrett had been on a hot streak of his own. He wasaveraging 18 points over New York’s last three games since the All-Star break until Wednesday in Charlotte. Against the Rockets, Barrett had 14 points in the first quarter alone before the Knicks stopped giving him the ball as much. He finished with 21.

In order for Barrett to grab this All-Rookie First Team spot from Herro or White, the Knicks are going to have to increase his involvement in the offense.

Here is a play that caught the eye of many from the last game.

Dennis Smith Jr. had Barrett so wide open to he was jumping up and down with his arms in the air. He still never got the ball. When Randle got the ball later in the play, he also chose not to pass to an open Barrett.

It’s small things like this, which, game after game, contribute to Barrett’s struggles this season. The offense is bad, and very few players on the team have any court vision.

One of the players with court vision is Barrett, so it’d also be a positive to see him get some minutes at point guard during the final stretch of the season.

RJ with another DIME in transition to Randle pic.twitter.com/CHRKpH11ua

While Barrett has struggled at times through the season, he has a huge opportunity to make up for it the final 25 games. Whether he and the Knicks take advantage of this opportunity or not will decide whether Barrett makes the All-Rookie First Team this season.

»WATCH: TKW Highlights: RJ Barrett perks up against the Rockets