Which Teams Make Sense in an Elfrid Payton Trade? 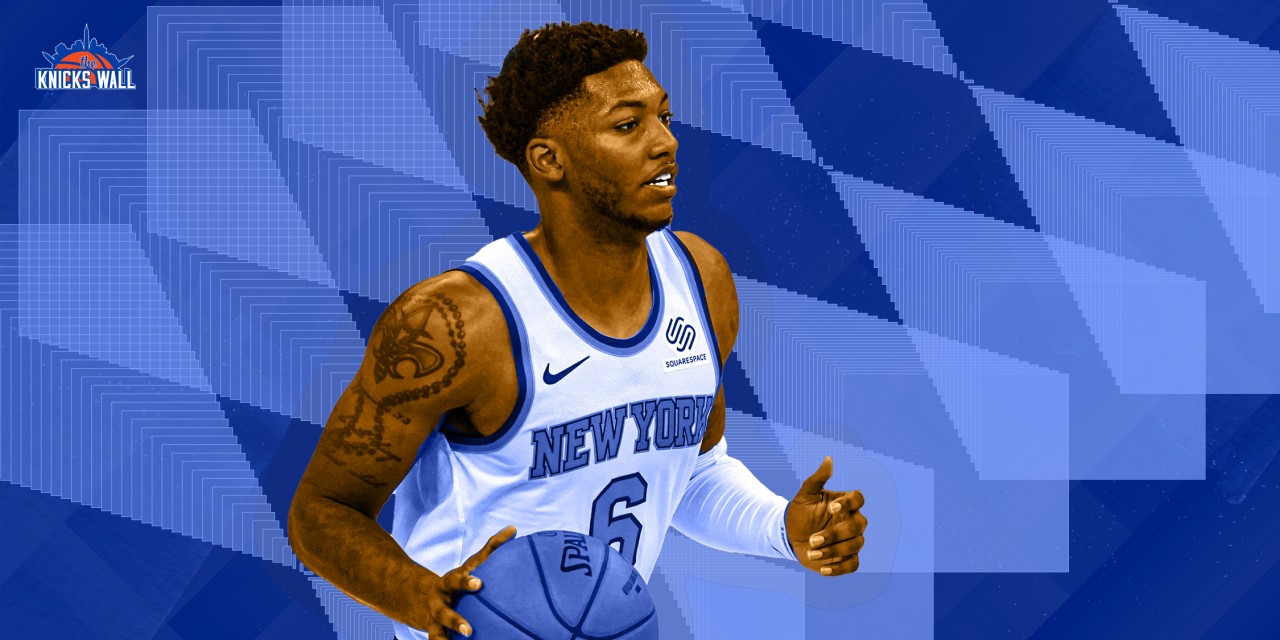 With Derrick Rose back in New York, it’s time to wind up the trade machine and look at potential trade packages for Knicks guard Elfrid Payton.

Regardless of what you think about it, the New York Knicks have traded for Derrick Rose, and he now joins the point guard rotation of Elfrid Payton and Immanuel Quickley.

If you’ve logged on to Twitter this season after a Knicks game, you’ve likely seen fans calling for Payton’s head replacement in the starting lineup with the younger Quickley. Rose might compound the issue, adding another veteran to get in the way of Quickley’s playing time and development.

The natural next step is to move the odd man out, and that doesn’t mean the 21-year-old point guard of the future.

Before getting into destinations for Payton, it should be noted that in his first game with the team this season, Rose came off the bench, played the same amount of minutes as Quickley (20), while the starting Payton played 27.

And yes, before checking my Twitter mentions, I know as a recently signed player he can’t be traded for three months. February 27th, but who’s counting?

What are teams getting if they trade for Payton?

If you’re like me and listen to way too many podcasts, you’ll remember back to the 2015 All-Star Game when The Ringer’s Bill Simmons (formerly Grantland) interviewed the Orlando Magic’s starting backcourt—Payton and Victor Oladipo.

He ends the episode by talking about how the Louisiana-Lafayette product will enjoy a long, fruitful career throwing alley-oops to the athletic Oladipo.

Fast-forward seven seasons, and while it hasn’t exactly panned out that way, Payton is the prototypical pass-first point guard who looks for his teammates first, doesn’t excel at scoring, and, in theory, defends his position well.

Since his sophomore season, Payton has been in the top third among point guards in assist percentage, according to Cleaning the Glass—except for this season, where he ranks in the bottom 21st percentile.

Finally, when using PBP Stats’ metrics, only Austin Rivers and Mitchell Robinson see an increase in their value when Payton steps on the court. Every other teammate with serious minutes is in the negative.

From a raw point of view, Payton has dropped from 7.2 assists per game last season to 3.7 this season, despite playing more minutes than in 2019–20.

A receiving team in a trade will hope to get the pass-first distributor to which Bill Simmons thought he was speaking, not the underwhelming starting guard from this strange season.

Considering this is a down season for Payton, the Knicks would be initiating a trade looking for a team to take on the guard.

Luckily for the Knicks, he’s only making $5.76 million this season, and it’s nowhere near a huge contract that needs to be “dumped” alongside an asset.

There are two types of trade partners here: those looking to make a run in the playoffs who could do with the additional depth at the lead guard spot and those who need someone at point guard just to fill a hole.

The first team on the list fits the former category.

A trade that would work here is Payton and the Pistons’ 2021 second-round pick for Anfernee Simons and C.J. Elleby.

“Wait, what?! Who the heck is C.J. Elleby? And we’re giving up a likely high second-round pick to move off of Elf,” a disgruntled Knicks fan yells in some dimly lit bar.

The theory of this trade is that Portland gets a more established backup point guard behind Lillard, who doesn’t have to play a serious role as the main guard. Payton would take a serious cut in minutes when the team is healthy, and he hopefully replaces the playmaking McCollum brings while he recovers from his broken foot.

New York gets a fresh look at the 21-year-old Simons, who still has two seasons remaining on his rookie deal before becoming a restricted free agent in the summer of 2022. The Knicks give up a somewhat valuable pick here since Simons still has that gleam of an enticing prospect after continuously lighting up the Summer League.

There’s a segment of fans who want the Clippers to trade for an upgrade at the point guard position. There’s also a segment who thinks Patrick Beverley is the ideal lead guard next to two ball-dominant wings in Kawhi Leonard and Paul George. These two trades should make both parties happy.

The first would send Payton to L.A. in exchange for Reggie Jackson and Mfiondu Kabengele. The idea from the Clippers’ side is to bolster their depth and give the team a different angle at the lead guard position, going from a catch-and-shoot defender in Beverly to a pass-first “defender” in Payton.

From New York’s side, they’re happy to clear the logjam at point guard (assuming Jackson is waived immediately) and they get to see what they have with the 23-year-old Kabengele.

Also, who wouldn’t want to see Walt Frazier try and rhyme something with Mfiondu or Kabengele?

It’s important to note that if New York receives a veteran point guard in return, they can just waive them and take the hit of their salary this season given they have plenty of cap space to go around.

If the team, for whatever reason, doesn’t want to waive the returning point guard then hopefully they take a backseat to Rose and IQ in the rotation. There’s no need to start the incoming guard, especially if they’re worse than Elfrid Payton on paper.

The second is Payton for Lou Williams. At 34 years old, Lou Will is entering the twilight of his career, and he was constantly exposed on the defensive end in last year’s playoffs against the Denver Nuggets, as a scorching hot Jamal Murray and Nikola Jokic went to the all-you-can-eat buffet of Williams and Montrezl Harrell defending the pick-and-roll.

That said, Williams can still create his own shot and has a role on a contender as an injection of offense here and there. Payton is not that.

Elfrid Payton for Jeff Teague and Boston’s own 2021 second-round pick.

The Knicks can either keep the incoming Teague around or waive him, while Boston gets a slight upgrade over the 32-year-old who’s shooting 32% from the field this season.

Boston should’ve known he was going to shoot poorly when he showed up to training camp with a number in the 50s. That’s a sure-fire way to measure washed-upness (now that I’ve said it, you won’t be able to unsee it).

This would be a bit of a dump for the Knicks, who get to clean their hands of the Payton experience and move forward with Rose and Quickley for 48 minutes a night.

Is it too optimistic to assume Rose is playing every night?

Lump him into something bigger

If those three trades don’t excite you much, that’s fair enough. Harking back to the top of the article, Payton is registering a career-worst in some major categories this season, and the sample size is big enough to scare teams.

The Knicks would essentially be selling their GameStop stock today, moving him at an all-time low in terms of value.

Maybe the next best thing is to knock off two birds with one stone: they can clear up their point guard logjam and take on larger salaries alongside assets. While one “bird” in becoming a destination for salary dumps might not be on the table, there isn’t much of a market for Payton alone right now.

In The Knicks Wall’s season predictions article, my bold prediction was that the Knicks end up trading for Eric Gordon, with the idea being Tilman Fertitta saves some of his valuable cash. These may be unprecedented times, but the Houston Rockets did just dodge the luxury tax in the James Harden trade, and Gordon’s contract is looking pretty big for the future.

Are the Charlotte Hornets scared of Devonte’ Graham’s upcoming free agency? Why not send him to New York to get paid?

Does Sacramento want to move on from Cory Joseph, get younger, and save on the $2.4 million guaranteed he’s owed for next season?

According to SNY’s Ian Begley, after the Rose trade, there was one team that showed interest in Elfrid Payton, so there’s someone out there. We might just find out on February 27th who it is.