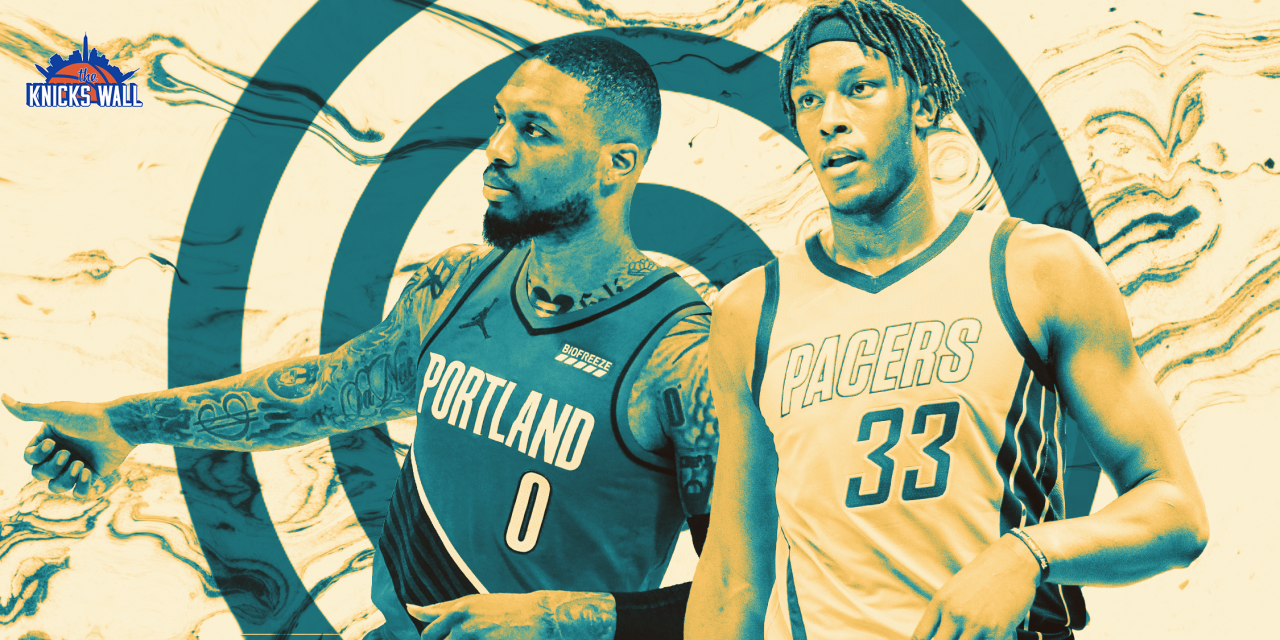 With the opening fifth of the season complete, the Knicks have some glaring needs they could possibly address via the trade market.

It is nearly impossible to be a Knicks fan and not get caught up by the rampant trade rumors that surround the team year in and year out, regardless of the record. That is only going to increase as the Knicks’ start to the season has been inconsistent at best. On any given night in the ever-growing world of Knicks Twitter, you will see fake trades of everyone from Julius Randle and RJ Barrett to rookies that have barely gotten on the court.

Everybody thinks they can make the Knicks better, but it all comes down to what those tasked with that job will do. So far, Leon Rose has a pretty solid track record with the Knicks fanbase at large, but that patience may be running out if struggles continue and no moves are made.

A case can be made that the Knicks’ best course of action would be to stand still and hope that the positives demonstrated last year play out with improvement from Randle and a more sustainable leap from Barrett. However, if the Knicks are to be active as the team approaches the February 10th trade deadline, there will be no shortage of targets for them to pursue. When looking at who may be available, there are a few variables to consider.

When looking through the history of trades, you can see common threads for what types of teams are the common sellers. Will a team that is at the bottom of the barrel be willing to get rid of role players to commit to the tank? There could always be a disappointing team, resulting in a fire sale or a max contract player asking for a trade. Sometimes the planets align for the right situation to get help for a playoff push, and other times a struggling team can panic and force a move with significant long-term repercussions.

So let’s get to some of the potential candidates that the Knicks could target to bolster this roster, looking to get back into the playoffs for the second straight year, and supplement their young core with pieces to help both the present and the future.

This tier is pretty simple: an All-Star player asks for a trade and the Knicks put all of their chips in to make a move to win a title. This could be complicated and would have to include RJ Barrett, but the right player could make that worth it.

This player would be a starter that could be an improvement now, but also be a long-term player to help build around. This would be a player that requires an important trade haul but would not have to include RJ Barrett. This is a package that could be built around someone like Mitchell Robinson or Obi Toppin and draft packages with salary to match.

As mentioned earlier, the Knicks are an above league average three-point shooting team, with the majority of those three-point attempts coming from the starting lineup. The bench gets the majority of its shooting from Immanuel Quickley and Alec Burks who are averaging 8.9 and 9.8 points per game, respectively. Could the bench be bolstered more? Yes. More so than if it could, could it be done for cheap? These players could potentially be acquired for a much cheaper price from teams no longer trying to compete or looking for a wholesale change.

Kevin Huerter: Huerter is the youngest of these players and while the Hawks did just sign him to a $65 million extension over the next four years, there may be too many cooks in the kitchen. Not only has Huerter’s scoring decreased from last year to this, but he has also gone down two shot attempts per game and a full six minutes a game. If the Hawks decide the fit is not there and they want to move on, the Knicks should be jumping at the call to take on another shooter to add to the bench.

Eric Gordon: Of all the teams that could look to move on from role players, no team would benefit from it more than the Houston Rockets. In the past draft, the Rockets added four players within the top 24 picks. Those players are fighting for playing time along with young players like Kenyon Martin Jr. and Kevin Porter Jr. Rockets fans would be the first to tell you they don’t want to see Eric Gordon taking up time on the court for a team that needs to be prioritizing the future. While Gordon still has a couple of years left on his $18-plus million contract annually, he is still a valuable asset off the bench and can produce at a high level. Gordon is shooting 42% for three from deep on five attempts per game and would be another player that can get off his own shot.

We're going to OT in Houston!

Terrence Ross: If you have watched a game between the Magic and the Knicks in the last few years, you are more than familiar with Terrence Ross’ game. He always seems to go off against the Knicks, but that is something that could be useful on the other side. The Magic are another team on the rebuild that needs to prioritize the youth movement. If Ross is moved to clear space in Orlando, the Knicks should jump at the chance to get a microwave scorer off the bench.

It remains to be seen what the Knicks will do, and even more time will have to go by to determine if the right call is made. It is clear, however, that this is a team with options and choices and Leon Rose will get a chance to make a move as big as he would like. While the Knicks chase their successes from last year, there are guys they can pursue to help that journey but also players to help the long-term chances of this team. The rumblings and rumors will only get louder as the trade deadline approaches and that should be an extremely intriguing prospect to Knicks fans everywhere.