Who Could the Knicks Target in the Draft Using Their Later Picks as Trade Bait? 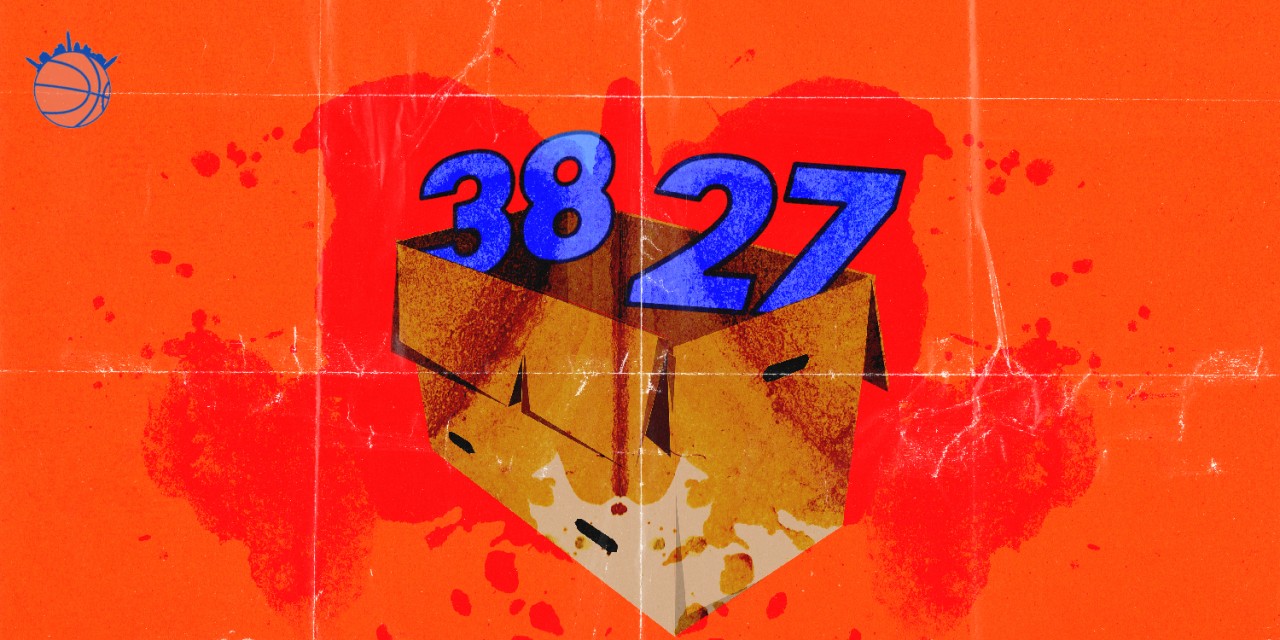 The Knicks could trade back or use their late picks to package for a mid-first-round selection. Here are some choices for the rebuilding team.

Opportunity comes to the prepared mind are the wise words of the investing Yoda, Charlie Munger, and a message that should be embedded in the minds of the New York Knicks brass. Unlike Munger, the Knicks have not prospered for decades on end. For the better part of five years the team has been running in place, publicly claiming a patient rebuild but quietly plotting their next big move.

At some point the front office has to start to take measured shots in favorable positions. Over the next two drafts the Knicks are in a favorable position with a pair of first-round picks in each. Leon Rose could opt to utilize all those picks, but to switch New York sports briefly, ask Jets fans their thoughts on the “Idzik 12.”

LaMelo Ball is the trade a lot of fans would like to see, but moving into the top three may prove too costly. A more prudent trade would be moving into the backend of the lottery/middle of the first round. The last time a draft was this unpredictable was 2013. Anthony Bennett infamously went first in that draft, but the larger takeaway was the solid players taken outside the top 10. Most famous among them was Giannis Antetokunmpo at 15, but Steven Adams, Dennis Schröder, and Rudy Gobert came off the board later in the draft.

The same could be true for 2020. The sweet spot of this class appears to be the middle, where teams can add a player who can help in the immediate term, or get a longer-term prospect with substantial upside. Due to the enigmatic nature of this draft, if you are convinced a prospect fits your team, go get him.

There are a plethora of options available for the Knicks, who need just about everything at the moment. The only variable is what the team’s plans for next season are. Who they trade up for would provide some clarity on that question.

As stated at the top, Knicks brass may tout the patient rebuild, but Rose did not give up the super-agent life to oversee a tedious process. For skeptics doubting the Knicks’ willingness to slowly build a winner, a trade up for a young player who could help in the immediate and future is the great compromise.

Saddiq Bey is the prospect that jumps out the most in this scenario. The highest priority for the team is to add shooting—Bey is a marksman who would fit seamlessly into any lineup combination Tom Thibodeau could think of. In his final season at Villanova Bey shot a superb 45.1% on a healthy 5.6 three-point attempts per game. In congruence with the strong percentages, Bey also passes the eye test. His clean release is reminiscent of Buddy Hield’s, but the more apt comparison for Bey would be Robert Covington or Tobias Harris, mainly due to his defensive awareness. Bey is a smart defender who can switch seamlessly, and Thibodeau would make sure he did not thirst for playing time.

On the other end of the high efficiency three-point shooting spectrum is Vanderbilt’s Aaron Nesmith. The sophomore wing out of Vanderbilt had his season cut short due to a foot injury. Nesmith shot an outlandish 52.2% from deep and 51.2% from the field and is among the best shooters in his class—if not the best.

He isn’t the defender Bey is, not even close, but the impressive shooting could be worth adding to a team starving for shots. He can give the Knicks their first microwave scorer since J.R. Smith was in town. Adding a willing shooter like Nesmith also opens those congested lanes R.J. Barrett so often saw in front of him last season.

Another area of immediate need is the guard position. The Knicks have been searching for a guard longer than the internet has been a thing, so this isn’t some sudden discovery. If the picks fall a certain way in the lottery portion of the draft, this can be addressed with Killian Hayes or LaMelo Ball. But for argument’s sake, if Devin Vassell is the pick at eight, the team can move back in the first round for two intriguing SEC guards: Kira Lewis and Tyrese Maxey.

Lewis’ appeal is his speed and general athleticism. One thing Thibodeau should look to do next season is run. Last season’s offense was slow and plodding with unwatchable iso sets featuring players who will never be confused for Carmelo Anthony. Lewis knows firsthand the pitfalls of playing in a plodding offense, and was freed of that in his final season at Alabama under Nate Oats.

Playing in an uptempo offense, Lewis saw his points per game bump up from 13.5 as a freshman to 18.5 as a sophomore. His shooting percentages are solid, including a modest 36.6% from deep. The only question attached to Lewis is his feel for the game. He would give Thibodeau an uber-athletic guard again, but is he ready to be the lead guard from day one?

That same question can be asked of Tyrese Maxey, who is sure to have an ally in his former coach Kenny Payne. Maxey is a charismatic bulldog who is a lot better than his paltry stat line suggests. Maxey could prove to be the better option for the simple reason that he played off the ball for Kentucky, and is more than capable of handling the ball if that is what’s being asked.

Despite low shooting percentages if you watched Maxey at all, you noticed great touch near the rim. He was also efficient in generating his own shot, ranking well against his fellow college prospects.

On the right is each player's percentile rank among NCAA in Shot Creation pic.twitter.com/ipzK0p9aLh

At Kentucky he often took on the toughest defensive assignment, only adding to his case. Maxey would need time before he can become a bona fide lead guard, but his versatility frees Thibodeau up to experiment with a guard who is 10 toes down on defense.

The parallels to the 2013 draft can become even stronger if Aleksej Pokuševski, who will be referred to simply as “Poku,” is the pick. Poku is this draft’s international man of mystery. Half of his games look like high school matches recorded on security cameras, but this seven-footer can ball, and could be the best player in this class when we look back in five years.

Yes, next week is finally Poku week for the Draft Dummies!
He's an issue every time he pulls down a REB w/ his IQ, skill level, and brash confidence. Great grab & go guy + good feel as an outlet passer. Here he displays the ability to hit the TE seam route & the deep hail mary😂 pic.twitter.com/KlWrOMCGwG

I know, the Kristaps Porzingis jokes would come with Poku in New York, but there aren’t many similarities between Poku and KP other than they are lanky and white. Poku is much more fluid than Porzingis, while doing many of the same things that got Porzingis called a unicorn: Poku can put the ball on the floor, take it to the rim, pass, spot up—literally everything.

The catch with Poku is he will need at least a year to grow into his body. At 7’0”, 201 pounds, Poku is built like Slim from A Bug’s Life. If he can take a year to hone his skills and beef up, the Knicks could once again say they have a unicorn on their roster.

Patrick Williams isn’t a unicorn, but he’s worth investing in all the same. Williams would be able to get main roster minutes from day one, but will not become a key cog until a few years. The 18-year-old came off the bench for Florida State last season and projects to be a defensive menace, with the tools to become a two-way threat and the type of complement needed alongside Mitchell Robinson. Williams brings the same type of energy that his teammate Vassell has when he’s on the floor.

Dominant defensive possession by Patrick Williams.
He swithces on the perimeter, contains the penetration using effectively his lenght (his feet are always too heavy tho) and forces the baseline. Then he gets the block with an impressive rim rotation

Great awareness for his age pic.twitter.com/yrwqtNJRTC

Williams, similar to Poku, could go much higher than expected for this very reason. A young combo forward with a high ceiling is difficult to pass up.

Lastly, there is Cole Anthony. Anthony has been linked to New York since he emerged as a talented basketball player. You don’t have to go through the usual six degrees of separation to formulate a reason for Anthony and the Knicks to have mutual interest. Anthony’s father, Greg, is more than enough.

Anthony struggled on one of the worst North Carolina teams in recent memory. It was not because of Anthony, who missed significant time with a knee injury, but the pieces around him. Clogged lanes and crowded halfcourts were a common sight. He shot an icy 38.0% from the field and struggled mostly inside the arc; beyond the arc Anthony shot 34.8% with limitless range.

His ability to pull up from anywhere on the floor would lead you to believe he would be a better fit in New York than he was in college. While this may be partly true, Anthony would experience much of what Barrett did last season—limited space to operate and some ugly shooting nights.

Where Anthony becomes more appealing is if he is brought on to be an understudy. He puts in the work, and when you see him play, he brings a relentless mentality that made Barrett a favorite among Knicks fans. Energy aside, Anthony does have work to do to become a lead guard. He averaged 4.0 assists for UNC, and looks more comfortable creating for himself at this stage, although there are flashes of some nice dimes.

If Rose could finesse a Chris Paul trade or sign someone like Fred VanVleet, Anthony could learn for a few seasons and the patience could pay off. Both of those scenarios feel like wishful thinking, which is why I believe Anthony may surprise some of his current critics, but he is not a strong match with his hometown team.

An ever-moving draft date will keep everyone’s plans fluid. For teams like the Knicks, who have nothing else to do, they should use this time to deep dive. Blockbuster trades don’t seem to be in the cards. It’s time to take some measured shots.

»READ: Is Patrick Williams the project worth trading up for?