Who Should the Knicks Pick in the Second Round of the NBA Draft? 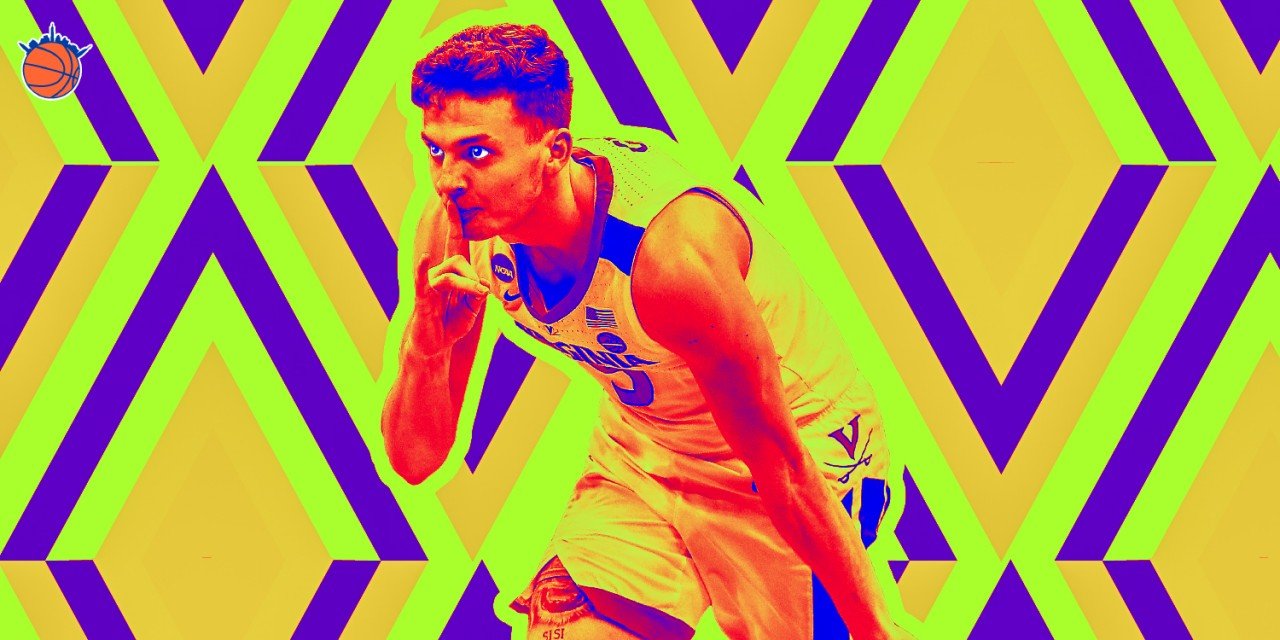 The Knicks have hit in recent years with Damyean Dotson and Mitchell Robinson in the second round of the draft, but with the sixth-to-last pick they’ll be presented with a difficult choice.

In last five years, the New York Knicks have found themselves in an advantageous range in the second round, picking 36, 44, and 34, respectively, in those three drafts.

This year, however, the Knicks are in the basement with their lone second-round selection coming in at no. 55.

The last time the Knicks were this low, their pick was…Dijon Thompson. The players selected after him? Marcin Gortat and Amir Johnson. To be fair, that 2005 draft class didn’t have much hand-wringing. Similarly, the 2019 class doesn’t jump out at you as being filled to the brim with potential steals. Nonetheless, that doesn’t mean the Knicks can’t find a gem who could immediately be a part of the long-term commitment to development and rebuilding.

Assuming New York fails to secure the priority free agents and commit to an all-in rebuild, the decision for pick no. 55 becomes two-fold: which prospect is likely to have a Kadeem Allen–esque Summer League showing? And secondly, which prospect, in his current state, will benefit most from developing alongside his positional teammates.

The latter is most important, because the Knicks must prove that they are now a franchise capable of nurturing legitimate talent.

In the last couple weeks, the new regime has cast a wide net among the draft prospects. To filter through the hodgepodge of names on the board, here are the top four guys who have made cases as solid second-rounders.

The 23-year-old guard was quietly an integral piece to the Wildcats winning it all in twice in his five-year career. Booth participated in the G League Elite Camp, hoping to secure a spot in the Draft Combine. Unfortunately, without that spot, we have no specifics on what his metrics are.

Generally speaking though, Booth is a quintessential WYSIWYG prospect. He’s not flashy or particularly quick like Allonzo Trier. He doesn’t do any one thing incredibly well, but he plays within his range. Booth’s best strength is his pull-up from downtown. In the Big East, he finished in the top five for three-point shooting and fourth for three-point percentage at 36.7%. With a smooth, fluid motion, he adds precision from the beyond the arc.

What he lacks in showmanship, Booth more than makes up for it with his strength. Combined with craftiness, Booth is often able to barrel his way into the paint for easy buckets, much in the way that now-champion Raptors’ (and fellow Wildcat alum) Kyle Lowry does. Giving Nova 18.6 points per game on 43% shooting overall is what one would expect from a senior.

Booth fits the Knicks due to his experience and I.Q. Similar to Kadeem Allen, Phil Booth is primed to have a great showing in the Summer League. With the Knicks focused on upping their attempts from long-distance per game (29.5 in 2018–19 from 23.3 in 2017–18, per ESPN), one more shooter can’t hurt.

On the other side of the ball, you don’t play under Jay Wright for five years and not leave as a decent defender. Booth may a liability because he’s a smaller guard. The Knicks really only have maybe Damyean Dotson in the back as a complement to pair Booth with. But he is capable of playing long and tall. When you’re undersized in the NBA, the counter-punch is effort and hustle. The Knicks will get both with Booth.

The 7-foot-7 center, ranked 88th on The Athletic’s Sam Vecenie’s Big Board had a big moment on the national stage when he proclaimed that Duke phenom Zion Williamson couldn’t dunk on him. Tacko may have kept his word on that, but we remember the stamp on that battle.

One of the obvious markers of Fall’s success at the collegiate level is how he literally towers over the opposing defense. As a senior, he bolstered a team-high 74.8% overall shooting. So many of his points come at the rim simply because you can’t contain Tacko Fall. As a defender, his length frustrates guys and wears them down. FiveThirtyEight discussed Fall’s unique ability as a defender in greater detail:

His imposing size and width had made players think twice about driving to the cup. Do you know who else puts fear in shooters? Mitchell Robinson.

A frontcourt of Robinson and Fall flips the Knicks into a stout interior defense. The main weakness of Fall is that for all of the physical gifts he possesses, he lacks athleticism. He’s flat-footed and very slow. His inability to run the floor keeps the Knicks at a disadvantage in a faster paced league. The strikes against him are legitimate. But in stretches, Tacko Fall suffices as Mitchell Robinson–lite on the floor with the team’s second unit.

The 6’4″ guard out of the SEC was in New York last week for a workout, where he said David Fizdale encouraged effort: “He was just telling us to bring effort. They didn’t want to coach effort. He was telling us to play hard.”

Weatherspoon has speed in the open court and confidence pulling up from mid-range. His high releases helped establish him as a threat from long distance. Weatherspoon completed his NCAA career as a 40 percent shooter from three. He has the consistent stroke of a veteran role player.

Weatherspoon’s most attractive asset is distributing the ball. Averaging 2.8 assists per game in his senior campaign, he has NBA-caliber court vision. Weatherspoon showcased those dimes at the Draft Combine in Chicago. Additionally, Weatherspoon is capable of guarding multiple positions. Sporting a 6-9 wingspan, the Knicks can use him similar to how Damyean Dotson is used. He can bring the ball up as well as put a body on some of the smaller 3s. From the Knicks’ perspective, Weatherspoon is a utility player who will give you effective, frenetic minutes when games are so close to be won.

It’s a head-scratcher as to why the Knicks haven’t brought in Brissy. He’s right behind Weatherspoon on Vecenie’s Big Board at 62. Standing 6-foot-8 with a seven-foot wingspan, he seems like a player worth looking at for a team who is weak on the wing. Brissett is another Canadian export who found himself in a position that didn’t necessarily highlight his skill set. Cuse’s offensive scheme is centered around ball movement and catch-and-shoot threes. That’s not who Brissy is. He’s athletic and has worked on his burst off the dribble.

Notably, Brissett improved his shot selection as a sophomore, using his first step to drive hard instead of settling for jumpers.

In two seasons in the frozen tundra, Brissett averaged 8.2 boards. He nabbed nearly nine boards per game as a freshman (Sports-Reference). For the Knicks, drafting a taller wing means another body to hit the boards.

As in many statistical categories, the Knicks were towards the league’s bottom in rebounds. Brissett brings that much-needed presence to create second-chance point opportunities. He has the tools to be a nice 3-and-D project for the Knicks’ rebuild. Ideally, Brissy is a steal at 55. He’s young enough to be stashed away in the G League in order to hone his offense. But Brissy is decent enough now that they’d be chanting his name from Coney Island by Christmas.

This draft is low on high-profile names later on. Next week, the Knicks’ main responsibility is to add another young talent that will make free agents excited about a future here. The Knicks can go with the unorthodox pick and create their own version of the twin towers—or they can continue the trend of playing a faster pace and select an athletic high flyer.

These four guys are intriguing in their own right. But only one will help the Knicks successfully check off another box on their rebuild to-do list.

»READ: Ja Morant is an electric guard not without questions