Who Should the Knicks Prioritize in the Rotation Until the End of the Season? 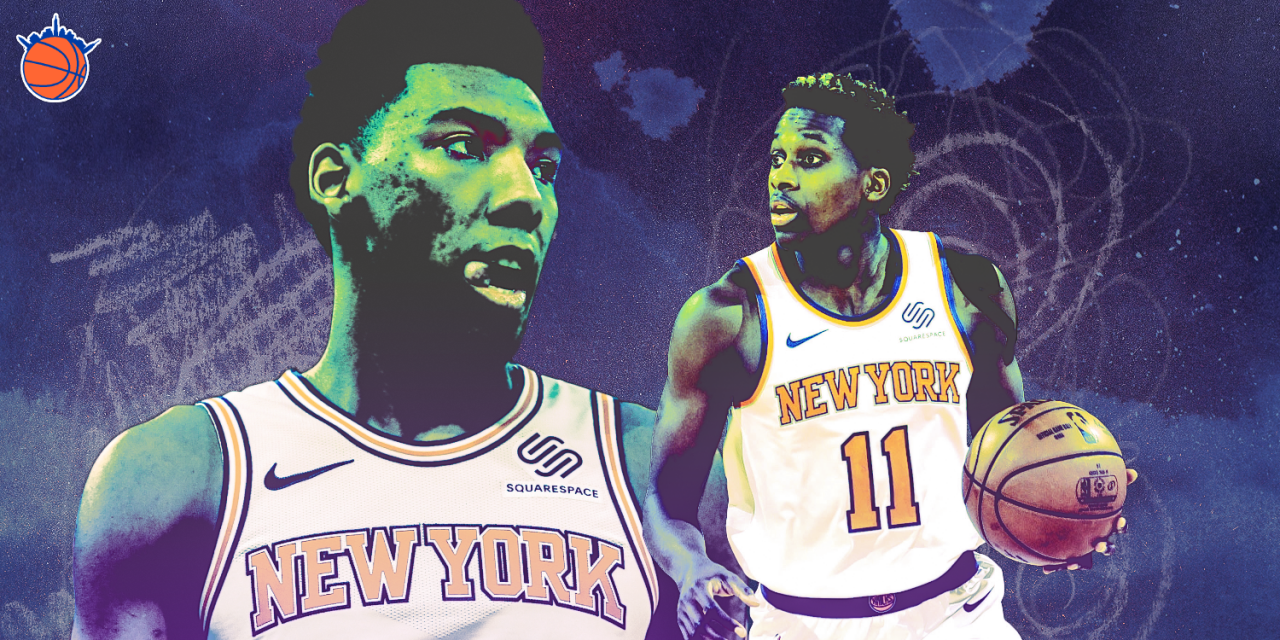 With 25 games left in a dark season, it’s time to take stock of who David Fizdale and the organization need to play together in a rotation filled with young, shaky talent.

It hasn’t been a fun year at Madison Square Garden. The Knicks are mired in a franchise-record 18-game losing streak. New York’s record is 10-47—the worst in the league—the lottery odds are flattened, and the presumed face of the franchise was traded to Dallas. The future of the franchise now rests on the whims of Kevin Durant, Kyrie Irving, and any of the major free agents available this offseason.

By trading Kristaps Porzingis and clearing cap space, the Knicks went from a rebuilding team looking to make a leap to a hopeful title contender as the front office swings for the fences. However, there are still 25 games left in this season. Tim Hardaway Jr., Trey Burke, and Enes Kanter are gone, so what should head coach David Fizdale do with his rotation now?

With Emmanuel Mudiay and Frank Ntilikina hurt, and Noah Vonleh struggling mightily, Fizdale has recently been starting Dennis Smith Jr., Damyean Dotson, Kevin Knox, Mario Hezonja, and DeAndre Jordan, with some variations sprinkled in. Allonzo Trier, Mitchell Robinson, and G League call-up Kadeem Allen have received the lion’s share of the minutes in the second unit, while Lance Thomas and Luke Kornet—who have both been called upon by Fizdale on occasion—have been relegated to the bench.

Developing chemistry between players who will be on the floor next season needs to be the priority. Smith Jr., Ntilikina, Knox, Dotson, Robinson, Trier, and Thomas (partially guaranteed) are under contract for next season. That’s it. Probably Kadeem Allen, too, with how well he’s been playing, but as of right now he’s on a two-way deal.

The Knicks can bring back Mudiay on a $5.76 million qualifying offer, but considering they traded their best player in part to get rid of Hardaway Jr. and Lee’s deals, there’s no chance they keep Mudiay’s cap hold on the books.

Once Mudiay and Ntilikina are healthy, Fizdale is going to have to make some important decisions.

Frank’s minutes have been cut on more than a few occasions this season. However, following reports that the Magic were rebuffed when they inquired about Ntilikina, maybe the front office wants to pair him with the more explosive Smith Jr. Maybe Orlando low-balled them, and they want Frank to recoup some value. Either way, he should be playing—and preferably starting next to Smith.

Whereas Frank is too timid, DSJ can be too aggressive; whereas DSJ can’t defend, Frank does it most consistently. They complete one another.

Give & go from DeAndre to Dennis, and Dennis SMASHES pic.twitter.com/Fqaun1mgZ9

Smith Jr. played more off ball this season next to Luka Doncic, and while he wanted out of Dallas partly due to lack of touches, Frank is much less ball dominant than Doncic. Smith Jr. will be playing off-ball less often, but may be able to make more out of those opportunities after playing with Luka. Both are under contract until at least 2021. Let them grow together.

With their glut of guards, the Knicks are going to have to play small a lot. Dotson plays the 3 often enough—get Hezonja all the way out of here. It was worth bringing him in on a flier this year, and while Mudiay has missed time and Vonleh has struggled recently, Mario hasn’t played like a former lottery pick outside of a few posterizing dunks.

Knox’s future is at the 4; start him there. Don’t play him there exclusively, but let him see what it’s like for the rest the year. He’s going to play a lot no matter where. He’ll get thrown around in some matchups at the 4, but it’s the best way to play our young players together and feeds into Fizdale’s philosophy of switchability and position-less basketball.

Especially when the jump-shot blocking machine known as Mitchell Robinson is in. Robinson should play as much as his propensity for fouling allows—although in that regard he has been better as of late. Whether he or DeAndre Jordan starts doesn’t make much of a difference. The Knicks have reportedly considered bringing Jordan, a friend of Durant, back next season—but regardless, Robinson is sure to learn a thing or two from watching another second-round center who became a major force around the rim.

Already a formidable scorer, Trier should be the first off the bench. He’s the prototypical sixth man capable of coming in and leading the second unit. While he needs to work on becoming a more willing passer, the 23-year-old Trier is more ready than the rest of his young teammates to step into his own role.

That leaves Allen, Thomas, Hezonja, Mudiay, Vonleh, and Kornet. As it stands, all but Thomas will be a free agent at season’s end. Thomas has been a great influence on the locker room, but there’s no reason he should get minutes over anyone else here.

Kornet may be cheap enough to bring back without interfering with the rest of the team’s plans and has played some intriguing minutes next to Robinson, but he’s further down the totem pole than the rest of the young guys.

When the season began, Fizdale talked about guys earning their spots, and Kadeem Allen has done that after a 25-point, six-assist effort against Cleveland. Unfortunately, that makes Mudiay the odd man out. While he’s done nothing to lose his place, other than getting hurt, the reality is, it would be much easier to bring back Allen next year than to re-sign Mudiay.

You can debate exactly how much of Mudiay’s production is good stats on a bad team, but he’s proven that he belongs in the league. The Knicks will probably start him when he returns, but instead, they should focus on the rest of the guards on their roster.

Vonleh, like Mudiay, has reclaimed enough value this season to find a team during the offseason. There’s a public relations argument that it’s not a good look for the Knicks to bench productive players at season’s end, especially when these guys are looking to prove themselves and earn their next contract. But the Knicks gave them a fresh start, and now both can find a new team while New York goes hunting for their elusive great white whales.

The Knicks knew this was a lost season before it began. The hope for a few wins towards the end of the season ran out the door to Dallas, leaving Dennis Smith Jr., a bunch of cap space, a couple draft picks, and too many annoyingly cryptic Instagram stories. The Knicks need to use the time left this season to focus on the young pieces they have left.

No one said the road to Zion is an easy journey, but New York is well on its way.