Why the Knicks Have No Ideal Trade Candidate 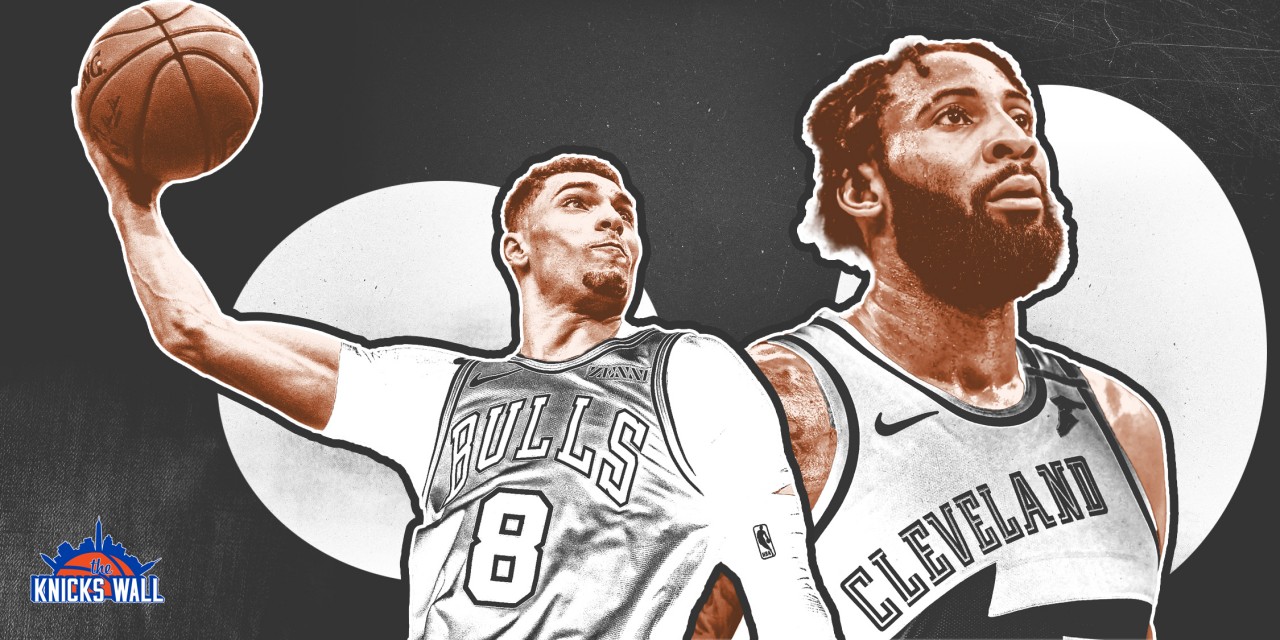 The Knicks are ostensibly buyers at the trade deadline as they see the playoff picture. But there are issues abound with Zach LaVine and more.

For the New York Knicks, things appear closer than they actually are. New York’s stock is on the rise thanks to Julius Randle going from trade piece and annoyance to fan favorite and All-Star in one swoop, R.J. Barrett taking care of business and continuing to grow as a second-year top-three pick, and Immanuel Quickley stealing the heart of the city with each floater and three-pointer. At 18-17, fans are not only thinking about the possibility of playoffs this season but elevating into a true Eastern Conference contender shortly.

Still, the Knicks are a bit far from reaching that goal, which results in anticipation of free agency additions and trade talk. Ideally, the Knicks want to add a superstar—someone who can be dropped right on the top of the roster and form a formidable one-two punch with Randle. While the Knicks’ conversation is about their impressive turnaround, underneath the surface is the conversation of whether the Knicks should move their chips on top talent or not.

However, the Knicks don’t have an ideal trade target on the board at the moment, which could lead to their hesitancy at the deadline.

When you parse through the names New York has been attached to amid trade rumors, the two that stood out the most are Washington’s Bradley Beal and Chicago’s Zach Lavine. Victor Oladipo has been mentioned, but he’s since been traded and could be moved again, consider him more of a free agent target. Like New Orleans’ J.J. Redick and Cleveland’s Andre Drummond, other smaller names are available and mentioned. Still, the Knicks appear interested in making one of the two star guards the next big name added to the roster.

Both Beal and LaVine are going to come at a hefty price for the Knicks. Beal, 27, is the centerpiece in a surging Wizards team, averaging an NBA-leading 33.2 points per game. Criticism of his defense aside, Beal has evolved into a premier scorer in the league and is at the perfect age for the Knicks to acquire. The Wizards have been adamant that he isn’t available, but considering Beal’s contract (one more year before a player option can be exercised for 2022–23), the normal cycle of superstar players suggests the Wizards will have to make a move sooner rather than later.

As for LaVine, 25, the former UCLA swingman has continued his ascension from an athlete to an all-around offensive force. Not only is LaVine averaging a career-high 28.7 points, but chipping in 5.2 rebounds, 5.0 assists, and 44.2% shooting on 8.1 three-point attempts per game, slowly dispelling the myth of being a porous defender. Much like Beal, LaVine could come in right away and offer an all-around offensive threat—both as a shooter and creator—that could elevate the Knicks while not harming their defense. While Beal has another season before his player option, LaVine will be entering a contract year next season, which makes this offseason important for his future.

The Knicks could put a deal together for both, but they can’t really move for them at the moment. The first issue is the price. Both players are All-Stars, which means the Knicks would be paying an exorbitant (but fair!) price. Realistically, the conversation starts with Barrett, but it goes on from there. That means Quickley, Obi Toppin, and a litany of draft picks will be in the conversation, plus the new move of including swap picks; something I’m against. We’re talking about a blockbuster.

The second is the lack of required movement from the trade partner. Both Washington and Chicago are eyeing one of the play-in playoff spots, with the Bulls in the eighth spot and Washington at 12, but winners of eight of their last 10. Even if they decide it’s time to move them, both teams can wait until the offseason, where the market is a bit more open. That could be trouble for the Knicks, as a few more teams entering the picture will drive the price up, at least for the beginning of the bidding war.

Redick and Drummond both fall firmly in the “whatever” category—capable of helping the team, but not one that could force New York to move a key asset or draft pick in a trade. Redick doesn’t offer much as a defender, and his shooting (35.9% on 4.4 three-point attempts in 2020–21) isn’t a fall-off from the constant 40% shooter from three in years past. That said, New Orleans does play with multiple big men who can’t shoot; a true lack of spacing and adding Redick’s ability to offer some gravity could help Barrett and Randle. He would like to be traded from New Orleans, and the Knicks are rumored to be on the list.

As for Drummond, I don’t see the fit, but New York has been interested in him for what feels like forever. The counting stats—17.5 points, 13.5 rebounds, 2.6 assists, 1.6 steals, and 1.2 blocks—have always shined for Drummond, but the issue is it doesn’t impact winning basketball. His shooting (47.4% from the field, 50.0% True Shooting) is disastrous, the Cavaliers are better defensively with him off the floor, and for a rim-running big man, his 51.9% shooting in the restricted area is awful. Add his large contract, and the Knicks should avoid the former UConn center at all costs.

There’s always gray in this situation. The Knicks would be wise to find some value plays in this market—guys who can help in the long run. New Orleans’ Lonzo Ball has played his way off of and onto the trade market in the last few weeks, while his teammate Josh Hart is an interesting player who could boost New York’s wing depth. Rekindling interest in Minnesota’s Malik Beasley would make sense, but a recent suspension could dash those plans.

One small mention? Oklahoma City has no reason to trade him at the moment, but Kenrich Williams—per 36 numbers of 11.6 points, 7.8 rebounds, 3.2 assists, 1.5 steals, and 42.2% three-point shooting—could be an excellent Swiss army knife for New York’s second unit. Williams is a forward, and the Knicks have a handful of forwards, but he’d be a nice piece to land in a trade.

The New York Knicks are slowly moving toward the All-Star break and trade deadline as a playoff team, which will only add fuel to whether they should be buyers. However, with questionable cheap pick-ups like Redick and Drummond and expensive elite adds like Beal and LaVine, the Knicks could be in for a boring trade deadline. The potential players available look like a less than ideal fit due to price and where the team is currently.