Why Not Buy Into the Ignas Brazdeikis Hype? 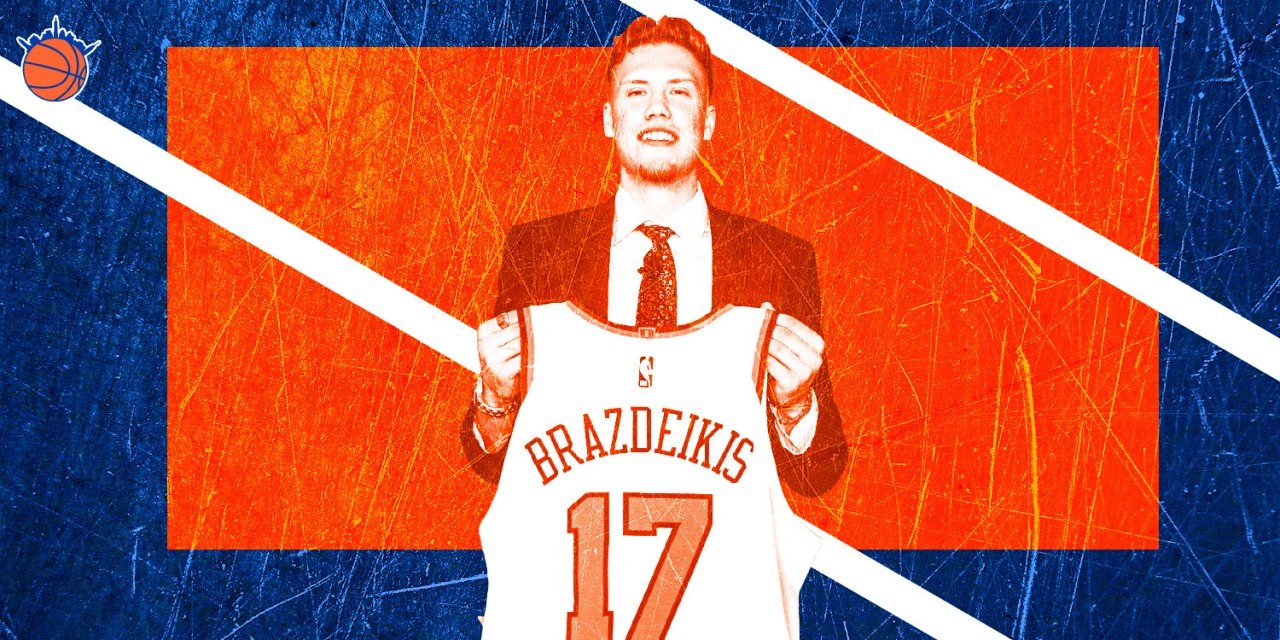 Second-round pick Ignas Brazdeikis certainly has the swagger to take over New York, but the Knicks’ poor track record could derail another career.

Ignas Brazdeikis is a basketball player, and he’s beginning his professional basketball career with the New York Knicks.

Empirically speaking, that’s not a great look. Here’s a quick non-denominational-prayer-hope-whatever moment for the young man who has to pry his paycheck from James Dolan’s union-busting tentacles. Should “Iggy” buck the trend and develop into a consistent, worthwhile NBA talent, he’ll almost certainly be on a different team.

The Knicks are bad, and recent history suggests that this franchise won’t get much, if anything, out of a promising young dude like Brazdeikis.

Kevin Knox is having a Hot Girl Summer, but he also had an all-time bad rookie season; Frank Ntilikina looks busted and uncomfortable; Kristaps Porzingis is gone; Cleanthony Early is out of the league; and Danilo Gallinari won more playoff games last season than the Knicks have won in seven years. New York’s ineptitude and total impetuousness has made a wasteland for developing talents. Are the Knicks cancelled for being terrible, abusive parents?

Strangely enough, the franchise has nailed its past few second-round draft picks. Mitchell Robinson and Damyean Dotson are promising rotation pieces looking toward 2019–20 and beyond. Brazdeikis was taken 47th overall by the Sacramento Kings (the sole team certifiably dumber and more garbage at drafting) before landing in New York via trade. He’s only 20 years old, and he was the first player to score 30 points in this year’s Summer League campaign.

Brazdeikis showed off impressive versatility with his offense this summer: his jumper seems to be translating, and he’s got enough athleticism to make plays off a sharp pump fake and strong first step. He honestly looks big for 6-foot-7 (excuse his charisma). Iggy shot 39.2% from deep in his only season at Michigan, and in an interview with the Detroit Free-Press, he hinted that the Wolverines played him out of position.

A range-y wing, on a team-friendly contract, who can guard multiple positions and doesn’t need the ball in his hands? What if the Knicks somehow don’t mess this up?

I really want to believe in Brazdeikis. He’s a Lithuanian-born, Ontario-raised kid who absolutely proved himself before dipping out of basketball’s most corrupt economy. He’s the only one-and-done player under John Beilein! He shoots with his right but dribbles with his left, which I find endearing and cool?

Other recent Big Ten Rookie of the Year winners include Jaren Jackson Jr., Miles Bridges, D’Angelo Russell, and Gary Harris. Jake Layman was the 47th pick in 2016, and he’s fashioned himself into a solid rotation player; Paul Millsap was the 47th pick and became a perennial All-Star. All I’m saying is…it’s worth giving the man some minutes in the forthcoming wash of a season.

Ironically, Brazdeikis’ Michigan commitment steered R.J. Barrett toward Duke. The future star of the Knicks/very prolific blogger shouted out his fellow Canadian during recruitment. Any production offered from Brazdeikis will ease the burden on the nascent core of Barrett, Knox, Robinson and Dennis Smith Jr. Considering the lack of reliable three-point shooting on the roster right now, perhaps there will be more floor time available than we expect. Yes, the Knicks have a fat logjam along the wings, but Brazdeikis could fit in small-ball lineups—he instantly offers more range than the rest of New York’s bigs, save perhaps for Marcus Morris.

Maybe this guy is a total steal? Maybe it’s August, and maybe the Knicks will render this post completely laughable in just a few months. But Iggy can clearly ball, and his skills make sense in the NBA. If the Knicks are able to compensate for their world-class head-assery with a knack for finding gems in the second-round…well, sign me up I guess.

All in on Iggy, until this silly basketball team gives me a reason not to be.