Why RJ Barrett will Thrive Next to Jalen Brunson 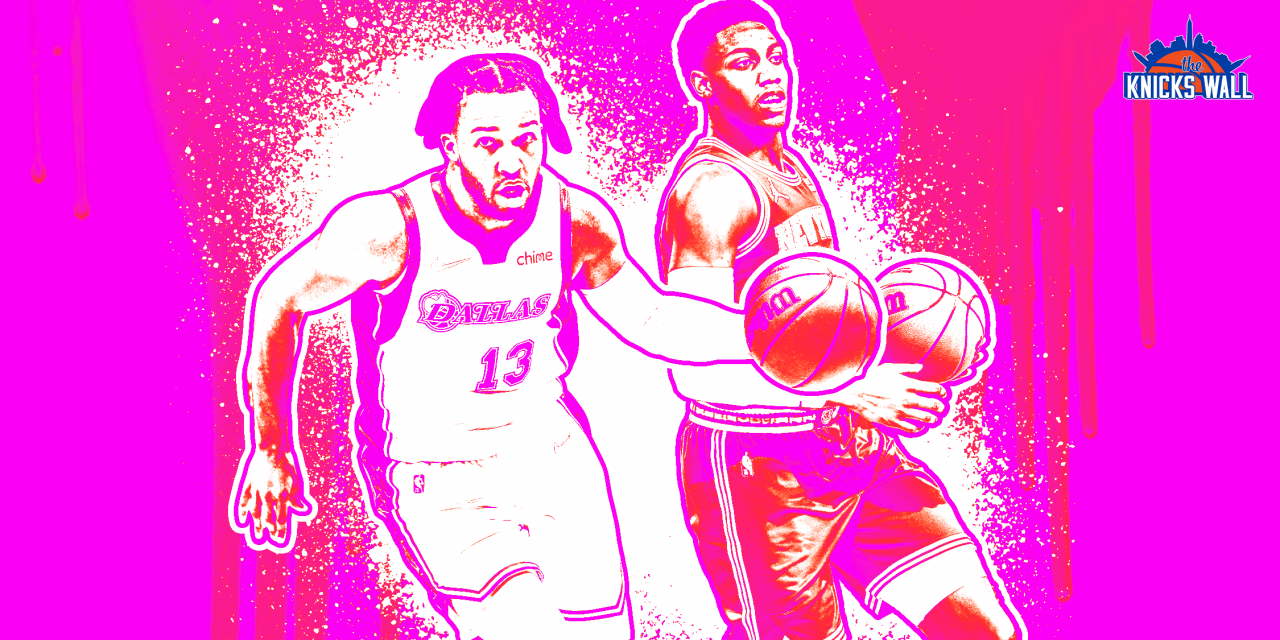 RJ Barrett has grown as a scorer every season despite inconsistent point guard play. Jalen Brunson’s presence should allow him to shine.

RJ Barrett had his best season to date last year when he averaged 20.0 points per game along with 5.8 rebounds and three assists. The former third overall pick’s success is even more remarkable when accounting for the fact that he’s yet to play alongside a true starting point guard.

Barrett played well with the likes of Derrick Rose and Immanuel Quickley, but both served primarily as bench generals who maned successful backup units under coach Tom Thibodeau.

So, what could Barrett’s role look like with a primary ball handler opening up the floor for scoring opportunities?

More of a driver, less of a facilitator

Barrett frequently played off Julius Randle last season as New York lacked a true playmaker in their starting lineup, especially after the Kemba Walker experiment sadly failed and Thibodeau decided to run with Alec Burks at the point. Burks, who was traded to the Detroit Pistons after a solid 2021-22 campaign, was still not the type of ball-handler who complemented cutters like Randle and Mitchell Robinson or catch-and-shoot players like Evan Fournier (and occasionally Barrett).

With the addition of Jalen Brunson to the Knicks’ starting backcourt, we can expect to see Barrett improve his finishing ability at the rim, thanks to his size and intelligence. Barrett is already excellent at getting to the rim (at least 83rd percentile in all three seasons, per Cleaning the Glass), but Brunson’s presence should allow for easier looks.

Barrett also attempted more threes last year—404 up from 309—despite playing 94 fewer minutes. His completion rate dropped, but he stayed aggressive, which could have been due in part to the Knicks’ need for any type of consistent offensive output.

RJ 4/7 from three in the 1st quarter pic.twitter.com/OyketVR9Sm

Barrett was also more aggressive from the field, though his shooting numbers dropped from 45.2% to 44.2% on twos last season. His jump shot wasn’t especially smooth, particularly early in the year and off the dribble. Playing alongside someone to to get him open looks should help these numbers.

Barrett, alongside Randle, was forced to play point forward for much of the season because Thibodeau prioritized Burks’ three-point prowess over Quickley’s ability to organize the offense. It forced Barrett and Randle to become high-volume shooters and playmakers. This was detrimental to Randle’s progress as a former All-Star forward with New York but beneficial for a young player like Barrett who needed reps to figure out what worked for him and what didn’t as a shooter and facilitator.

RJ with the beautiful dime to Obi for the oop — you love to see it pic.twitter.com/dl2X0ZPKwH

Brunson should open the floor and keep Randle, Barrett, and Robinson from clogging lanes—at least a little. Brunson averaged 4.8 assists per game last season, and elevated the play of teammates like Dorian Finney-Smith, a reliable three point threat for the Dallas Mavericks during their playoff run, and Dwight Powell. Hopefully Robinson can catch Brunson lobs too.

Another benefit is Barrett has the chance to grow in his role as an off-the-ball option. Fournier (assuming he’s still on the squad), Randle, and Robinson can serve as three point aficionado, midrange threat, and a catch and dunk center respectively. That leaves Barrett, who is still only 22 years old and has only just started to come into his own.

What’s interesting is both Brunson and Barrett like finishing from the left side of the rim. One can focus the defense’s attention further out of the paint while the other still stands a chance to take advantage on the left side. Both are strong players who can finish through contact. If Barrett is able to finish more at the rim with Brunson controlling the offense, it could allow him to enter the upper-echelon of young scoring threats.

Eating in early offense and transition, power drives off the second-side, and a smattering of pull-up and relocation 3's pic.twitter.com/liV5rsnHRa

This is all to say that we shouldn’t assume Barrett is relegated to being a a third or even fourth option for the Knicks this season. First, it is too early to tell how Thibodeau and his staff plan on utilizing their new point guard. Second, New York may acquire another guard, Donovan Mitchell, before the regular season starts. If that’s the case, then the dynamic between Mitchell and Brunson is an entirely different beast that would need to be figured out before deciding on how to position Barrett.

Third, Barrett may come into training camp and the preseason with new skills to showcase, like better ball handling and facilitating. An improved skillset would make him useful as a point forward alongside Brunson or Mitchell.

Regardless of what happens the rest of this offseason, the Brunson has potential to unlock Barrett and showcase what a third overall pick can look like on a team with a functional offense run by a skilled, patient point guard.