Will Allonzo Trier Be a Part of the Knicks’ Future? 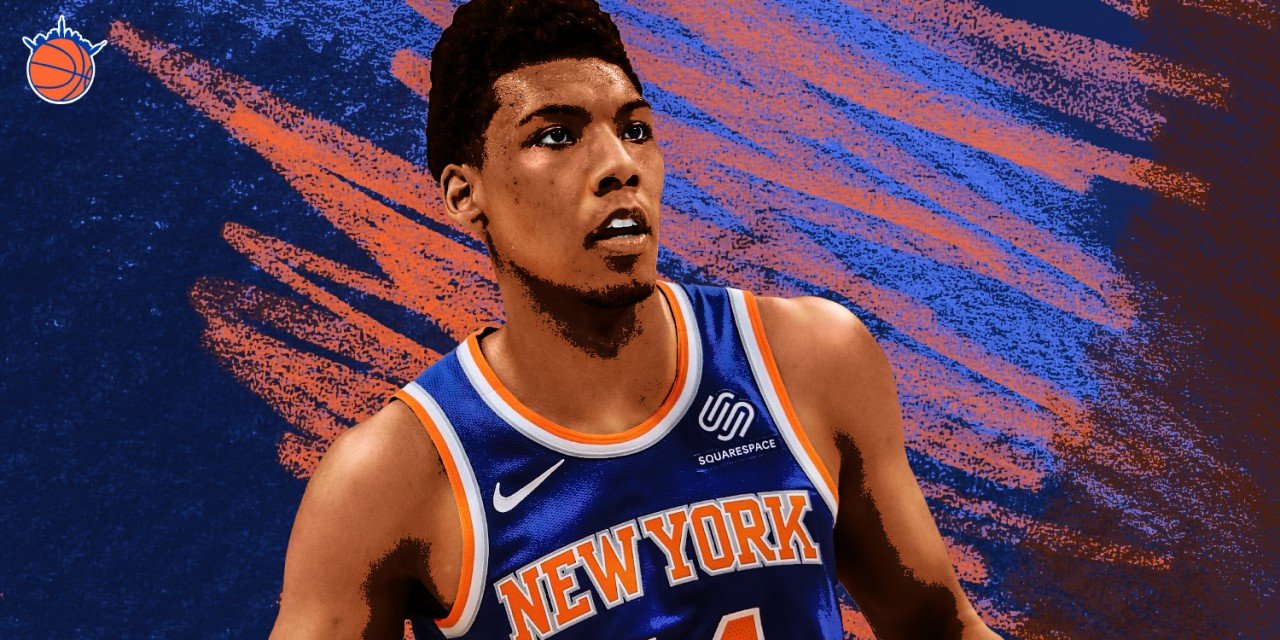 New York’s undrafted free agent was a revelation for the Knicks in his rookie year, but Allonzo Trier has mostly sat on the back burner of the discussion of the team’s future.

There’s something old school to Allonzo Trier’s game. He has the herky-jerky ball-handling style of Allen Iverson—probing for space in the halfcourt and, on the occasions he finds fit, stopping on a dime and pulling up from mid-range.

That Trier scored the 11th-most points and eighth-most points per game—one spot behind Kevin Knox—for rookies while playing the part of an undrafted free agent shows the gamble New York took signing the University of Arizona product paid dividends. Trier signed a two-year deal, with a team option for next year, worth $7 million following the expiration of his two-way G League contract the Knicks inked him to when he went undrafted. The deal is the richest contract signed by a former two-way player, according to Forbes.

Through the 30 teams’ dismissal of Trier during the two rounds of the draft, and the guard’s subsequent signing with the Knicks, the impressive rising sophomore will make more from his contract than two-thirds of the 2018 first-round picks, per NBC Sports Dan Feldman.

After overcoming failed drug tests in college and a lifetime’s dream of being drafted rendered null, Trier has paved a way to become a legitimate role player on the Knicks and in the NBA.

Why aren’t more people talking about the Seattle native?

Possibly due to Mitchell Robinson’s remarkable rookie campaign second half and a solid stretch for New York lottery pick Kevin Knox in the final 15 games, Allonzo Trier has seemingly fallen out of favor in the greater discussion of the Knicks’ future.

While Robinson’s skill set and determination to improve multiple aspects of his game are widely appealing and visibly imagine New York’s starting center for the next decade, Trier is also an extraordinary fit for the franchise. Drawing comparisons to ’90s Knicks legend John Starks—who serves as the team’s director of alumni relations—“Iso Zo,” at 6-foot-5, is positioned to play shooting guard, handle the ball as the floor general, or move to the wing as necessary. Trier only played 73% of his minutes at the 2 guard, according to Basketball-Reference, in his 1,459 minutes as a rookie.

The league stresses malleable positions and emphasizes aligning special skills in collaboration with one another; in layman’s terms, nit-picking players’ strengths and weaknesses matters much less if you instead focus on how the totality of a lineup’s skills—shooting, passing, screening, shot blocking and altering, and broad-picture shot creating—matches up with your opponents’ “best five.”

Allonzo Trier is no stranger to the important building blocks of winning basketball.

Trier shot in the 91st percentile from three-point range among shooting guards, per Cleaning the Glass. Those three-point makes were assisted 61% of the time—the 81st percentile—and 15.2% of his shot attempts drew fouls—in the mind-boggling 94th percentile for the rookie.

Maybe those eye-popping numbers aren’t stable for Trier after the league was put on notice, but Allonzo’s game shouldn’t slow down in his second season.

One area he needs to improve, however, is ball security. Trier turned it over on 15.8% of his possessions, good for the league’s 10th percentile. It’s a hard pill to swallow since we know Trier as Iso Zo, and he does succeed with the ball in his hands. Despite the turnovers, Trier can still flourish as a shot creator and ball handler. Look at how he flourished with Robinson screening, for example.

Back in January, The Knicks Wall staff writer Ty Jordan said this of the combination’s burgeoning relationship:

“The Trier-Robinson pick-and-roll even adheres to Fizdale’s space and pace offense. Letting Trier go to work has been Fizdale’s main method of managing Trier, and it would behoove him to let the rookie guard make decisions on the court. … The pick-and-roll works toward both of their strengths and is a nice foundation for anything Fizdale hopes to build in the future with both rookies involved.”

Even when Trier isn’t the primary facilitator on the court, he makes a difference on the defensive end—maybe not as a key stopper, but a learning NBA rookie. Trier doesn’t force many steals, yet he’s encouraging in his consciousness to not foul opponents (unlike a Robinson or Knox). Trier, along with Robinson, also posted two of the best, albeit not spectacular, Defensive Ratings on the team, especially when you factor in the team’s overall malaise of ineptitude and the total number of minutes and games the two played. Trier, at 108.5, and Robinson, at 108.9, had the best DRtgs for Knicks who played more than 60 games in the pitiful season. Players like Noah Vonleh, Damyean Dotson, and Kevin Knox posted worse raw defensive numbers, and Mario Hezonja and Emmanuel Mudiay, at 58 and 59 games, respectively, were worse, too.

While nobody expects Trier to fill in Tim Hardaway Jr.’s free-wheeling heat check shooter role at the 2 guard, it should surprise no one that Trier could be a deep threat for the team in the immediate future. Alongside Dotson, Trier was the team’s preeminent three-ball threat. As we detailed last month, Trier was notably featured in the wide array of New York’s best lineups. He played the role of penetrator and inside finisher well in lineups devoid of isolation threats (next to the likes of Frank Ntilikina and Knox); he could reliably hit from long range when he slides to the 3 on the court with Mudiay and the partially guaranteed John Jenkins; and he did a little bit of everything in the “kids” lineup with the team’s first and second-round picks of the last two drafts.

It wouldn’t be surprising if Trier isn’t the feature of the Knicks offense to come—we’ve detailed his shortcomings as well as the strong undrafted rookie season for him. But allocating Trier’s minutes as the eighth or ninth player (off the bench) should be rigorously denied, too. Trier was one of the lone bright spots of the Knicks’ season before missing the final 11 games due to a calf injury. While New York has plenty of purging to do this summer—remember, they won 17 games in a “non-tank” year—Trier, nevertheless, should firmly be in the franchise’s future.

If the Knicks play their cards right, they could have another John Starks on their hands. Or, they could cut bait quickly and balk on any decisive action to integrate the player into their plans. With the Knicks, names and players can quickly go out of fashion.