Will Frank Ntilikina Be Staying in New York Past the Trade Deadline? 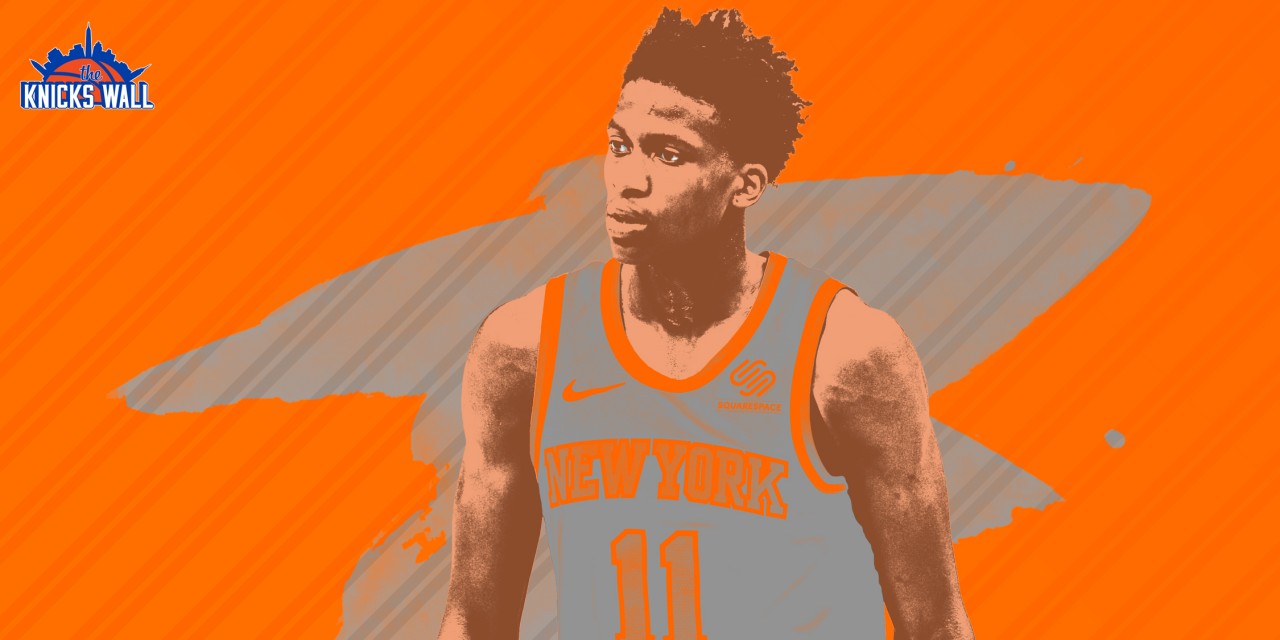 Frank Ntilikina has suddenly turned into a valuable bench contributor for the Knicks, but he may not last another NBA trade deadline.

Four seasons in and we’re still having the same conversations about Frank Ntilikina. Optimists hoped that the former eighth-overall pick would finally find his footing in head coach Tom Thibodeau’s defensive-minded system, but the emergence of Immanuel Quickley, a trade for Derrick Rose, and the prolonged existence of Elfrid Payton kept Ntilikina out of the rotation.

Prior to Payton’s hamstring injury, Ntilikina had only played in the first four games of this season. When the Rose trade broke last month, many (myself included) assumed that Frank’s time with the organization had come to an end. He had been unable to progress offensively at all during his time in New York, and it seemed like the team had given up on trying to make it happen.

Even the most strident believer in Ntilikina saw how the Knicks parting ways with him could easily be to his benefit, an opportunity to start over somewhere without lottery-pick expectations, but the Knicks sent Dennis Smith Jr. to Detroit and Ntilikina stayed sidelined for a bit longer.

Not much longer, however, as Ntilikina returned to the rotation towards the end of February thanks to Payton’s hamstring issue, and the Frenchman remained there through the All-Star break due to some inconclusive COVID-19 tests of Rose.

The question that remains is: Will Ntilikina continue to play now that both Payton and Rose will both presumably be active following the break?

Ntilikina has played well in the minutes he’s received recently, despite some understated box scores. As always, his value shines through in the game’s subtler aspects.


Here he locks up Sacramento’s Buddy Hield off-ball, denying him the ball despite a 12-point lead.

Probably my favorite defensive possession of the game. Ntilikina denies Hield the ball the entire possession. Gibson switches on to Fox and stays in front, forces TO. Burks and Quickley switch under the basket to prevent the mismatch. This is what an elite defense looks like. pic.twitter.com/HUKuGGWoJj

He did the same to the Spurs’ DeMar DeRozan in a blowout loss in San Antonio—though in the interest of honesty he did get torched by Patty Mills a couple of times.

None of this was new, nor has it been enough to keep him on the floor at any other time in his career thus far—and if it was going to be enough this time, then it wouldn’t have taken Payton and Rose being unavailable to get Ntilikina any minutes. Rose is not playing on Thursday against the Milwaukee Bucks—New York’s first game post–All-Star break—and Payton’s status is still to be determined.

The most remarkable difference currently is the efficiency with which Frank has been able to score when picking his spots—which have occasionally come in flurries.


FRANK WITH THE STEPBACK THREE pic.twitter.com/b8iwIwHNvx

While he hasn’t attempted more than seven shots in a game, Ntilikina has been remarkably efficient from three-point range, in particular, since returning to the rotation, making eight of the 12 shots he’s attempted from deep since the Sacramento game (and 13 of 21 triples overall this season, 61.9%).

As someone who invested lots of energy into writing about Frank’s potential as a 3-and-D player, the last couple of weeks feels like an insane fever dream. It wouldn’t be the first time Knicks fans were wrong about Ntilikina’s offense turning a corner, but as he’s been with the Knicks for four seasons already, it’s easy to forget that he’s still only 22 years old.

Julius Randle emerging as an All-Star at 26 seems especially pertinent when discussing Ntilikina’s development. Players “figure it out” at different rates; there’s no reason Ntilikina couldn’t be a competent or even a good shooter. Last year Frank Ntilikina becoming a passable shooter seemed more likely than Randle starting to shoot 40% from deep while averaging 5.5 assists.

The only way to find out is for him to keep playing, yet that’s far from a given. Injuries have stopped any offensive momentum Ntilikina could build in past seasons. Also, Thibodeau is going to play whoever he believes gives them the best shot at winning, and it’s obvious that he thinks that’s Payton.

The trade deadline is later this month, and it’s just as likely that Ntilikina gets traded as it is Payton. Though Frank would probably end up on a rebuilding team that sees him as a reclamation project, whereas a title contender could see Payton as a way to sure up their backup point guard role.

Though every win makes them less likely to sell at the deadline, having Ntilikina waiting in the wings may be enough to convince the front office to see what they can wring out of one of the top-tier teams.

That would bring the Knicks back around to a Rose-Quickley-Ntilikina point guard rotation, having Frank on the court with next to one of them, as well as potentially Randle and R.J. Barrett, takes nearly all the playmaking responsibility off of his shoulders. It would allow him to focus on being a spot-up shooter on offense while conserving energy to better lock up opponents at the other end of the floor.

Assuming they don’t move him, the Knicks are left with 35 regular-season games to decide if they want to retain Ntilikina, whose qualifying offer for the 2021–22 season would be over $8 million. Not bad for a 23-year-old to-be who plays defense and can reliably knock down a three—especially when it means retaining his rights through restricted free agency the following year and not many stars scheduled to become free agents at this year’s end.

Conversely, a third-string point guard who can’t create a shot for himself nor his teammates and kills the team’s already limited space by being a total non-shooter, that version of Frank has no place on the floor or the Knicks’ books.

The coming weeks will telegraph Ntilikina’s future with New York. A return to a steady stream of DNP-CDs or another injury would likely spell the end of the French Prince’s reign in New York City. And after so many years of delayed development, even if he maintains this level of offensive play, Frank may not be able to do enough in the final 35 games (plus playoffs (knock on wood)) to prove to the front office that he needs to be back next season.

Though should he be able to maintain this level of play, don’t be surprised if we’re having this same conversation next year regarding Frank Ntilikina and his impending restricted free agency.