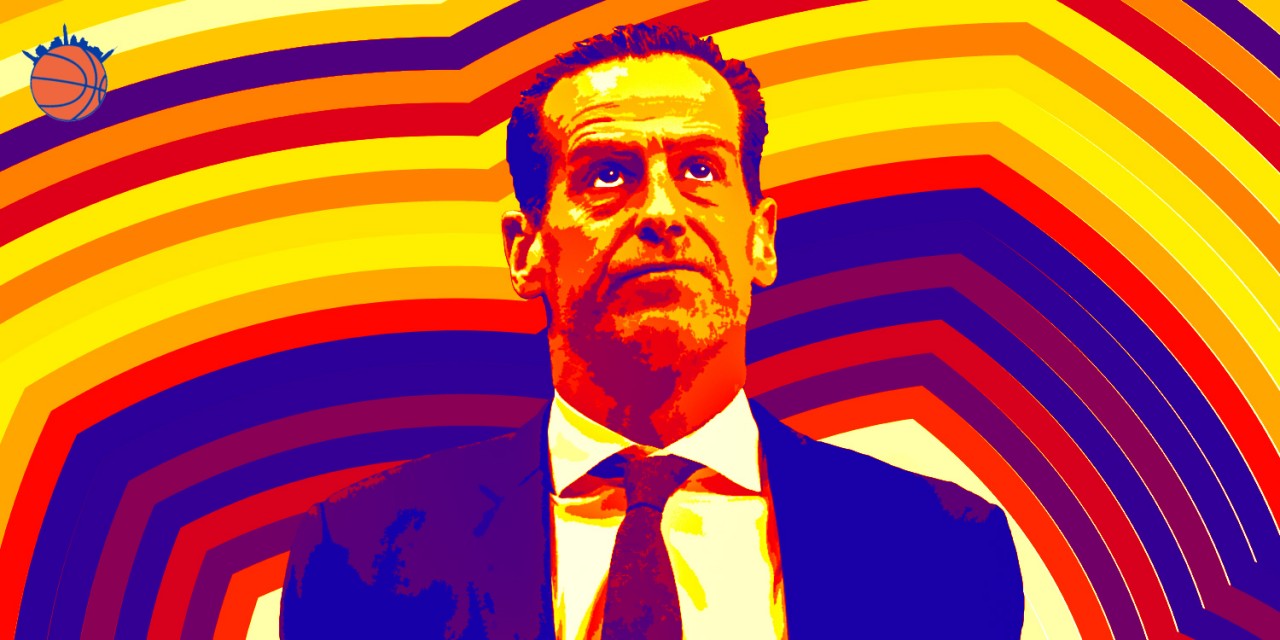 Should the Knicks move on from Mike Miller, they would be hard pressed not to seriously consider dismissed Nets coach Kenny Atkinson.

When the Brooklyn Nets fired coach Kenny Atkinson last week, it came as a shock to the NBA world at large but not to league insiders. Apparently, tensions between Nets newcomers and the incumbent head coach had been simmering for a minute; one of those open secrets that nobody talks about on-air. But to those of us who follow the NBA with no inside connections, it seemed like a curious move to fire the coach who built the culture that landed them two free-agency prizes.

Now with Atkinson, a New York Knicks assistant coach in 2008–12, hitting the open market, he’s sure to be in high demand, and the ‘Bockers should put him at the top of their list for Mike Miller’s replacement.

To state what most have deemed obvious, Miller is not a good coach. He plays lineups with negative spacing, and has David Fizdale syndrome, playing Bobby Portis 25 minutes every night. He holds the young guys in need of time to work through mistakes on a short leash and lets the vets play through their mistakes. He does run a few more spread pick an–rolls than Fizdale, but he’s certainly not the coach the Knicks need moving forward as they prioritize development. The Knicks should turn their attention to the current prize of the coaching market in Atkinson.

Atkinson has a reputation as a “culture” guy, for better or worse. With the Nets, it was both. They deemed he was the best coach to build the organization and grow young players, but not the best to get them over the hump. He hasn’t had the chance to fully prove himself as a playoff coach (his Hawks squads unfairly ran into LeBron James every year in the playoffs), so there is no reason at the moment to believe he isn’t a coach who can get a team over the hump. But the hump is far away for the Knicks, who have been trying to rebuild unsuccessfully for the last five years. The Knicks need a culture and development coach, and new team president Leon Rose should make the executive decision to present Kenny with the offer.

Atkinson should be a familiar face at Madison Square Garden. He was the floor guy, working with players during warmups and practices under the Mike D’Antoni era Knicks. He, like Fizdale was advertised, is a coach who is comfortable working with players individually on skill development. He is clearly popular among players, with many former players publicly questioning the Nets decision to let go of a “GREAT coach,” as DeMarre Carroll put it. He has a track record of helping young players come into their own, finding their game at the NBA speed—most recently with D’Angelo Russell, Caris LeVert, and Jarrett Allen.

But more importantly, he was able to show he can turn around an organization. The Nets went 20-62 his first season with the organization, and two years later, with minimal free agents added, the squad went 42-40, landing them a playoff berth and ultimately the two players who in theory completed their rebuild.

Atkinson started his career in the NBA coaching tree as Director of Player Development for the Rockets in 2007. Then after a year there, and four with the Knicks, he joined the Mike Budenholzer lineage. Acting as an assistant coach for the Hawks from 2012–16, Atkinson worked with guys like Paul Millsap, Jeff Teague, and Al Horford on their games in years in which the Hawks were in steady control of the East outside of the LeBron-led Cavs.

His experience working under two of the coaches who are currently considered among the best in the league gives Atkinson a pedigree that few other coaches on the market have, and the Knicks love pedigree. His track record speaks for itself, so the only questions left are whether Rose is smart enough to see all of this, and whether Atkinson is willing to take on the colossal load of fixing the Knicks.

»READ: Knicks vs. Nets: whose future outlook is brighter?