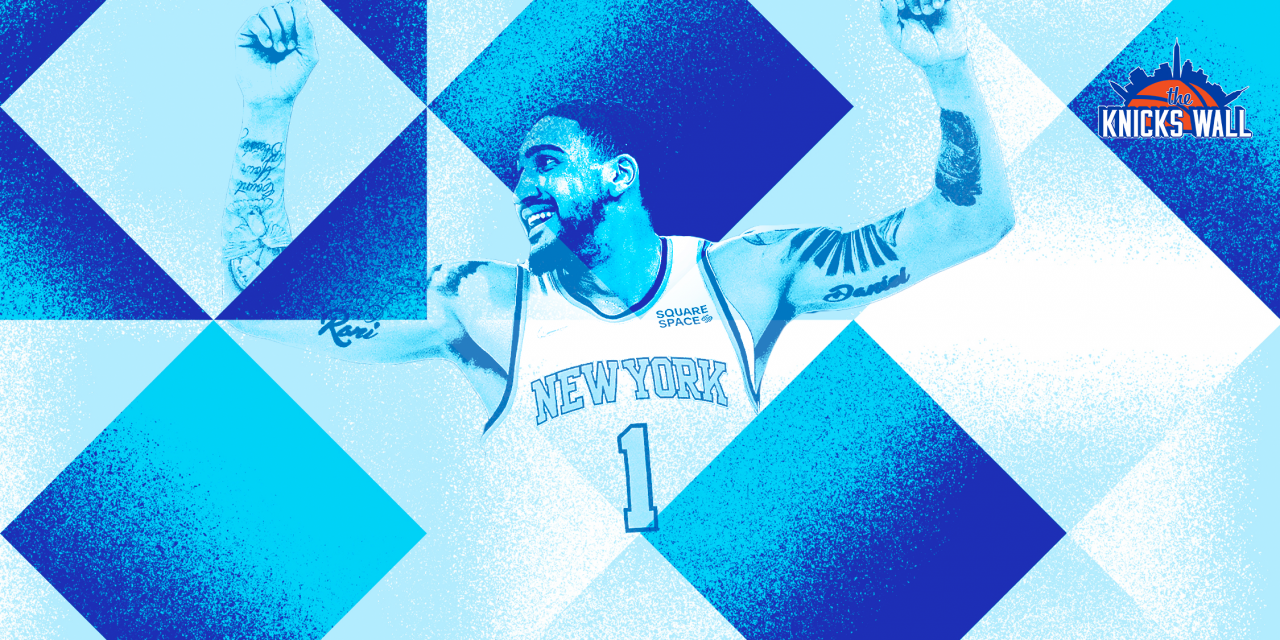 Obi Toppin has increasingly shown that he can be a solid player for the Knicks. Will he showcase even more development in his third NBA season?

For most players, the third season is a crucial one. Good players are often expected to develop into stars while decent players are supposed to show where they plan to be in the league’s hierarchy — whether it be a bench player, a starter, or even out of the league altogether. For better or for worse, most fans, pundits, and analysts view year three as an important season.

When discussing the New York Knicks, the talk will be Immanuel Quickley, who took a successful step forward at the end of last season. Despite the addition of Jalen Brunson and a Donovan Mitchell trade looming, Quickley is viewed as someone who can take another proper leap into a sub-starting guard who can contribute positively on both ends.

For Obi Toppin, the outlook feels a bit cloudy.

This is not to diminish Toppin’s late-season flurry last year (27.2 points, 6.2 rebounds, 2.8 assists, 68.9 TS% in five games in April), but with Julius Randle still entrenched as the team’s starter and head coach Tom Thibodeau allergic to playing the two together, Toppin feels slotted in for a straight backup role, which could stand for somewhere between 18 to 25 minutes per game.

Is that bad? No, but it’s not what you want. Toppin, who at times looked visibly frustrated with Thibodeau’s lack of trust with him last season, enters this season with Randle ahead of him, but more importantly, a shored-up center position with a returning Mitchell Robinson and Jericho Sims, plus new arrival Isaiah Hartenstein — meaning the potential “Toppin at the five” test minutes seem like a distant memory.

The question of “Can Obi Toppin break out in year three?” must be met with one question – can he even get on the floor enough to break out for the Knicks?

Hustle and Flow – The Keys to Toppin’s Success on Offense

What makes Obi Toppin an interesting player is the things he does that lend to an offense — the combination of athleticism, hustle, and his wherewithal amongst the offensive pecking order. We know about the athleticism, Toppin has an impressive highlight reel of dunks already, but his activity as a transition player is a true asset for the Knicks.

The difference between both him and Randle is a number one scorer who wants the ball. Toppin, to his credit, can weave in and out of offensive possessions without demanding the ball and can settle in a “garbage man” role — getting offensive rebounds, put-backs, and the likes. Being an effective role man or corner three threat allows more offensive responsibility for the likes of Brunson, Quickley, and RJ Barrett when handling the ball. That makes Toppin a much more intriguing player to work and build with when discussing higher usage players, like Donovan Mitchell as well.

The three-point shooting is the swing skill here. Toppin shot 30% from the outside both seasons in his career. While the three isn’t the most important skill, for Toppin to get on the floor, he’ll have to shoot and provide spacing. Combine improved shooting with his ability to score at the rim (72.8% at the rim last season) and Toppin, at the very least, offers a glass cannon offensive player, who can also move the ball around as an effective passer (2.3 assists per 36 minutes last season).

If there was anything that would hurt Toppin’s breakouts season, his defense and rebounding would be the reasons. Defensively, Toppin has improved from his days at Dayton, specifically his defensive base. The issue is he’s still a bit of a player on an island. Despite being an elite athlete, it hasn’t flashed on the defensive end (90 career stocks in 1913 minutes). Not a great defensive player in the pick-and-roll nor a real threat at defending the rim, Toppin has to show more defensive success in order to stay on the floor more, despite being a member of solid defensive lineups over the last two seasons.

The rebounding is another concern, with Toppin recording an 11.7% rebounding rate. However, he will almost never play without another big man alongside him, meaning, someone like Jericho Sims could be the benefactor if playing opposite of Toppin. That said, teams with size both at power forward and center — think Minnesota — or with multiple big bodies to throw at the basket — think Toronto — could get aggressive and use Toppin’s lack of rebounding skill against him.

Toppin is an effective player and a potential Randle trade could help accelerate his career as an excellent offensive big who can complement his teammates with his passing and ancillary skills. Add his ability to run the floor and Toppin could be an energizer for a team who could use some more juice in transition.

There are positives for Toppin entering year three, but his swing skill and weaknesses will determine if he can get there. The shooting is a concern, and almost a make-or-break skill to his game in the long run, as 30% shooting from the outside doesn’t work. Under a defensive-minded head coach like Tom Thibodeau, it’s tough to know just how much Thibs can trust Toppin on the defensive end, and Toppin’s lack of rebounding prowess often leads to second-chance points, and thus, Toppin is placed back on the bench.

Only time will tell whether Obi Toppin can have a true breakout season, and the skill set is enticing, but the weaknesses and ultimately, Thibodeau’s propensity to let him play through them, will be the difference.

»READ: What Can We Learn From Summer League?

»READ: What is Obi Toppin’s Fate if No Trades Come?